Holly Bodger, author of 5 TO 1, on trusting your instincts

We're thrilled to have Holly Bodger join us to share more about her debut novel 5 TO 1.

Holly, tell us about your inspiration for writing 5 TO 1.

5 TO 1 was inspired by a journal article I read about the consequences of son preference and sex-selective abortion in China and other Asian countries. After I finished this article, I could not put the idea out of my head. I told myself, “You are NOT going to write a dystopian-like novel in a time when dystopian is saturated,” but I did not listen. I started to imagine a future where there were no girls left. Since I write YA, I immediately jumped to thinking about what life would be like for one of the rare teen girls. I saw all the advantages she would have—money, choice, power—but I also saw how those advantages would tip the balance of society in the opposite direction of where it is now.

What do you hope readers will take away from 5 TO 1?

More than anything, I hope readers will realize that a lot of the history behind the 5 TO 1 world is not fiction. Yes, I have inserted some of China’s policies into India and I have exaggerated the situation to a ratio that is unlikely to actually occur, however the problem is still very real. According to the India Population Census of 2011, in children under the age of 6, there are almost 7 million more boys than girls. That means that in a decade or two, there will be 7 million boys facing the harsh reality that they may never get married or have children. This is bound to change the dynamics of gender relations and not in a positive way.

Trust your instincts. Writing may be a business, but it’s also an art. I absolutely believe that you should do everything you can to learn the best practices of writing—from plotting to characterization—but I also believe that when it comes down to it, you need to write what your gut tells you to write. Good books follow the rules and meet the market trends, but great books are different. Great books change the game. Great books set the trends. 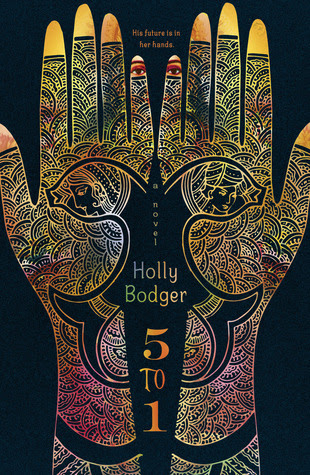 In the year 2054, after decades of gender selection, India now has a ratio of five boys for every girl, making women an incredibly valuable commodity. Tired of marrying off their daughters to the highest bidder and determined to finally make marriage fair, the women who form the country of Koyanagar have instituted a series of tests so that every boy has the chance to win a wife.

Sudasa, though, doesn't want to be a wife, and Kiran, a boy forced to compete in the test to become her husband, has other plans as well. As the tests advance, Sudasa and Kiran thwart each other at every turn until they slowly realize that they just might want the same thing.

This beautiful, unique novel is told from alternating points of view-Sudasa's in verse and Kiran's in prose-allowing readers to experience both characters' pain and their brave struggle for hope. 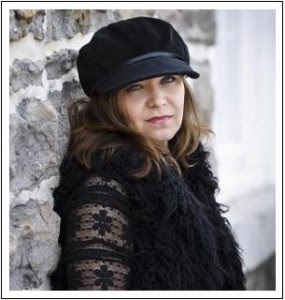 Holly Bodger is a long-time resident of Ottawa, Canada, and has been working in publishing since she graduated with an English degree from the University of Ottawa. She's represented by Lauren MacLeod of The Strothman Agency, LLC. Her debut novel, 5 TO 1, will be coming out May 12, 2015 from Knopf (Penguin Random House). She also the author of TEN which was a finalist for the 2013 RWA Golden Heart (YA Category).


Note from the formatter: sex-selective abortions and the preference of boys to girls in China and India is a very serious issue that I've also done some research on. There's a great documentary called "It's a Girl" (available of Netflix) that specifically focuses on this issue if you're interested in learning more. I highly recommend watching it, if you're interested. I find it very interesting to see how Holly incorporated this very real issue in a dystopian novel. -Shelly

What did you think of our interview with Holly Bodger, author of 5 TO 1? Let us know in the comments! Happy reading, Martina, Jocelyn, Shelly, Jan, Lisa, Susan, and Erin
Jocelyn Rish at 6:00 AM