Claire LaZebnik, author of WRONG ABOUT THE GUY, on talking back to the negative voices in your head

We're delighted to have Claire LaZebnik join us to share more about WRONG ABOUT THE GUY, her fourth book to be loosely based on a Jane Austen novel.

Claire, what was your inspiration for writing WRONG ABOUT THE GUY?

Like my three previous YA novels, WRONG ABOUT THE GUY was inspired by Jane Austen—more specifically in this case by her novel EMMA, which is one of the great literary works of all time. Wait—that makes it sound stuffy—it’s not! It’s a wonderful read, romantic and funny and frustrating and satisfying all at once. I was also inspired by the Amy Heckerling movie CLUELESS, which took Emma’s story and updated it and made it relevant and modern and approachable. I didn’t want to reinvent the same old wheel, so I took my novel in a very different direction—instead of following the original beat by beat, I just borrowed elements of the plot--but my dream is to succeed in keeping the spirit of Emma alive as well as Heckerling did.

Having just gone on and on about how this book was inspired by Jane Austen, I now have to admit that the part of the book I’m most proud of is the part that has nothing to do with Austen. I added my own subplot about Ellie’s little brother, who isn’t talking yet and has some unusual behaviors. Ellie’s mother is worried about him, but her stepfather isn’t, and Ellie is torn: she adores Jacob just the way he is, but she also wants to be supportive of her mother. It’s always a struggle for families to tease out what’s really concerning about a child and what’s just overly-hysterical parenting, and I tried not to weigh the argument too much on one side or the other. And it dovetailed nicely with the romantic plot--we can all occasionally be wrong about the little guys too! Sibling love can be as complicated as romantic love.

What do you hope readers will take away from WRONG ABOUT THE GUY?

So for the most part, this book is just supposed to be FUN-- it’s romantic and written to bubble along entertainingly. You want to take it to the beach? It’s ready to get sandy. But I don’t think there’s an author in the world who doesn’t try to sneak in a little meaning along with all the fun. As I mentioned earlier, I worked in a storyline that’s near and dear to my heart, about the family trying to figure out whether the little brother is just a late talker or actually has special needs. And I’d like to think that anyone reading it would see that the goal isn’t to label anyone or leap to conclusions, but to be a supportive family in every sense of the word and to pull together instead of apart when a situation is both challenging and complicated.

I’m so all over the place! A lot of my work is done standing up with my computer on top of this closed cabinet in our dining room—the height is perfect for me to type while standing. If I sit down at a table or desk to work, my little dog will jump in my lap and fall asleep on my arms and it gets hard to type or to get up again—so I stand when I can. But I’m most efficient when I leave the house to work, which usually means a coffee shop. I like to walk to my local Starbucks—it’s a good half hour walk from my house, so I get exercise and a good work environment with just the right amount of white noise—and of course a nice hot Americano. I used to go to Krispy Kreme a lot but I can’t walk there, so it’s not as good. But . . . donuts!

Keep moving forward, like a shark. The biggest problem in writing is getting bogged down, both in the creative process and in the waiting-to-be-discovered phase (there’s a lot of waiting in this business—agents and editors take a while to read).

Years ago, I learned to talk back to the voices in my head that like to tell me that what I’m writing sucks. I respond politely to them that while they may be right, I can always go back and edit later, and right now I just want to get to the end of the rough draft, thank you very much. I know that sounds insane—I mean, here I am admitting not only that I Hear Voices, but also that I Have Conversations with Them, but most writers I know wrestle with self-defeating self-criticism and this is how I deal with mine. It keeps me from giving up or slowing down and I DO get through a rough draft eventually as a result.

And as far as the waiting process goes, the best advice I have is don’t sit around waiting to hear back from the people who are reading the thing you just finished—always start something new. It’s the best feeling in the world to say to yourself, “What’s next? I’m freed up to work on anything I want!” Don’t deny yourself that high just because you don’t know what’s happening with your previous work. Best case scenario, someone wants to represent or publish the finished product and you have two projects on your desk; worst case, no one says yes to that one, but you’re already invested in something new and thrilling and feeling hopeful about that one. Being creative keeps you going. 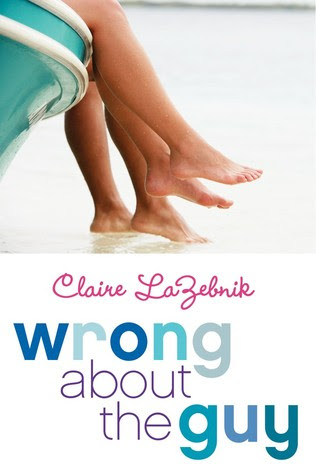 Claire LaZebnik's latest twist on a beloved classic asks the age old question: Could the girl who knows everything be wrong about the guy?

As the stepdaughter of a TV star, Ellie Withers has it all: an amazing house in LA, a devoted friend who loved her before she even knew who Ellie’s stepfather was, and a burgeoning romance with handsome Aaron Marquand. But Ellie isn't the kind of person who’s content with simply having it all—the people in her life have to be equally happy. And, of course, she knows exactly what they need.

When Ellie’s plans for her family, her friends, and even her love life don’t turn out the way she imagined, she begins to wonder if maybe she could stand to learn a thing or two after all. Most surprising, though, is that the perfect person to teach her is the last person she'd expect.

With her signature witty narration and swoon-worthy romance, Claire LaZebnik (the author of fan favorites Epic Fail, The Trouble with Flirting, and The Last Best Kiss) once again breathes new life into a perennially popular love story: Jane Austen’s Emma. 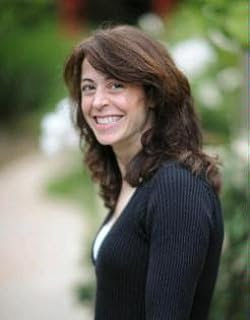 Claire LaZebnik grew up in Newton, Massachusetts, went to Harvard and moved to LA. (Her name was Claire Scovell for a large part of all that.) She's written five novels for adults, Same as It Never Was, Knitting under the Influence, The Smart One and the Pretty One, If You Lived Here, You’d Be Home Now, and Families and Other Nonreturnable Gifts. She's also published two YA novels with Harper Collins: Epic Fail and The Trouble with Flirting (due out in winter, 2012/3). With Lynn Koegel (who’s absolutely brilliant), she co-wrote Overcoming Autism: Finding the Answers, Strategies and Hope That Can Transform a Child’s Life and Growing up on the Spectrum: A guide to life, love and learning for young adults with autism and Asperger’s. She contributed to an anthology play called Motherhood Out Loud, and have been published in The New York Times, Self, Vogue and other magazines.

She lives in the Pacific Palisades with my husband Rob (who writes for “The Simpsons”), her four kids (Max, Johnny, Annie and Will) and too many pets to keep track of.


What did you think of our interview with Claire LaZebnik, author of WRONG ABOUT THE GUY? Let us know in the comments!