I love meaty craft posts, don't you? Especially when the author takes the time to deeply explain a technique that I am struggling with in my own writing. As awareness is rising among many authors for the need to write characters that represent the diversity of reality, I'm sure that I am not alone. Author Christine Kohler joins us today with her fabulous analysis of when and how to incorporate dialect and foreign words into our stories. Thank you, Christine!


Imagine you open a book and one character's dialogue is in a foreign language that you do not read. What would you do with the book? Probably close it and not read the story. I know I would, because it would frustrate me not to understand one side of the conversation.

Now imagine you open a book and one character's dialogue is peppered with foreign words that you don't understand. You sort of pick up the gist. But you're still not real sure what the character is saying. At best, you're turning to the glossary in the back of the book. At worst, you're looking up the foreign words online. Depending on how heavy the foreign words are, or how confused you get about what the character is saying and what is going on in the story plot, it is very likely you still might give up and put the book down.

Best case scenario, imagine you start reading a book and one character's dialogue is peppered with foreign words that you don't know; however, the foreign words are in context of actions and thoughts (interior monologue) and narrative that give clues and even rephrase the words in English. The story moves you through the foreign words in a way that you understand without having to look them up in an outside source or glossary. That's what I'm going to show writers how to do in this article.

Writing Resources:
First, though, it is difficult to discuss writing foreign words without talking about voice and dialect. I recommend you read on my blog Read Like a Writer the article "11 Tips on Writing Authentic Dialect."

Dialect based on POV:
Dialect in narrative voice should be very light. It can be heavier in dialogue. In general, the older the character the heavier the dialect and foreign language. This is because the older character is more likely to be a first-generation immigrant to the United States, and may have less education in a US school.

My novel NO SURRENDER SOLDIER is written in two different dialect point-of-views--a 15-year-old Chamorro, Kiko, and a Japanese soldier, Seto, who has been hiding in the jungle for 28 years after WWII ended. The story takes place on Guam in 1972, during the Vietnam War. The Chamorros and Guamanians speak Pidgin English. The Japanese soldier speaks Japanese and very little English.

I made a stylistic decision to put all of Seto's first-person dialogue and interior monologue in italics since he is speaking and thinking in the Japanese language. The narrative in Seto's chapters is in third person and not italicized.

Terms of Endearment:
One thing I believe writers should do when writing about a specific culture is to use the proper terms of address, especially for family members. I had a little problem in that in Chamorro the word "Nana" means mother, whereas, in the United States mainland "Nana" means grandmother. I got the idea to include a page before the prologue with "Chamorro terms of address" from Linda Sue Park's Korean WWII novel WHEN MY NAME WAS KEOKO. Neither of our historical novels include glossaries in the back of the book, which shows the actual foreign words are not abundant. However, many books do have foreign word glossaries in the back.

Example: Words in Context:
Let's return to that best case scenario where foreign words are in context of actions and thoughts (interior monologue) and narrative that give clues and even rephrase the words in English.

… Besides, if things did not go well in battle, Seto knew what his superiors required of him. To die honorably, and go the way of the cherry blossoms. He looked at the bayonet on the end of his rifle and swallowed hard against what felt like a peach pit stuck in his throat. He had pledged to die in battle for Emperor Hiro Hito. But could he commit hara-kiri like a true samurai?


Notice in the paragraph above that I never added a separate sentence or clause that defines hara-kiri. It's not necessary to even use the word suicide, or to describe in gruesome detail how samurai committed seppuku, disembowelment. It's enough for the reader to know that hara-kiri will lead to Seto's death.

Also take note in that paragraph the saying, "To die honorably, and go the way of the cherry blossoms." I use this wording "go the way of the cherry blossoms" quite a few times throughout the story. I made a stylistic decision to make Seto's language poetic more than adhering to how a Japanese speaker might sound. As many Asian languages do not have articles like in the English language, I tried to leave articles out where it enhanced the poetic dialect.

Example: Words Requiring Direct Translation:
Some foreign words require a direct translation for the reader to understand. Here are two different passages in NO SURRENDER SOLDIER where I handled the translations in different ways. The first passage (P. 13) in Chapter 1 is Kiko's mother waiting on two Japanese tourists. Grandfather (Tatan) had just offended them:

Nana scurried toward the counter and apologized to the Japanese girls, while bowing her head and shoulders repeatedly. “I am so sorry. Dozo. My apologies. Dozo.” She gave the girl change.


In the passage above it is clear that the Japanese word "dozo" means "sorry" and "my apologies." This passage also reveals that Nana speaks Japanese (at least a little; later the reader learns students were taught the language in school during WWII), and that she knows Japanese customs such as bowing. Earlier in this chapter Nana would not bow, even though it would have been a polite courtesy to her Japanese customers vacationing on Guam.

The reason all of these parts are so important as a whole is because creating a character of a different culture and language is deeper and wider than just giving the character an ethnic or foreign name and throwing in a few foreign words.

Example: Direct Translation Set Off by Em Dashes:
This next passage (p. 20) in Chapter 2 is from Seto's point of view. I rarely use this technique of a direct translation set off by em dashes, but in this case I did not want to lose the continuity and flow of the action, or the internal monologue showing his emotions and reactions. At the same time, I felt that many readers would not know what kamikaze means. I would caution against using this em dash technique except in a pinch when it fits. (Like a pinch of pepper! Or, pepper in a pinch.)

Deception and trap, indeed, Seto had thought at the time. Ha! Japan could not lose with its kamikaze—divine wind—Buddha’s blessings, and the divine Emperor himself ordering the war. Time dragged on. Shellfire ceased. Bullet sniping silenced. Seto became disheartened; Japan must have lost the war.


Read Widely From Well-Written Novels:
As for how heavy or light to make the Pidgin English dialect, Newbery-winning Richard Peck advised me to read Graham Salisbury, who also writes Pacific Islander literature. Peck said, read well-written books in the place and era you are writing and model the masters. I would add, read how dialect is written in books within the past five years. In particular, I found Blue Skin of the Sea by Salisbury helpful. I've also critiqued with a Hispanic writer and so studied Pam Munoz Ryan's novels.

Besides reading other children's lit books with foreign language peppered within English language text, I recommend reading literature from authors in the language of your characters. For example, to create the tone and cadence of Seto’s voice in NO SURRENDER SOLDIER, I read gothic poetry from Akinari, an 18th century Japanese poet.

Finally -- Don't Confuse Your Reader!:
In conclusion, I leave you with these reminders: Story first. Clarity is imperative. If the reader stumbles over words repeatedly he will throw the book down unfinished. It is better to include no foreign words in your story at all than to frustrate English-only readers.

However, if you can pepper foreign words in skillfully, and make the general meaning understandable within context, then foreign words are one more tool in a writer's arsenal to capture authenticity in voice, dialect, and culture. 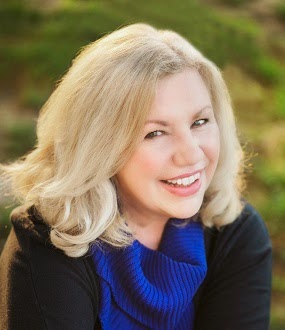 Christine Kohler is a graduate of the University of Hawaii, then lived in Japan and Guam, the setting for her debut novel NO SURRENDER SOLDIER, Merit Press (Adams Media/ F+W Media), 2014. She worked as a foreign correspondent for the Pacific Daily News and Gannett Wire Service, covering the West Pacific. She later worked as an editor and copy editor for the San Antonio Express-News, a Hearst daily. Besides being a journalist, Kohler worked as a media specialist in PR and marketing, middle and high school teacher, and writing instructor for the Institute of Children's Literature (ICL). She has 17 children's books published. Kohler now lives in Texas. 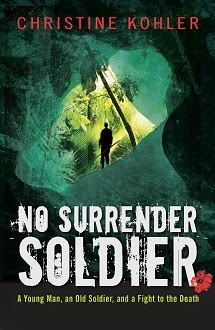 A young man, an old soldier , and a terrible injustice. Should the punishment be death?

Growing up on Guam in 1972, fifteen-year-old Kiko is beset by worries: He’s never kissed a girl, and he thinks it’s possible he never will. The popular guys get all the attention, but the worst part is that Kiko has serious problems at home. His older brother is missing in Vietnam; his grandfather is losing it to dementia; he just learned that his mother was raped in World War II by a Japanese soldier.

It all comes together when he discovers an old man, a Japanese soldier, hiding in the jungle behind his house. It’s not the same man who raped his mother, but, in his rage, Kiko cares only about protecting his family and avenging his mom – no matter what it takes. And so, a shy, peaceable boy begins to plan a murder. But how far will Kiko go to prove to himself that he’s a man?

Based on a historical incident, No Surrender Soldier is the story of a boy grappling with ancient questions of courage and manhood before he can move on.