We hear it all the time, “start with action.” I see the results of that every month in the First Five Pages Workshop, where writers have heard it so often they automatically think they have to start with a murder, a car crash, or an explosion to get someone’s attention.


But here’s the thing. Every novel has its own speed, and its own readership. There's no one-size fits all solution.


The critical aspect of pacing for any novelist is control—knowing why you’re making the choices you’re making and knowing how those choices will affect your readers. Compulsion, for example, starts slowly to build the world and the sense of disorientation my main character feels as she slips from the everyday world into a world of magic. But as she becomes immersed in that magic, the pace picks up.

Compulsion was long-listed for the SIBA Book Award from the Southern Independent Bookseller's Alliance this week, so I'm in the mood to celebrate. How about another mystery box giveaway? Four books and/or ARCs, mix of old and new. Sound good? 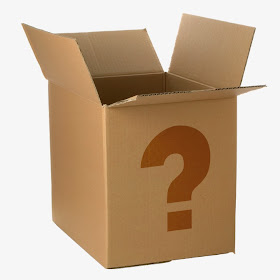 Any thoughts on pacing? Do you struggle with it in your novels? Do you get tired of the books that go at light-speed from start to finish? Or do you need that non-stop adrenaline rush? Leave a comment!