Lisa, what was your inspiration for writing HONEY GIRL?

Although I never lived in Hawaii, my father’s business took us there so frequently that it felt like my home away from home. I learned to hula, listened to Hawaii calls, and played a ukulele. When I was 16, my father died after several heart attacks. It was an inconceivable loss. My whole world turned upside down and Hawaii was erased off the map. Although my family didn’t live on Oahu, it was the place I felt most at home. I confidently fit in with my dark hair, eyes, and skin from spending day after day in the tropical sun. Where I grew up in Southern California, the beach was dominated by blonde-haired, blue-eyed locals. My journey of learning to assimilate while coping with the loss of my father was the inspiration behind Honey Girl and what makes this novel semi-autobiographical.

In the early drafts of Honey Girl, Nani’s father died toward the end of the book. Writing the scene was impossible, and I finally remedied the whole situation by having him die before the book starts. One of my favorite scenes is in Chapter 26 when Rox starts actually ingesting food. Don’t want to be a spoiler, so excuse my generality.

My writing ritual is very simple. When I have time, I do it without apology. I work in a studio split between one very bright room under a 100-year-old pepper tree, and a dark room with one small window, which my family has fondly nicknamed “The Cave.” That’s where I write. Every morning I go into The Cave, sit down at my desk with blank white paper and a pen, and turn on music without lyrics or in another language to help me focus. When I was working on Honey Girl, I watched surf movies and hula competitions such as the Merrie Monarch Festivals to remind me of the place I love most in the world: Hawaii.

Write every day, even if it’s only a sentence.

Currently, I am working on a paranormal romance called Prove It.

My AHA! moment was when I finally agreed with what every publisher was telling me. Honey Girl was YA. 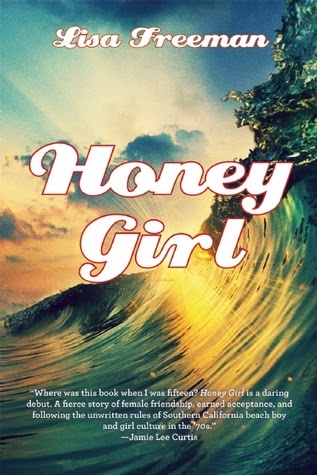 The year is 1972. Fifteen-year-old Haunani “Nani” Grace Nuuhiwa is transplanted from her home in Hawaii to Santa Monica, California after her father’s fatal heart attack. Now the proverbial fish-out-of-water, Nani struggles to adjust to her new life with her alcoholic white (haole) mother and the lineup of mean girls who rule State Beach.

Following “The Rules”—an unspoken list of dos and don’ts—Nani makes contact with Rox, the leader of the lineup. Through a harrowing series of initiations, Nani not only gets accepted into the lineup, she gains the attention of surf god, Nigel McBride. But maintaining stardom is harder than achieving it. Nani is keeping several secrets that, if revealed, could ruin everything she’s worked so hard to achieve. Secret #1: She’s stolen her dad’s ashes and hidden them from her mom. Secret #2: In order to get in with Rox and her crew, she spied on them and now knows far more than they could ever let her get away with. And most deadly of all, Secret #3: She likes girls, and may very well be in love with Rox. 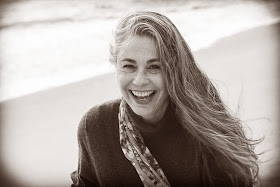 Lisa Freeman started her work as an actor and has been in numerous TV productions and films (Mr. Mom and Back to the Future I & II to name a few). She performed at the Comedy Store, which led to her writing career in radio and spoken word. Freeman has a BA in liberal studies and creative writing, an MFA in fiction, and a certificate in pedagogy in writing from Antioch University. Inspired by the LA region and semiautobiographical, Honey Girl reminds Freeman of a time when she was the color of tan-before-sunscreen, when she drank Tab by the six-pack and smoked Lark 100s, and when girls were not allowed to surf. Honey Girl is her debut novel.


a Rafflecopter giveaway
Lisa Gail Green at 6:00 AM