Jeanne Ryan, author of CHARISMA, on using anxiety as fuel for writing

We are happy to have Jeanne Ryan here with us to talk about her newest novel CHARISMA.

Jeanne, tell us about your inspiration for writing CHARISMA.

There were many things that inspired this story, but one key inspiration evolved from trying to deal with fear that had gotten out of control. My family had planned a trip to Indonesia to visit my husband’s relatives, and I prepared by reading everything possible, including the State Department travel site, which can be a scary place. They highlighted a rabies warning for Indonesia, especially in Bali where we’d be spending a good chunk of our time. I started to freak out about this since the island is reputed to be a mecca for stray dogs (and visitors are told to visit the Monkey Forest at their own risk).

As the vacation approached, my level of fear got crazier and crazier until one night, I’d just had it. I told myself to come up with a silver lining for all of this angst. Use it. Own it. After all, I had already planned to take advantage of the trip by setting the novel I was writing in Bali. Why not take the threat of rabies and channel my fear (okay, terror) into something productive? So I did. Thanks to the alchemy of fiction writing, my anxiety was consumed as fuel, which yielded a story premise: A deadly virus with an unexpected upside—rock star charisma. Then, as story ideas do, the idea morphed further into the tale of a charisma drug delivered via a virus with an unexpected downside. I still suffered a few basket-case moments during our travels, but mostly I had a great time. And, as it turned out, I set the novel in the US, so those Bali notes will have to wait for another book.

The hardest scene to write for me is always the opening scene, because I have to try out so many different versions and variations of versions before I land upon something that makes me (and my editor) happy. However, it’s also the easiest scene to write in a way, because openings arrive with a fresh slate, endless possibilities, and a whole lot of energy.

The scene in this book I particularly love occurs near the end. In an attempt not to give away any spoilers, I’ll say it involves the main character Aislyn and a guy named Shane in the aftermath of a creepy assault. I like this scene because it shows how far the relationship between these characters has developed.

I’ve had several AHA! moments, each time thinking I’d discovered the secret key to novel writing. The first was accepting that it’s okay to delete stuff I’d (often laboriously) written. Sometimes great swaths have to be cut in order to make way for something better. The sooner an author learns to detach, the healthier. The second AHA! moment was appreciating the value of using a plotting strategy. Sure, I’d heard of The Hero’s Journey, but I was never really convinced. However, eight-point screenplay structure and the Beat Sheets described in Save the Cat by Blake Snyder made a whole lot of sense to me. Whichever strategy speaks to you, the point isn’t so much in sticking to a formula as it is to make sure key story elements are included. My third AHA! moment was in understanding that, ultimately, it’s all about the emotion. No matter how genius your plot or your prose, your story is as resonant as the emotion it evokes from your reader.

Check with me in a year or two and I’ll probably have experienced another AHA! moment by then. 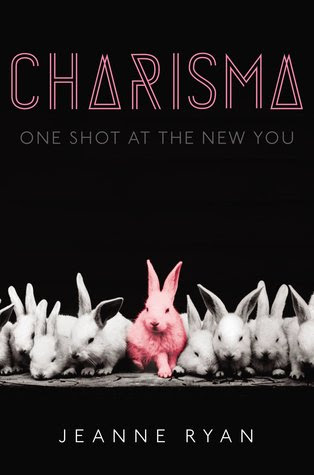 Jeanna Ryan writes young adult stories that could take place next week — but let’s hope they don’t. She's the author of NERVE (which is being made into a movie) and CHARISMA. She's lived all over the world, raised in a family with eleven brothers and sisters and spent her early childhood in Hawaii and the rest of her growing-up years trying to figure out a way to get back there, with stops in South Korea, Michigan and Germany along the way. These days, she still loves Hawaii, but has found her home under the moody skies of the Pacific Northwest.
Jocelyn Rish at 7:00 AM