Cori McCarthy, author of BREAKING SKY, on the importance of revision

We're pleased to have Cori McCarthy join us to share more about her latest novel BREAKING SKY.

Cori, how long did you work on BREAKING SKY?

I wrote the first draft in about six weeks, and then I spent a year revising it with the help of my super agent and a few wonderful beta readers. After that, I spent another year revising it with my editor. Breaking Sky underwent several astounding makeovers and reimaginings. The only story element that stayed throughout the long haul was Chase’s character. I always knew that I wanted her to be tough to love and have a rather heartbreaking history. And I always knew that I wanted to balance that reckless spirit with an enormous love of flying.

Writing books is cathartic. I knew when I started Breaking Sky that I wanted to write about a girl who had been so hurt in the past that she had become careless with other people’s feelings. In short, this is the story of my teenage years. It took me a long time to come to grips with the fact that I had been callous with people’s feelings, and I’m still trying to make amends. To help me process, I wrote Chase’s story, and I hope that if a reader identifies with Chase’s carelessness, they might also find the road back to trusting and valuing other people’s feelings.

I’m an editor with YellowBirdEditors.com, and I provide manuscript critiques as well as monthly writing coaching. There’s one piece of advice that I offer to all the writers who work with me: It is not hard to write a book. It’s hard to write that same book seven times, which is exactly what you need to do to become a published writer. Revision is key. If you cannot revise your own writing, you need to find someone/some class/some book to help teach you how to do it.

I’m so very excited to talk about my new book! It’s a contemporary story called, You Were Here, and it follows five point of view characters during the summer between high school and college. It’s full of snark, dark humor, fights, and misfit love. The book will be out in spring 2016 from Sourcebooks! 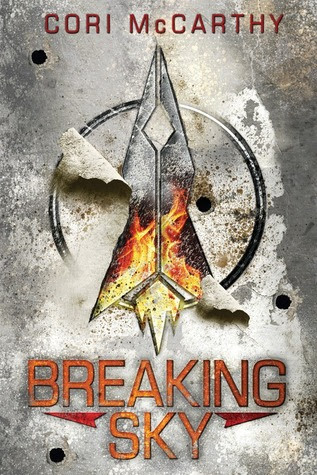 In this high-flying, adrenaline-fueled debut thriller, America's best hope is the elite teen fighter pilots of the United Star Academy

Chase Harcourt, call sign "Nyx," is one of only two pilots chosen to fly the experimental "Streaker" jets at the junior Air Force Academy in the year 2048. She's tough and impulsive with lightning-fast reactions, but few know the pain and loneliness of her past or the dark secret about her father. All anyone cares about is that Chase aces the upcoming Streaker trials, proving the prototype jet can knock the enemy out of the sky.

But as the world tilts toward war, Chase cracks open a military secret. There's a third Streaker jet, whose young hotshot pilot, Tristan, can match her on the ground and in the clouds. Chase doesn't play well with others, but to save her country she may just have to put her life in the hands of the competition.

In geographical history, Cori was born on Guam, grew up in New England and the Midwest, studied abroad in Ireland, and now lives in Michigan. She’s traveled everywhere from Scotland to St. Petersburg, Albania to Montenegro. Like her hero Walt Whitman, her favorite city on the planet is Washington, D.C., and her favorite off-planet city is Entra.

Cori is the author of several YA books. Kirkus called her debut novel, THE COLOR OF RAIN, “[an] elegantly written and emotionally cathartic page-turner.” Her second novel, BREAKING SKY, received a starred review from School Library Journal, and Kirkus labelled it “smart, exciting, confident–and quite possibly the next Big Thing.” Her third YA novel, YOU WERE HERE, is a contemporary story, forthcoming in the spring of 2016.