News to Share: An Interview With Contest Winner Rosalyn Eves and Her New Agent, Josh Adams of Adams Literary!

You may all remember a little contest we did a few months back called Pitch Plus Five. Well, we have some good news to share! Grand Prize Winner, Rosalyn Eves, went on to receive multiple offers of representation. And since we always enjoy sharing the love,  we've asked both Rosalyn and her new agent, the amazing Josh Adams of Adams Lit, to join us for an interview. 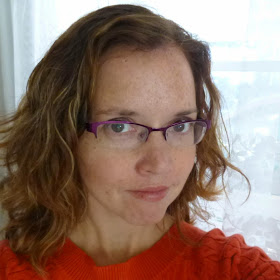 1. Rosalyn, How long have you been seriously writing?

That’s kind of a hard question to answer. I first started thinking of myself as a writer when my fifth grade teacher told me I had a talent for it. I wrote all kinds of things through junior high and high school (including an inflated fantasy trilogy that is now safely trunked), but in college I got sidetracked by academics. After I graduated with a BA in English, I continued on, earning an MA and a PhD, also in English. These degrees required a lot of writing, but very little of it was creative. It wasn’t until about three years ago that I started writing fiction again. My sister was writing, and watching her made me realize that my goal of publishing a book wasn’t going to happen unless I started now.

2. Did you ever have a moment when you thought you were going to give up?

A few—I imagine most writers do! One of those moments, oddly enough, was shortly before I got my first call offering representation. I just felt overwhelmed and discouraged by recent rejections. I think sometimes we can’t see how close we are to success until it happens. Luckily, most of those moments don’t last long for me. One of the nice things about having finished a lot of degrees is that I’ve learned I’m stubborn: I have a hard time letting go of things once I start them. I might not reach my goal as quickly as I’d like, but I do eventually get there.

3. How did you decide to enter Pitch Plus Five? What was the contest like?

I saw an announcement on twitter and thought it sounded interesting. I’d recently had a little bit of luck in one of Miss Snark’s First Victim’s Secret Agent contests and I was waiting to find out the results of Pitch Wars (I didn’t think I had much hope of getting in), so I entered. I was hopeful of making it into the second round, but I didn’t really expect to get past that—I was mostly looking for feedback on my opening pages: what worked, what didn’t.
I had a great experience: I got some positive feedback from readers and other contestants, and several of us connected on twitter. Honestly, I think getting to know other aspiring writers is one of the best parts of contests like this!
I was excited to make it into the second round, thrilled to make it into the top ten, and stunned to actually win—much less get serious requests. I think I wound up with requests from six of the participating agents.

Here, I need to back up just a little. In addition to Pitch Plus Five, I wound up getting into Pitch Wars, and between the two contests I had over a dozen agent requests. I queried some as well. Just before Thanksgiving, I heard back from one of the agents from Pitch Plus Five: she’d loved my manuscript and could we talk?
I have to admit that I was really anxious going into that talk: I wasn’t sure what to expect, and part of me was afraid she’d admit she made a mistake if she actually talked to me. Luckily, that didn’t happen. Instead, we had a delightful conversation. She was smart, savvy, and incredibly, she loved my book. So I sent out emails to the other agents who had my manuscript—even just those who had my query.  This last turned out to be a good move, as I ended up with more full requests (even a couple of offers) out of those queries.
Then came the hard part. This is the dark side of getting an offer that not very many people seem to talk about: I had to make a decision. I ended up with five offers (two of them from PP5!)—and every one of those agents was a terrific individual who loved my book enough to want to represent it. I talked to their clients, scoured information about them and their agency, and agonized over which agent to go with. I’m confident that I could have had a good career with any one of them—but I could only pick one. Turning down nice people who loved my book was one of the hardest things I have ever done.
In the end, I went with the agent I personally connected with the most—I think it helped that I’d met him at a conference earlier that year, and he represents a good friend of mine so I knew what I could expect of him. I accepted an offer of representation from Josh Adams, of Adams Literary (http://www.adamsliterary.com/).

Josh has already gotten back to me with some suggestions to strengthen my manuscript before we go on submission, so I’m tackling those revisions and writing up synopses for possible sequels. I’m also trying to get started on an entirely new manuscript.
I’m a little sad that my contest days are over—I had a lot of fun with them—but I’m excited to move on to the next stage of publishing.

Josh: what was it about Rosalyn and her writing that made you decide to extend an offer of representation?

I had the opportunity to meet Rosalyn last April at the LDStorymakers conference—and the chance to read the opening chapter of her novel, THE BLOOD ROSE REBELLION. I was immediately taken with the strength of her writing and the concept behind the novel. The world she created was intriguing, atmospheric and fresh, and the writing lush, lyrical and engaging. It seemed to be the perfect blend of the type of YA I love to read—at once literary and commercial, with a setting I hadn’t seen before and a pace that made me want to keep turning the pages. I remember clearly that I struggled to come up with constructive feedback on the first chapter, as it was already in such great shape. When we discussed the manuscript in an open critique forum, and I learned that Rosalyn was a professor, it reinforced what I could already tell from her writing: that she’s a smart person and a conscientious writer.
When Rosalyn queried six months later, I was excited to read the full manuscript, as the opening chapter had lingered with me all those months. It didn’t surprise me when she wrote back a few days later to let me know she already had an offer of representation (which would ultimately turn out to be many offers of representation). The novel didn’t disappoint, but continued to impress page after page until its satisfying conclusion. Speaking with Rosalyn on the phone, I was equally impressed with what an intelligent, well-spoken and thoughtful person she is, and I could tell not only that she was committed to her craft, but also willing and able to make her work as strong as possible, with an eye toward a longterm career—exactly the things we look for in an author. I thought we’d be an excellent fit, and it didn’t hurt that she’s friends with some of our extremely talented authors in her area, so I felt confident we’d also be a good personality match.


I am incredibly thankful to be working with Rosalyn, and look forward to sharing her debut with editors—and helping her launch what I believe will be a spectacular career. Rosalyn is someone special—and I know her writing will find a dedicated following who, like me, will both savor and devour every page of her work.
Lisa Gail Green at 6:00 AM