Elissa Sussman, author of STRAY, on tenacity and developing a thick skin.

What is your favorite thing about STRAY?

I love Aislynn’s friendship with Linnea and with Brigid. My female friends were such a vital part of my teen years and I wanted to write a story that really celebrated that type of relationship. Because of that, all the scenes between the girls ended up being the most fun to write.

The initial idea – a school for fairy godmothers – came to me while I was re-watching Disney’s Cinderella for a college paper. It was the first time I really took note of how the fairy godmother was treated. She’s incredibly powerful, yet she’s portrayed as frumpy and scattered. That little observational spark took off and eventually helped form the culture of the Path.

From start to finish (rough draft to publication), STRAY took about four years. However, it took five years before that to actually sit down and write it. There’s got to be some sort of procrastination award for that.

I had a pretty smooth road to publication. Of course, there were years of writer’s block and months of constantly, obsessively checking my email for query responses, but I’ve been pretty lucky. Technically STRAY is the first book I’ve ever written, though it was a very different story in its earliest incarnation with a different title and different characters.

A cup of tea, my sofa and complete silence is my favorite way to write. Bonus points if my dog, Basil, decides to join me, though he prefers picture books.

I’ve always felt that writing requires three things: talent, tenacity and a thick skin. Perfecting the last two skills is the best way to achieve the first. In other words, if you don’t give up and are able to learn from constructive criticism, you’ll become a better writer.

Currently I’m working on the follow up to STRAY, titled BURN. It’s set in the same world, but will follow a new set of characters, while still checking in on Aislynn and the others. I’m having a great time writing it! 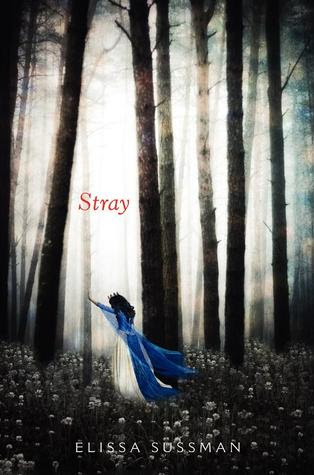 Princess Aislynn has long dreamed about attending her Introduction Ball, about dancing with the handsome suitors her adviser has chosen for her, about meeting her true love and starting her happily ever after.

When the night of the ball finally arrives and Nerine Academy is awash with roses and royalty, Aislynn wants nothing more than to dance the night away, dutifully following the Path that has been laid out for her. She does not intend to stray.

But try as she might, Aislynn has never quite managed to control the magic that burns within her-magic brought on by wicked, terrible desires that threaten the Path she has vowed to take.

After all, it is wrong to want what you do not need. Isn’t it?

STRAY is the first in a collection of intertwined stories, all set in a world where magic is a curse that only women bear and society is dictated by a strict doctrine called The Path. A cross between The Handmaid’s Tale and Wicked, with a dash of Grimm and Disney thrown in, this original fairy tale will be released October 7th, 2014 from Greenwillow Books/HarperCollins.

Elissa Sussman is a writer, a reader and a pumpkin pie eater.

Her debut novel, STRAY (Greenwillow Books/HarperCollins), is a YA fantasy about fairy godmothers, magic and food. She received her BA from Sarah Lawrence College and in a previous life managed animators and organized spreadsheets at some of the best animation studios in the world, including Nickelodeon,  Disney,  Dreamworks and Sony Imageworks. You can see her name in the credits of THE CROODS, HOTEL TRANSYLVANIA, THE PRINCESS AND THE FROG and TANGLED.

She currently lives in Los Angeles with her boyfriend and their rescue mutt, Basil.