I’d say first and foremost, I knew I wanted to try something completely different from what I’d been writing previously. I’d never written a thriller and to be honest, when I started TABULA RASA I wasn’t even sure what genre it was going to be. I knew I wanted to write something with a lot of action and I’d always loved the Bourne Identity  reboot. I thought the premise of the Bourne stories was such a perfect metaphor for adolescence: trying to figure out who you are while people are bearing down on you.

Also I had this question in my mind when I was mulling the story idea over: “Would you be innocent again if you couldn’t remember the wrongs you had done?” That was the starting point and then that question got me thinking about identity, what builds it up and what tears it down. Who would you be if you didn’t know anything about yourself, not even what you looked like? I was intrigued by the duality of this idea of throwing the past away and beginning anew as a blank slate. Is it liberation or loss?

I started the book in June 2011, about two months after my son was born. (I know, it was insane.) I worked on it as much as a newborn would allow those first few months and then very intensively in January/February 2012. I had this feeling like I HAD to finish this story or I was just going to die. And I suppose that’s about the level of commitment you need to finish when you’re writing a novel and getting ZERO sleep. (My son was a lousy sleeper those first 9-10 months of this life.)

I’d put my road to publication story in the category of “super hard.” I started out writing adult literary fic after I got my MFA, and after two very long, long novels that got some interest but ultimately went nowhere, I put writing aside. I figured, “Welp, that’s it. Wasn’t meant to be.” It took about five years of no writing for me to start getting the itch to write again. So I guess what I’m saying is, I tried to quit and couldn’t make it stick. But it was also the shift to writing YA that made all the difference. I realized that writing was a whole different ballgame when you actually wrote what you loved to read. So from that point forward, I wrote and heavily revised two YA novels before TABULA RASA. One of them was on sub for about a year but never sold. That was a really dark, discouraging time.

What's your writing ritual like? Do you listen to music? Work at home or at a coffee shop or the library, etc

I don’t listen to music when I write. I don’t know how people do that. I “prefer” total quiet and zero distractions, but seeing as I never, ever get what I prefer, I’ve evolved to the point where I can pretty much write anywhere. The back of a runaway horse, the surface of the moon, while juggling flaming chain saws—whatever! People ask me all the time how I can write when I have four kids and the answer is, “I just do whatever I can, whenever I can.”

The sequel to TABULA RASA! It just sold a couple weeks back. The title at the moment is INCOGNITA and it’ll be out in Spring 2016—hopefully early spring, but there’s no hard date just yet! 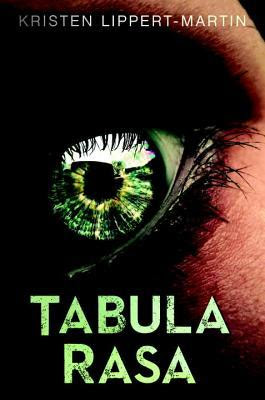