Craft of Writing: Creating a Treatment for Your Book Trailer by Rachel Wilson

Rachel Wilson is the debut author of the YA novel, DON'T TOUCH, the heart wrenching story of a girl suffering a severe anxiety disorder. She has been likened to Laurie Halse Anderson, and in my books, that is some of the highest praise you could achieve as an author. DON'T TOUCH hit shelves on September 2nd.

Creating a Treatment for Your Book Trailer by Rachel Wilson

When my director friend Matt Miller said he wanted to direct a trailer for Don’t Touch, I did cartwheels. When he asked what my dream trailer might look like, I began to twitch and mumble.

Time for a treatment. Planning a book trailer can be daunting. If you’re working with a director or photographer, a treatment will put everyone on the same page. Even if you’re making the trailer all by your lonesome, a clear plan for what you intend to shoot is a must. 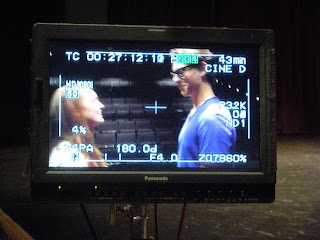 A treatment outlines what will be seen on screen—it gives a sense of tone and reads in present tense. Yours may look like a screenplay script, or it may read more like a synopsis of shots. The format is not so important as helping the team envision the final product and creating a guide for shooting.

Here are a few strategies based on what I learned while working on the trailer for Don’t Touch:

Ask what the central message is that you want viewers to take away from your trailer. This will be close to your one-line synopsis and hint at the central conflict of the book. For Don’t Touch, we wanted to make it clear that Caddie has a fear of touching other people’s skin and that this conflicts with her desire to be close to Peter. 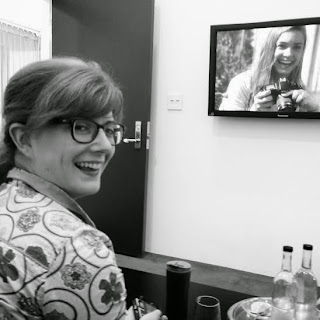 Collect key text from the book that you might want to use in your trailer. This might be narration or dialogue; it might be heard during the trailer or spoken as a voice over or in-scene. For us, a couple of lines of narration that captured our central message jumped out almost immediately.

Make a list of images from the book that might work in your trailer. Don’t limit yourself at this point—just brainstorm. And get descriptive. Your character is tumbling downhill—do you picture that as a series of jump cuts or in slow motion? What time of day is it? Do we see this from a distance, or is it more important to see a close-up of the terror in his eyes?

Use cinematic language. Your treatment needn’t be as rigid or specific as a script, but if you have a specific vision for certain moments (slow motion, extreme close-up, quick cuts), including those can help the whole team visualize together.

Is there a controlling image that might serve as an anchor for the rest of your trailer? For us, this was Caddie falling into the swimming pool. There’s no rule that says you need to work in chronological order—one strong image might be all you need, or you might choose, as we did, to use a single image as a frame for the rest, beginning, middle, and end. 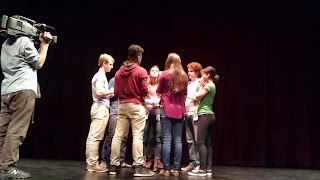 Group images by location and prioritize. Each location adds time for travel and setting up equipment, and some will require payment or favors to access. For our one-day shoot, we aimed for no more than three locations. Can you avoid a hard-t0-find setting by using an extreme close-up? Must that shot take place in a classroom, or could it happen in the bedroom you’re already using?

Arrange and rearrange. Play with different combinations of image and text until your treatment has a sense of progression that you like.

Find visual connection between images. This helps pull the viewer through the trailer, creates visual interest, and tells a story on a subconscious level. In our treatment, we set up a parallel between Caddie stepping onto stage for an audition and stepping up to the edge of the pool. For her, there’s an emotional connection between those two acts. Our editor, Travis Hockswender, found other parallels in our footage that we hadn’t planned on. Notice around 0:47 how Caddie’s spin flows into Peter turning to sit down. 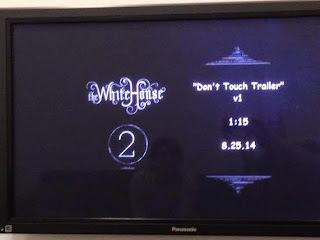 Be flexible with your treatment in shooting and editing. That moment at 0:47 wasn’t in our treatment but rather a happy accident. Likewise, the moments of Caddie and Peter mirroring each other’s hands were improvised during our shoot. The treatment is only a guide, so allow for discovery.

Time the treatment. Set a timer and, as best you can, speak or visualize through the shots you have planned. Short is best both for keeping attention and for conserving resources. Think of your trailer as the visual equivalent of a poem—just like every word in a poem counts, every shot in your trailer has to earn its place.

Most importantly, get inspired. A trailer isn’t worth the trouble if you aren’t going to have fun making it, so put on your film-making hat, watch the trailers for books similar to yours, gather inspiring images, and tap into the same creative energy you bring to your writing!

For the curious, here’s a peek at what the first moments of our treatment looked like on paper:

VO: There are so many things in the world that can cause pain…
Image: Overhead of a trust circle—students being passed around the center.
Image: Caddie’s hands and Peter’s almost touching/coming together.
Image: Caddie and Peter’s mouths close up on the verge of a kiss.

VO: And people—people do it best.

Watch The Book Trailer Below! 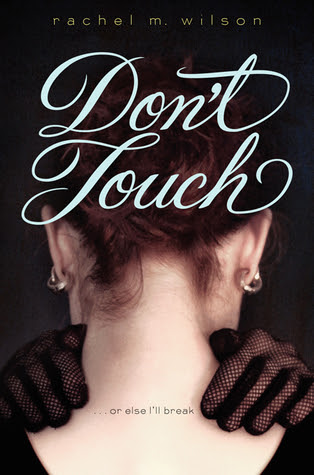 Step on a crack, break your mother's back,
Touch another person's skin, and Dad's gone for good . . .

Caddie has a history of magical thinking—of playing games in her head to cope with her surroundings—but it's never been this bad before.

When her parents split up, Don't touch becomes Caddie's mantra. Maybe if she keeps from touching another person's skin, Dad will come home. She knows it doesn't make sense, but her games have never been logical. Soon, despite Alabama's humidity, she's covering every inch of her skin and wearing evening gloves to school.

And that's where things get tricky. Even though Caddie's the new girl, it's hard to pass off her compulsions as artistic quirks. Friends notice things. Her drama class is all about interacting with her scene partners, especially Peter, who's auditioning for the role of Hamlet. Caddie desperately wants to play Ophelia, but if she does, she'll have to touch Peter . . . and kiss him. Part of Caddie would love nothing more than to kiss Peter—but the other part isn't sure she's brave enough to let herself fall.

From rising star Rachel M. Wilson comes a powerful, moving debut novel of the friendship and love that are there for us, if only we'll let them in. 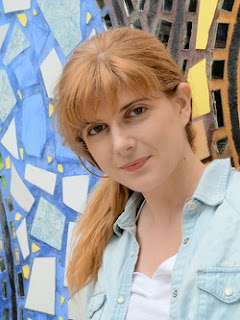 Rachel M. Wilson is the author of the contemporary YA, DON'T TOUCH, forthcoming from HarperTeen, Sep. 2, 2014.

She graduated from Northwestern University and holds an MFA in Writing for Children & Young Adults from Vermont College of Fine Arts. Rachel grew up in Birmingham, AL, and she currently writes, acts, and teaches in Chicago, IL.