Kate Brian is the author of many YA novels, under this name as well as Kieran Scott. The second book in Kieran's True Love trilogy, COMPLETE NOTHING is hitting store at the end of September. The third and final book in Kate Brian's Shadowlands trilogy, ENDLESS, came out in July!

For the longest time, I have been on a crazy writing schedule. The Private series was published twice a year, and once it spawned the spin-off Privilege, I was publishing three or four times a year. And yes, I was writing all the books myself (with plotting assistance from my editors). At the same time, I was developing other projects and working on some non-fiction, basically doing everything I could to keep my brain fresh and keep paying the bills. Occasionally someone would ask me, “How do you do it?” (My answer? “I don’t know. I just do.”) Or, the less kind, “When do you think you’re going to hit the wall?” In other words, when do you think you’re going to lose your mind and end up blubbering in the corner, unable to remember the names of your children, let alone the names of the hundreds of characters you’ve created over the years? My answer was always, (insert self-deprecating chuckle) “I suppose it’ll have to happen eventually.” But in the back of my mind, I couldn’t really imagine it. I’d always thrived on being busy, loved rising to the occasion, couldn’t wrap my brain around stopping.

Then, my mom died. My mom, who was basically my best friend, my greatest confidant, and the first person I called whenever anything monumentally good or soul-crushingly bad happened. The couple of months leading up to her death and the year afterward were the worst times of my life, and they just happened to coincide with the writing of the Shadowlands trilogy. If you haven’t read the books, I’m not giving too much away by telling you that the protagonist, Rory Miller, lost her mother to cancer four years prior to the beginning of the trilogy. In fact, her parting with her mother—at her house, in her bedroom, slow and agonizing—were not unlike my parting with my mother. It was all imagined up before it happened in real life, but I was writing and revising these scenes, working with this character who was defined by this tragedy, in the midst of dealing with it all myself. It was scarily parallel, and let’s just say, it was not good for my psyche.

And so, it finally happened. Somewhere around the fourth revision of Hereafter, the second book in the Shadowlands series, I finally hit my wall. I was pouring all the emotional aftermath of my mom’s death into that book, and thinking that if anything good was going to come out of my mom dying it would be that Rory would be realistic. My editors disagreed. Therefore, the four revisions. Of course, I took offense at their notes to soften Rory, to make her less angry, that she was unlikable the way she was, because hey—I was going through this and she was basically me. How dare they tell me what I was going through? That I was too angry? That I was unlikable? So there were many tense conversations with my editor and with my agent, followed by one, massive, breakdown when I couldn’t get my point across, when I couldn’t make them understand. I remember a lot of screaming and crying and snot and tears. I remember screaming at my agent on the phone to do something. I also remember my agent being extraordinarily patient with me, calming me down, and then going about making everything better. (Sidebar: If you’re looking for an agent, find someone who is human and kind. It comes in handy.)

There was a moment, actually, there were weeks, in which I really thought I was never going to write another word. I thought I’d lost the elusive “it” that gave me my voice, that made me me. I seriously considered becoming a realtor or a baker. I had to just step away for a while.

Unfortunately, I was also on deadline, so I couldn’t step away for too long. It turned out, however, when I sat down to work again, it was easier to look at the manuscript and see the problems my editors saw. I realized I wasn’t writing a book about my experience, I was writing a book about Rory’s experience. And while, yes, she still missed her mother, she was four years further into living with it than I was. She had adjusted, to whatever degree one can adjust to such a loss, while I most certainly hadn’t. Once I’d gotten all my emotions out, and screamed and cried and vented, I was able to approach things with a clear head. I revised the book, and it was finally put to bed.

Luckily, the final book in the series was much easier to write. It started in a dark place, but ended up in a lighter one. Just knowing that I was working toward a happy ending made the work so much easier.

But my breakdown didn’t just get me through the rest of the trilogy. It made me realize a few things about myself and the person and the writer I wanted to be going forward. I realized I didn’t need to kill myself writing four things at the same time. I realized I didn’t want to work on anything too dark—at least not for a while. And I realized that, while the actual business of sitting down and writing is a solitary pursuit, having a solid support team is so very important. Being honest and realistic with my editors and my agent about their expectations and my abilities has gotten me a long way in this career, and won me a few champions along the way. They rallied around me during the toughest moment in my personal and professional life, and for that I’m eternally grateful. 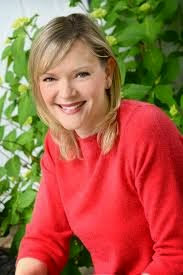 Kieran is from Montvale, New Jersey and was raised in Bergen County.[1] She enjoyed cheerleading, singing, and acting when she was growing up.

She graduated from Pascack Hills High School[2] and attended college at Rutgers University with a double major in English and Journalism. She worked as an editor for four years before becoming a writer.[3] 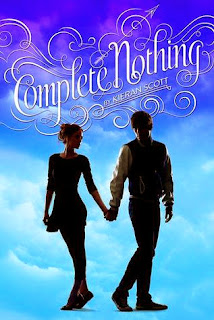 True’s matchmaking skills are the stuff of legend! The second novel in Kieran Scott’s delightful teen romance series that TeenVogue.com called “the next Twilight.”

True is not exactly loving New Jersey. Banished from Mount Olympus and tasked with helping couples find love without using her powers, the goddess-formerly-known-as-Cupid is having a tough time. Especially now that True’s immortal love, Orion, has also appeared at her New Jersey high school—but with no memory of their relationship.

To distract herself from seeing Orion flirt with another girl, True focuses her efforts on making a match: Peter and Claudia. Peter is the star quarterback and the most popular guy in school. But he’s insecure about his future, so he preemptively dumps Claudia, his girlfriend. (If she won’t want to be with him later, why stay together now?) Claudia doesn’t take the breakup too well, and she’s ready to show the quarterback of their rival school just how ready she is to get over it.

But True sees something in these two seniors. She believes they should be together—but can she help them find their way back to each other (and get herself closer to home)? Or have things already spun too far out of control?

Amazon | IndieBound | Goodreads
Adventures in YA Publishing at 7:20 AM