We went to see Guardians of the Galaxy on opening night. I was skeptical, I admit it. A talking raccoon with a gun? Not usually my cup of Earl Gray, what can I tell you. 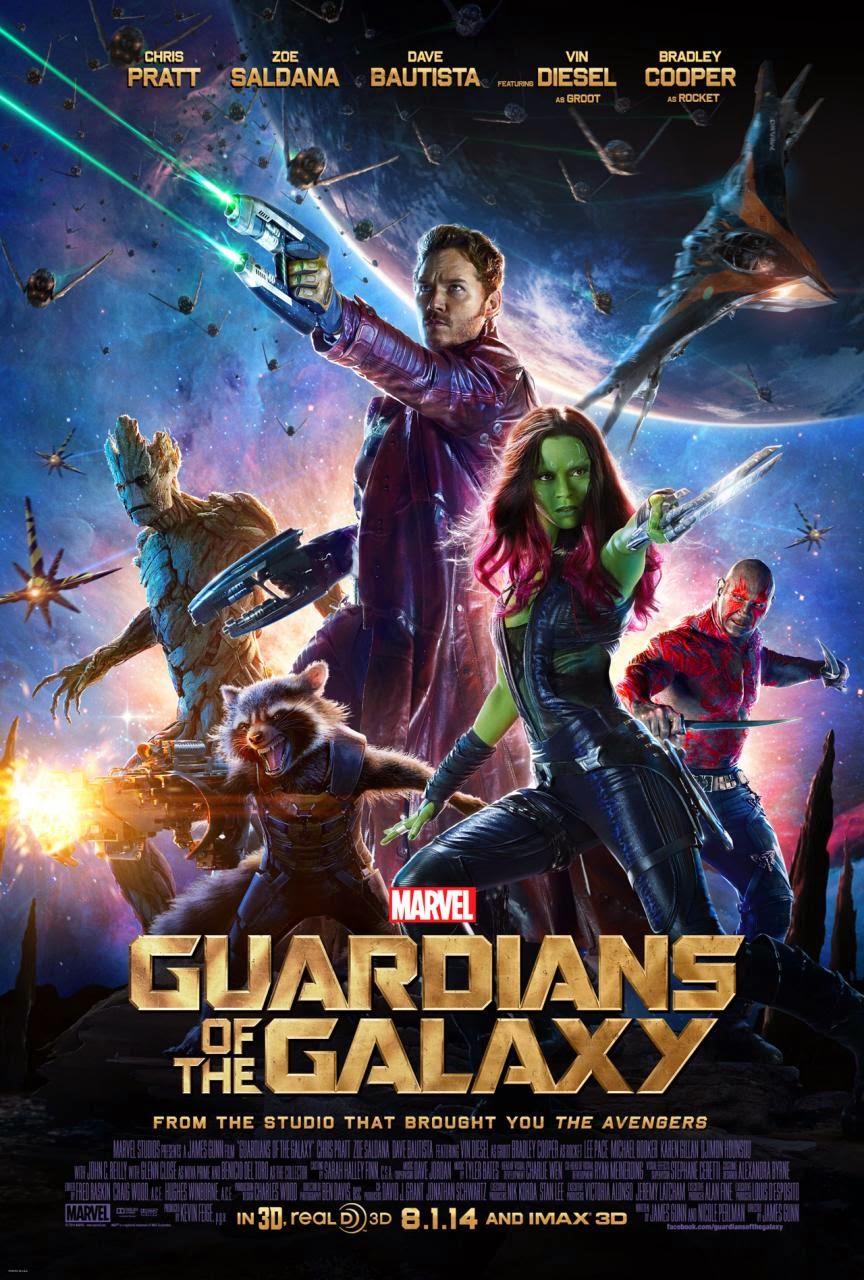 It was actually irreverent, charming, engrossing, funny, and unexpectedly warm. In short, it was better than great.

Trying to explain the reason for that greatness to someone who hadn't seen the film left me a little bit perplexed though. Because if Marvel can make a film starring a talking, gun-toting raccoon, surely someone can make a decent film with a woman lead? (Cough, Wonder Woman, cough. I'm looking at you D.C.)

Which brings me to another point. As good as this movie was -- and it is going to be shown at my house frequently, trust me -- what I loved most about it was that the female character actually got to drive the bus. This isn't Gamora's movie, don't get me wrong. Zoe Saldana plays just one piece in an ensemble cast, but that piece is the one who provides the motivation and the heart for the team to do what it must (see how non-spoilerly I made that?) to overcome the bad guy. And frankly, without her, the plot would have devolved into get the thing the bad guy wants, run like hell, go back to your previously scheduled lives.

What else did I love about Gamora?

I love that she's sexy, in a Wicked-Witch-of-the-West sort of way, but that despite a couple of almost-moments with Star-Lord (as played by Chris Pratt), she doesn't succumb to insta-love. The tension is building and you can see it coming, but Marvel didn't cheese up the script by including a gratuitous romantic sub-plot that wouldn't have been believable. Instead, they focused on pulling together a bunch of loners and making them into a team.

The resulting dynamic is warm. It's human--even if only one of the characters involved was actually homo-sapiens. Ish.

And that brings me to my topic of the day. It seems to me that there are two schools of approach emerging vis a vis comic book adaptations, and that the same goes for any sort of fiction.

Marvel has a repertoire of films that stars characters who seem to think all is more-or-less okay in their larger-than-life worlds, and then get dragged into something that's clearly not okay. How they deal with their changed situation and how that transforms them creates the underpinnings of the story and provides the extra layer of warmth that connects us to those characters.


DC on the other hand includes:

I keep trying to put my finger on what's missing in the DC films for me. I think it comes down to humor. There's a certain amount of wallowing in darkness that the DC films dive into that Marvel leavens with just enough humor to keep the characters from getting broody.

So what do you think? Do you see a difference in how the two studios portray character? Handle characters ARCs? Bring human into their scripts?

And now for some winners : )

She can pick three of the following: BZRK, The Walled City, Sinner, Ghost House, of Scars and Stardust, Lament, I'll Give You the Sun, Unmarked, Lux, White Hot Kiss, Falling into Place, Scintillate.

Pick Any Three: Unmade, Perfected, Beauty of the Broken, Til Death, Unravel Me, Compulsion, Shatter Me, The Raven Boys, Diamond Boy, Allies and Assassins, The Walled City, Black Ice

The winners of the two ECHOES OF US ARCs  by Kat Zhang are:

Heather Ratlin
Martina Boone at 6:00 AM