Hi Everyone!
It's another great week of book releases. Here's the roundup with an amazing giveaway from Lisa Schroeder! One winner will win a signed copy of THE BRIDGE FROM ME TO YOU plus signed copies of CHASING BROOKLYN and FALLING FOR YOU. What are you reading this week? 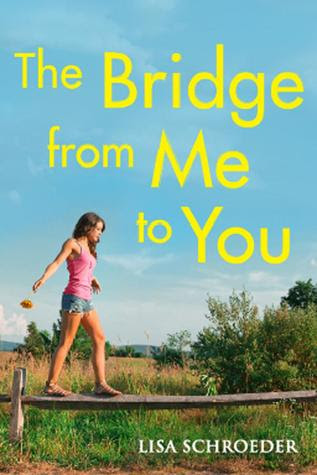 Lauren has a secret. Colby has a problem. But when they find each other, everything falls into place.

Lauren is the new girl in town with a dark secret. Colby is the football hero with a dream of something more. In alternating chapters, they come together, fall apart, and build something stronger than either of them thought possible--something to truly believe in.

Author Question: What is your favorite thing about The Bridge from Me to You?

I love books that alternate points of view. My novel, CHASING BROOKLYN, alternates between Nico and Brooklyn and the response to that book and the alternating POVs has been really positive. With this new YA, Lauren and Colby tell the story. Lauren's part is in verse while Colby's is in regular chapters. Lauren has had a rough time of it, and has ended up in this small town, living with her aunt and uncle and three cousins. The verse for her part of the story allowed me to really get inside her head and express all of the emotions she's having about her life. And then there's Colby. He's one of the star football players but he has dreams beyond the field, and he feels alone in those dreams. Basically, it's a story of a girl who is haunted by her past and a boy who is haunted by his future, and they are stuck in this small town and at times, neither of them feel like they belong there, for very different reasons. So I love how the dual points of view tell the story in a unique way. 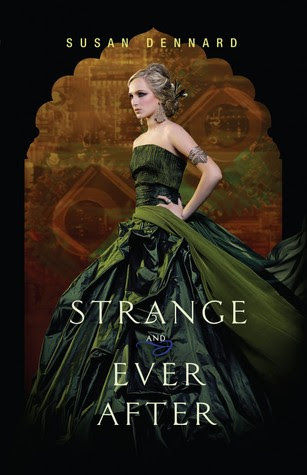 In the conclusion to the trilogy that Publishers Weekly called “a roaring—and addictive—gothic world,” Eleanor Fitt must control her growing power, face her feelings for Daniel, and confront the evil necromancer Marcus...all before it’s too late.

He took her brother, he took her mother, and now, Marcus has taken her good friend Jie. With more determination than ever to bring this sinister man to justice, Eleanor heads to the hot desert streets of nineteenth-century Egypt in hopes of ending this nightmare. But in addition to her increasingly tense relationships with Daniel, Joseph, and her demon, Oliver, Eleanor must also deal with her former friend, Allison, who has curiously entangled herself in Eleanor’s mission.

With the rising dead chomping at her every move and Jie’s life hanging in the balance, Eleanor is convinced that her black magic will see her through to the bitter end. But there will be a price. Though she and the Spirit Hunters have weathered every battle thus far, there will be consequences to suffer this time—the effects of which will be irreversible. And when it’s over, only some will be able to live a strange and ever after.

Susan Dennard will leave readers breathless and forever changed in the concluding pages of this riveting ride.

Author Question: What is your favorite thing about Strange and Ever After?

I have to say, I LOVE the Egyptian setting. I mean, Indiana Jones and The Mummy are still some of my favorite films, so it's no wonder that I loved exploring 1876 Cairo so much! I mean, the dusty streets, the intense heat, the call of the muezzin, and the clash of modern buildings with old Turkish side streets--it was seriously a delight researching this book. Then, studying the Great Pyramid, Saqqara, and Heliopolis--there is just so much potential for conflict and romance in those settings!

Plus--c'mon--everyone knows that having mummies as part of a Dead army makes EVERYTHING cooler. ;) 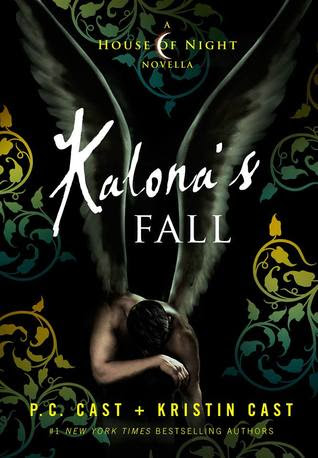 With more than 12 million books in print, rights sold in almost forty countries, and more than three years on The New York Times bestseller listreaching as high as #1 the House of Night series is an international publishing sensation. Now, the excitement continues as the Cast mother-daughter duo shares the back stories of a few of the House of Night's most importantand mysteriouscharacters.In KALONA'S FALL, the shadows in Kalonas past will finally come to light We will learn about the winged immortal's secret history and discover how he went from being the Goddess's Warrior and Guardian to her enemy and betrayer. Did Darkness taint Kalona as it did Neferet, or has the powerful immortal always preferred power over honor, and control over faith? This novella will be crucial to fans' understanding of Kalona, before his role in the explosive final installment of the House of Night, REDEEMED coming in October 2014. 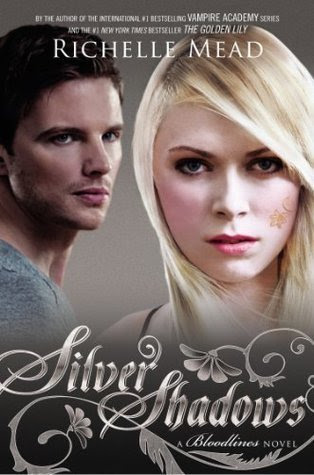 Sydney Sage is an Alchemist, one of a group of humans who dabble in magic and serve to bridge the worlds of humans and vampires. They protect vampire secrets—and human lives.

In The Fiery Heart, Sydney risked everything to follow her gut, walking a dangerous line to keep her feelings hidden from the Alchemists.

Now in the aftermath of an event that ripped their world apart, Sydney and Adrian struggle to pick up the pieces and find their way back to each other. But first, they have to survive.

For Sydney, trapped and surrounded by adversaries, life becomes a daily struggle to hold on to her identity and the memories of those she loves. Meanwhile, Adrian clings to hope in the face of those who tell him Sydney is a lost cause, but the battle proves daunting as old demons and new temptations begin to seize hold of him. . . .

Their worst fears now a chilling reality, Sydney and Adrian face their darkest hour in this heart-pounding fifth installment in the New York Times bestselling Bloodlines series, where all bets are off. Some boys go too far. Some boys will break your heart. But one boy can make you whole.

When Grace meets Ian she's afraid. Afraid he'll reject her like the rest of the school, like her own family. After she accuses the town golden boy of rape, everyone turns against Grace. They call her a slut and a liar. But...Ian doesn't. He's funny and kind with secrets of his own.

But how do you trust the best friend of the boy who raped you? How do you believe in love?

A gut-wrenching, powerful love story told from alternating points of view by the acclaimed author of Send. 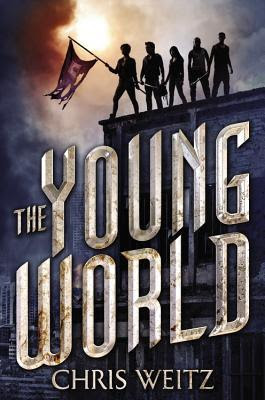 Welcome to New York, a city ruled by teens.
After a mysterious Sickness wipes out the rest of the population, the young survivors assemble into tightly run tribes. Jefferson, the reluctant leader of the Washington Square tribe, and Donna, the girl he's secretly in love with, have carved out a precarious existence among the chaos. But when another tribe member discovers a clue that may hold the cure to the Sickness, five teens set out on a life-altering road trip to save humankind.
The tribe exchanges gunfire with enemy gangs, escapes cults and militias, braves the wilds of the subway and Central Park...and discovers truths they could never have imagined.