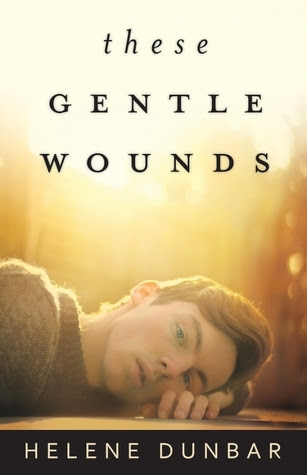 Sometimes I wish I’d lost a leg or something. Everyone can understand that. They never get it when what’s been broken is inside your head.

Five years after an unspeakable tragedy that changed him forever, Gordie Allen has made a new home with his half-brother Kevin. Their arrangement works since Kevin is the only person who can protect Gordie at school and keep him focused on getting his life back on track.

But just when it seems like things are becoming normal, Gordie’s biological father comes back into the picture, demanding a place in his life. Now there’s nothing to stop Gordie from falling into a tailspin that could cost him everything—including his relationship with Sarah, the first girl he’s trusted with the truth. With his world spinning out of control, the only one who can help Gordie is himself . . . if he can find the strength to confront the past and take back his future.

Author Question: What is your favorite thing about These Gentle Wounds?

What do I love most about my book? Well, I think what I’m proudest of is that readers are really responding to my main character, Gordie’s, relationship with his older brother Kevin. They are both survivors but deal with the fallouts from their pasts very, very differently. But they’ve developed a very close and very complex dynamic. 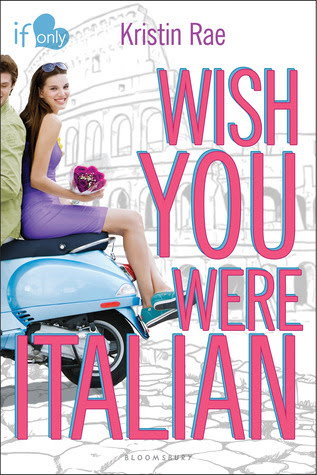 Pippa is in Italy for the summer and, despite her parents’ wishes, she has no intention of just studying the local art! She has a list of things of her own to do: from swimming in the Mediterranean Sea to getting a makeover – and falling for an Italian boy! As Pippa explores the dramatic ruins of Rome and Pompeii, she is swept into her own drama with two guys: an irresistible local she knows is nothing but trouble and a cute American archaeology student . . . Will she find her true love?

The perfect reckless romance to enjoy whether you are home or abroad.

Author Question: What is your favorite thing about Wish You Were Italian?

I adore my characters, but I think I'm going to have to go with setting. When I visited Italy in 2009, I knew I had to set a story there one day. Once the idea for ITALIAN hit me two years later, I tried really hard to infuse everything I felt into Pippa's journey. I want readers to be able to visualize everything my character sees, to taste the food she samples, to connect with her feelings as she travels throughout this beautiful country that's loaded with history. Every time someone who reads the book tells me they feel like they've traveled to Italy with Pippa, that they're now planning their own trip, that they went out and bought gelato... that's my favorite. That's what I love most. 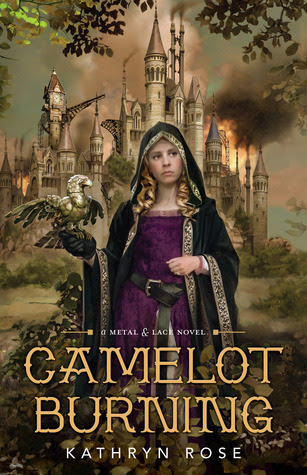 By day, Vivienne is Guinevere's lady-in-waiting. By night, she's Merlin's secret apprentice, indulging in the new mechanical arts and science of alchemy. It's a preferred distraction from Camelot’s gossipy nobility, roguish knights, and Lancelot’s athletic new squire, Marcus, who will follow in all knights’ footsteps by taking a rather inconvenient vow of chastity.

More than anything, Vivienne longs to escape Camelot for a future that wouldn't include needlework or marriage to a boorish lord or dandy. But when King Arthur's sorceress sister, Morgan le Fay, threatens Camelot, Vivienne must stay to help Merlin build a steam-powered weapon to defeat the dark magic machine Morgan will set upon the castle. Because if Camelot falls, Morgan would be that much closer to finding the elusive Holy Grail. Time is running out and Morgan draws near, and if Vivienne doesn't have Merlin's weapon ready soon, lives would pay the price, including that of Marcus, the only one fast enough to activate it on the battlefield.

Author Question: What is your favorite thing about Camelot Burning?

CAMELOT BURNING is an Arthurian legend retelling with a twist of steampunk, but at its core, it's a story about a girl leaving behind familiarity and comfort to see what she's made of. I loved seeing Vivienne go from Merlin's quiet apprentice to a full-fledged inventor of her own; I also loved seeing her at her weakest and most vulnerable points and struggling through them, coming out on the other side with more confidence. 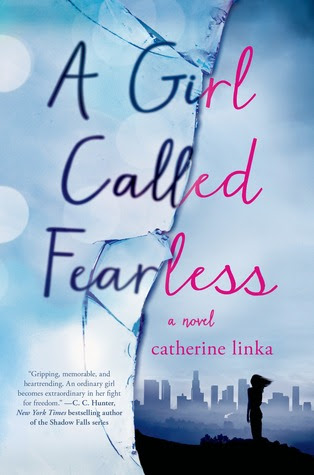 Avie Reveare has the normal life of a privileged teen growing up in L.A., at least as normal as any girl’s life is these days. After a synthetic hormone in beef killed fifty million American women ten years ago, only young girls, old women, men, and boys are left to pick up the pieces. The death threat is past, but fathers still fear for their daughters’ safety, and the Paternalist Movement, begun to "protect" young women, is taking over the choices they make.Like all her friends, Avie still mourns the loss of her mother, but she’s also dreaming about college and love and what she’ll make of her life. When her dad "contracts" her to marry a rich, older man to raise money to save his struggling company, her life suddenly narrows to two choices: Be trapped in a marriage with a controlling politician, or run. Her lifelong friend, student revolutionary Yates, urges her to run to freedom across the border to Canada. As their friendship turns to passion, the decision to leave becomes harder and harder. Running away is incredibly dangerous, and it’s possible Avie will never see Yates again. But staying could mean death.From Catherine Linka comes this romantic, thought-provoking, and frighteningly real story, A Girl Called Fearless, about fighting for the most important things in life—freedom and love.

Author Question: What is your favorite thing about A Girl Called Fearless?

What I love most about my book is that even though it's a romantic spec fiction thriller, it makes readers think about larger issues. I was inspired to write the book by asking what would it be like if teenage girls in the US today had to live the way girls do in many developing nations where they are taken out of school and sold into marriage with no choice in the matter. I'm really pleased that people get angry about what happens to Avie and her friends and they want to talk about the story. And I'm thrilled that A GIRL CALLED FEARLESS was nominated for the Amelia Bloomer Project by the ALA for feminist books for teens.

Other OneFour KidLit May Releases 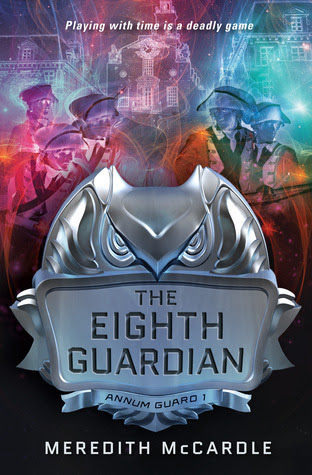 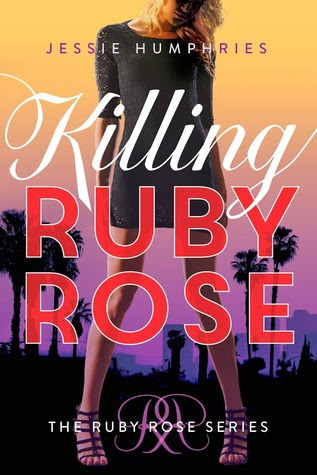 In sunny Southern California, seventeen-year-old Ruby Rose is known for her killer looks and her killer SAT scores. But ever since her dad, an LAPD SWAT sergeant, died, she's also got a few killer secrets.

To cope, Ruby has been trying to stay focused on school (the top spot in her class is on the line) and spending time with friends (her Jimmy Choos and Manolo Blahniks are nothing if not loyal). But after six months of therapy and pathetic parenting by her mom, the District Attorney, Ruby decides to pick up where her dad left off and starts going after the bad guys herself.

When Ruby ends up killing a murderer to save his intended victim, she discovers that she's gone from being the huntress to the hunted. There's a sick mastermind at play, and he has Ruby in his sights. Ruby must discover who's using her to implement twisted justice before she ends up swapping Valentino red for prison orange.

With a gun named Smith, a talent for martial arts, and a boyfriend with eyes to die for, Ruby is ready to face the worst. And if a girl's forced to kill, won't the guilt sit more easily in a pair of Prada peep-toe pumps? 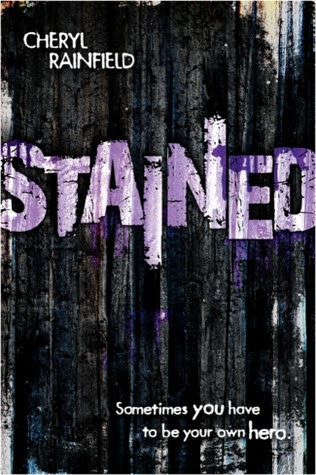 
In this heart-wrenching and suspenseful teen thriller, sixteen-year-old Sarah Meadows longs for "normal." Born with a port-wine stain covering half her face, all her life she’s been plagued by stares, giggles, bullying, and disgust. But when she’s abducted on the way home from school, Sarah is forced to uncover the courage she never knew she had, become a hero rather than a victim, and learn to look beyond her face to find the beauty and strength she has inside. It’s that—or succumb to a killer.

What is your favorite thing about STAINED?

One of my favorite things about STAINED is that it is reaching people. It is such a good feeling to have a voice about some of the trauma I’ve been through, and to hear from readers that it’s helping them. STAINED only just came out (Oct 1), but I’ve already heard from some survivors that STAINED helped them feel stronger, gave them hope, helped them heal, or helped them know that victims can get through trauma and become even stronger. I’ve also heard from some readers who aren’t survivors who say that it was a gripping, painful, yet ultimately healing and moving read. I love hearing that; I want readers to feel when they read my books. I think that it’s by feeling and identifying with the characters we’re reading about that greater change and compassion happens. It means a lot to me that people are moved by STAINED; I drew on some of my own trauma and healing experiences to write it. Like Sarah, I was held captive, repeatedly raped, withheld food and water. And like Sarah, I had to save myself to get safe.

Another of my favorite things about STAINED was writing a character who, although she was raped and abused, was courageous and strong—so much stronger than she thought she was. I think we are all stronger than we think we are; sometimes it takes a traumatic experience to help us see that. And I also loved writing about superheroes in STAINED. Like Sarah, superheroes and comics were a source of strength and comfort for me, and a way to imagine myself stronger than I thought I was—while coming to realize, like Sarah, that I already had the strength I needed.