Craft of Writing: People are More Human than Anybody by Jane Nickerson

Jane Nickerson is known for her gothic settings, eerie writing and ability to retell a story brilliantly. Her first novel, STRANDS OF BRONZE AND GOLD, came out last year, with the follow up, THE MIRK AND MIDNIGHT HOUR being released in March. The third and final book in the 'Strands" world is called A PLACE OF STONE AND SHADOW and comes out next year! Jane's post is incredibly interesting, so read on!

People are More Human than Anybody by Jane Nickerson

Last weekend I was on a tour of a gorgeous antebellum mansion in Louisiana. The teenage tour guide played her part well. She wore a hoop petticoat and a calico dress rather than the polyester prom gown that some guides sport. She had a wealth of memorized information. Most of what she said about the house was factual—how many windows, the costs of the ornamental plasterwork, etc. It was when she strayed into the area of humanity that she messed up. As she showed us the library, she said, “Of course women would not have been allowed in here. But they didn’t mind; females in those days weren’t interested in politics or business dealings or war or anything intellectual that the men might be discussing in here.” And I thought, Hogwash. Tons of women would have been interested. It would all depend on the particular women and men and subject and library.

This same tour guide also stated, “There are two staircases outside—one for men and one for women. Because, if a man in those days saw a lady’s ankle, when walking behind her on a stairway, he would be honor bound to marry her.” The fact is that I have worn hoopskirts and they’re terribly swingy; ankles had to have been constantly seen, and I have never heard of a single 1800’s engagement occurring because of a random ankle-sighting.

Validity is vital for a writer if they want their settings and characters to be believable. When authors are writing about other time periods, geological locations, worlds, ethnic groups, castes, and religions, they need to take into consideration how that situation would affect people, but they can’t let it rob their characters of normal human reactions and emotions, which would exist, lurking beneath, in spite of the differences.

Wrong assumptions are often made about all other cultures stretching back through time and across the glove. I have read passages in university history textbooks that I know are wrong, which makes me aware that there must be plenty of mistakes in most history books. For a writer, if it’s at all possible, it’s important to read whatever you can from the horse’s mouth—what was actually written by people of that time period or that culture—if you want your character’s outlook to be as valid as possible.

We can’t step back into the past. We can’t live as a native in every place and every situation. We can’t actually experience life in an imaginary world. But what authors can remember, if they want their readers to really “get” their characters, is that people—basic, humanoid homo sapiens—are basically people. Even if social mores and manners, attitudes, laws, values, amusements, fashions, tastes, and ideas of beauty are will-o’-the-wisp-y.

There are many misconceptions about the Victorian era, which is a time period I’m familiar with. The 1800’s is nearly universally considered binding and oppressive to females when viewed from our modern sensibilities. But, from my research on the period, I’ve seen that many girls and women found ways to express themselves and to live educated, happy, fulfilling lives, and didn’t consider themselves in the least inferior to, or oppressed by, men. In reading period journals I would say that among the general population, their manners were more formal, they were more religious and more moral, their humor and outlooks were more innocent, and they were better educated in spite of fewer years of formal instruction. And they were not at all mindless sheep. Women’s magazines printed jokes about the silliness of the opposite sex. Women who wanted to be widely read usually managed to be widely read (even if they were called a “bluestocking.”) Their journals are sprinkled with allusions to literature and quotes from the Bible. The word “henpecked” has been around since the 1600’s. Because we’re people.

In creating the character of Sophie, the protagonist in my novel, STRANDS OF BRONZE AND GOLD, I had to decide how the personality of a particular sheltered seventeen-year-old girl in 1855 would differ from the same girl in this century. In the beginning of the book, Sophie is curious, high-spirited, intelligent but not a deep-thinker, casually kind, and rather shallow and vain (in a charming way). Some readers felt that she was too naïve. I disagree. Aside from the fact that Sophie needed to be somewhat naïve in order for the plot to unfold, a girl raised in a protective family in that time period would simply not have exactly the same reactions as that girl nowadays. Sophie, of course grows up a great deal in the course of the book.

In a recent criticism of my new book, THE MIRK AND MIDNIGHT HOUR, a blogger stated that it was “unconscionable” for me to portray a true friendship between a girl in slavery and the girl who “owned” her. Maybe the blogger meant that to her it’s morally wrong to write about such a thing. She’s entitled to her opinion. Personally I think it’s healthier to occasionally depict unlikely friendships than to always focus on past hatred. But if the blogger means that it’s impossible for such a friendship to have existed under those circumstances, in my study of narratives related by former slaves themselves, I’ve read of many such friendships. Of course, in every one of its manifestations, the institution of slavery is a vile thing, but positive relationships were sometimes bound to happen when people were brought up together. And, even if more rare, they were just as real as the negative relationships. Good-hearted, intelligent white Southern individuals would occasionally question the morality of slavery even if they were raised in that culture and continued to accept it. And guess what? Sometimes people in bondage laughed and smiled and joked around. Because we’re people.

Oft-related and unfounded rumors and hearsay about persons in the past abound. I’m not sure why they do, but it seems as if folks really want to believe that individuals in the old days were made of different stuff. As if they were a different species. Possibly reptilian. Maybe it makes the rumormonger feel more enlightened and sophisticated than those who are dead and gone. Maybe they feel hopeful that certain horrible things could never be perpetrated again because we aren’t the same species we were in the past. Or possibly it makes the days of yore more quaint and entrancing and mysterious.

It’s also true that the ways of many cultures that have existed right here on the earth have customs and accepted ideas so outlandish to our modern western sensibilities that those people may almost seem to be bug-eyed-monster aliens. However, even with them, our humanity must remain.

The “sameness” can run the gamut of personalities, so there’s tons of variety and possibilities in your characters. Yes, there are truly evil, unredeemable people, but somewhere in them still lurks some faint spark of humanity, even if it’s deeply buried and rarely shown. That’s why creators of all villains, if their villains are to be of the finest caliber, should plant in them a soft spot. Even zombies have the pathos of their former humanity, which is what makes us feel for them, at least a little bit. There are also truly wonderful people. But all truly wonderful people still have their imperfections. Even Mother Teresa had her flaws. Also, wonderful people can become so used to ghastly situations that they become calloused and don’t realize the ghastliness anymore. In your writing, this can be an especially strong moment—has the hero lost his humanity? However, never fear. Those proper, noble emotions are still there, even if they’re sporadic and wavering. It is a touching moment when they are brought out again.

As you craft your characters, whatever the setting, bring out their humanity. Ask yourself how you (or your character’s particular personality type) would feel and react in this setting and situation. What would make you kill a person? Under what circumstances would you steal? Turn cannibal? Incite a rebellion? What restrictions would you chafe against? What might you find strangely pleasing?

Even in fantasy and science fiction, when all kinds of oddities are encouraged, a touch of humanity even in the most alien of aliens is pleasing. In fact, that has been the subject of many classics, such as ENEMY MINE, by Barry B. Longyear. A character with no humanity can make no impact on the reader.

My favorite classic literature is the kind where you can recognize similar character traits in people you know today. Jane Austen was a master at this and it’s why her books are still loved today. Nearly two hundred years later, we feel as if we really know the Bennett family.

If you want your characters to be memorable, write them so they’ll bring out the yes-that’s-exactly-how-I-would-feel/react/think reaction in readers. 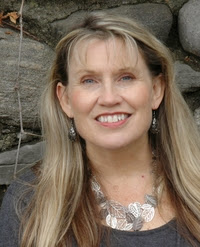 For many years Jane Nickerson and her family lived in a big old house in Aberdeen, Mississippi, where she was also the children’s librarian. She has always loved the South, “the olden days,” gothic tales, houses, kids, writing, and interesting villains. After five great years living in Ontario, Canada, Jane and her husband have returned to Aberdeen where they live in a lovely little old house that is a television star. 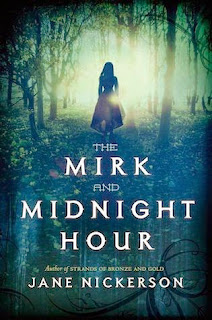 When she comes across a severely injured Union soldier lying in an abandoned lodge deep in the woods, things begin to change. Thomas is the enemy—one of the men who might have killed her own brother—and yet she's drawn to him. But Violet isn't Thomas's only visitor; someone has been tending to his wounds—keeping him alive—and it becomes chillingly clear that this care hasn't been out of compassion.

Against the dangers of war and ominous powers of voodoo, Violet must fight to protect her home and the people she loves.

From the author of Strands of Bronze and Gold comes a haunting love story and suspenseful thriller based on the ancient fairy tale of “Tam Lin.”