Craft of Writing: Why Outlines Work for Some by DJ MacHale

DJ MacHale is the author of many middle grade and young adult novels that have kept readers on their toes with excitement. The second book in his SYLO CHRONICLES series, STORM hit shelves in March and readers can't wait for the final book to come out!

Why Outlines Work for Some by DJ MacHale

Writing about writing is a tricky thing. That’s because every writer’s process is different. What works for one person may be poison to another. I know. When I speak on panels the question often comes up about process and practices and I’m quick to explain what works for me. Often times the other writers on the panel look at me aghast. “How could you possibly work like that??” is the basic response. Well, that’s because, as I said, everyone is different. I mention this as a preface to the writing advice I’m about to offer. This may not work for you. But I can say with 100% certainty and authority that it works for me. So take from this what works for you, and shred the rest.

The issue comes down to this simple question: To outline? Or not to outline? I am a firm believer in writing outlines. (You are free to be aghast now) I am not one of those writers who can pour a glass of wine, put on some classical music, sit down at my typewriter and let the inspiration flow from my fingers. No way. I will say this, my stories are also not written in elegant prose that compels the reader to get lost in my literary genius and weep for the sheer joy of experiencing my brilliant, poetic use of the English language. Nope. I tell stories. Kick-ass stories. I paint pictures, create compelling characters and put them both through their paces. For that, I need to think through my story before I even consider typing the words: “Once upon a time...”

Actually, I don’t really write official outlines. There’s nothing that formal about it. What I do is lie on my couch and, in between naps, I imagine the story in my head. Who are my characters? What are they like when I meet them? What conflicts will they encounter? How will these conflicts change them? What do they want? Will they get what they want? I think of all those things and a million others and take notes. The best thing about it is that I’m writing words that nobody will ever read. That’s incredibly freeing. I don’t sweat the details, or even the spelling. The only reason I type it at all is so I won’t forget it. The best thing about these notes is that they are easily changed. Maybe I don’t like where my character is heading, so I change the circumstances to send them in another direction. It’s just that easy. I figure out the rhythm of the story. The highlights. The major twists. The places where surprises will be revealed. And ultimately, how it will end. This whole process takes no time at all. I kid you not, I outlined the entire 10-book Pendragon series in one week. Of course there were very few specific details, but that’s not what these outlines are for. I just need to set a general path for myself before stepping on to it.

The next thing I do is throw the outline away. Seriously. Or at least I don’t look at it anymore. The whole exercise was so that I could think the story through. That’s when I type: “Once upon a time...” and let the story go wherever it takes me. That’s the best part. When I’m actually writing the words that people will read, I discover all sorts of things that I never imagined in the outline, and I go with them. Sometimes I’ll get stuck and not know where to go next, so I’ll drag the outline out. Often times I discover that my story has gone in an entirely different direction than I had originally planned. And that’s okay. You can’t really know what’s going to happen until you take the actual journey. But even with those changes, I always know what the ultimate destination is so I know I won’t get into trouble.

Trouble? Trouble to me is writing a book for three months and then hitting a dead end or a fatal flaw in logic that I hadn’t thought of that makes everything I’ve written not work. That would be devastating. Worse, imagine hitting that wall while writing Book #2 and Book #1 has already been published? Oops. Thinking through the logic of a story beforehand eliminates that possibility. That’s not to say that I haven’t painted myself into plenty of unexpected corners, but as long as my overall story makes sense, I can always find a way out. Haven’t failed yet...knock on wood.

Keep this in mind too. The kind of books that I write are heavily plotted. There are mysteries. There are secrets. There are unique worlds with rules other than our own. When you operate in that kind of territory, you have to be on your game. Readers, especially young readers, will pick out logic flaws and inconsistencies in a heartbeat. Everything has to add up. To make sure everything clicks into place, you have to create a machine where all the cogs fit, the belts are tight and the wheels are greased. For me, that takes a massive amount of forethought and planning. But never does it hinder the creative process. So for me, I have the best of both worlds. Once I start to write the words that people will read, I do it with the confidence that my story will work and that allows me the freedom to let it fly.

Try it. Or be aghast. Your call. 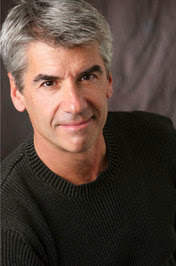 He was raised in Greenwich, CT and graduated from Greenwich High School. While in school, he had several jobs including collecting eggs at a poultry farm, engraving sports trophies and washing dishes in a steakhouse...in between playing football and running track. D.J. then attended New York University where he received a BFA in film production. His filmmaking career began in New York where he worked as a freelance writer/director, making corporate videos and television commercials. He also taught photography and film production.

The book series: Pendragon - Journal of an Adventure through Time and Space marks D.J.'s first turn as a novelist. He plans for this series of Young Adult adventures to span a total of 10 books.

D.J. lives in Southern California with his wife Evangeline and daughter Keaton. They are avid backpackers, scuba divers and skiers. Rounding out the household are a Golden Retriever, Maggie; and a Kitten, Kaboodle. 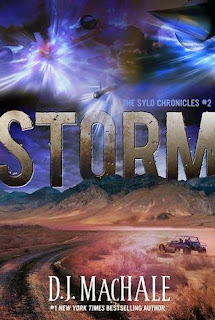 After a harrowing escape from Pemberwick Island, Tucker Pierce and his surviving friends—Tori, Kent, and Olivia—have finally reached the mainland, only to find that no one is left.

That’s not their only sickening discovery. Moments before they are attacked by another of the mysterious black planes, they investigate one’s wreck and are horrified to find that it bears the logo of the U.S. Air Force. This can only mean one thing: the United States is at war with itself—the deadly technology of the Air Force against the brute force of the Navy’s SYLO unit, which still holds Pemberwick Island and its residents captive.

Tucker must lead his friends to safety, but his head is spinning. How can the Air Force be perpetuating such genocide against not only its own citizens, but the world? What is SYLO’s role in this, and why did Tucker’s parents betray him by allying with SYLO, whose commander, Captain Granger, killed Tori’s father at point-blank range? And what did his mother mean when she told him to trust no one?

Tucker, Tori, and friends set off cross-country on a quest for answers and, for Tucker, vengeance. But as one highway gives way to the next—and one death-defying escape precedes another—Tucker soon realizes that “trust no one” doesn’t just mean the U.S. military.

Adventures in YA Publishing at 11:34 AM