Craft of Writing: Become A Story Detective by Darren Shan

Darren Shan is the widely known author of creepy, thrilling horror novels and is considered the master of horror in YA. His newest novel in the Zom-B series came out April 8th!

Where do a writer’s ideas come from? That’s a question wasted on writers, since it’s part of a much bigger question — where does ANY idea come from? How did mankind learn to think, to reason, to dream, to tell stories, to plot, to plan, to evolve? The genesis of ideas is key to the genesis of mankind itself. Great scientists, philosophers and theologians have addressed the question as far back as history recalls. While I certainly think writers can help prod and poke at that great question, I can’t see any of us providing a nice, neat answer any time soon!!!

But what people are really asking of writers when they ask that question, is how do you get ideas for a STORY, i.e. how do you develop ideas and turn them into stories or novels or plays or whatever. That’s a much easier one to answer — we investigate. Writers are, in essence, story detectives. I think just about everyone dreams, daydreams, has nightmares, imagines themselves in other positions (e.g. wondering what it would be like if you were a footballer or a rock star or a vet). We all have ideas. But a writer isn’t content to let an idea sit idle. When we have an idea, we start asking questions of it. We play around with the idea, bounce it off other ideas, imagine different outcomes if we roll it this way or that way. That’s a how a story grows and develops. My books always begin with a specific scene. Sometimes it’s a long scene. Other times it’s just a brief flash. That scene – that idea – can come from anywhere, at any time. What I then do is stick on my detective cap (metaphorically speaking) and interrogate the scene. For instance, if it’s a scene of someone dying, and somebody else crying, I ask why is the person crying? What happened to the person who died? Where are they? How did they get there? Is anybody else around?

Sometimes the answers come quickly, other times it can take years to figure them out. Pretty much like a murder case really — sometimes the police find the killer within a matter of hours, sometimes it can take months or years. Sometimes a case never gets solved, and you can bet everything you have that every writer has ideas that will never lead anywhere, no matter how long or how hard they work on them! You never know starting out where a story will lead — you just have to take what you have, examine it closely, and ask lots and lots of questions.

Of course, you could carry on asking questions forever, but that wouldn’t be very productive. At some point you’ve got to decide to press ahead — you take the answers that you have, sit down and start writing, and wait for more questions to crop up as you progress. It’s usually an eagerness to write a certain scene that impells me to begin. For instance, a few years ago I wrote a four-book series called The Saga Of Larten Crepsley. I’d been playing around with ideas for a number of years and had developed quite a lot of the plot, but nothing was compelling me to take it any further. Then I had an idea for a scene set on a ship — I saw the scene unfold in the cinema of my mind, and knew I had to start writing ASAP, because it was a scene I didn’t want to wait any longer to get to. I think this is probably the case for most writers. You ask questions, consider all sorts of answers, and wait for one that strikes a match and lights a fire in your mind. Once that happens, I believe that every writer KNOWS in their gut that it’s time to begin. I don’t know HOW we know. We just do. And that’s when you begin to take your smattering of ideas and leap off a cliff, in the hope that more ideas will open up into a lovely big parachute above you, allowing you to safely touch down in the middle of a fully-formed story. 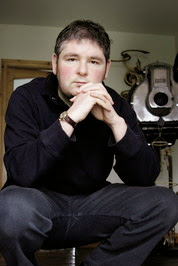 Darren Shan (born July 2, 1972 in London, England) is the pen name of the Irish author Darren O'Shaughnessy, as well as the name of the protagonist of his book series The Saga of Darren Shan, also known as The Cirque Du Freak Series in the United States. He is the author of The Demonata series, as well as some stand-alone books, and a series of books for adults under the alternative name of D.B. Shan. 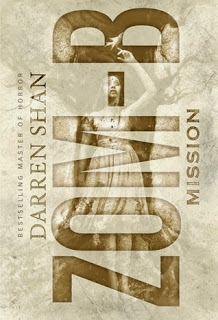 B Smith and the other Angels are relieved to finally receive their first mission - to safely escort a group of human survivors from the zombie-infested streets of London to New Kirkham, a barricaded safe haven in the country. But after battling through crowds of undead monsters, B discovers that the survivors of the town don't necessarily represent the best of humanity. And when evil influences make their way to New Kirkham, unearthing demons from B's past, the humans will be forced to choose between being honorable and being safe.

Darren Shan continues his adventures of a teenage zombie trying to right the wrongs of a flawed human life, exploring the morality and ills of society through the lens of an apocalypse gone wrong--and a terrifying hell on earth reigning.