WOW Wednesday: Push Yourself To Finish by Lamar Giles

Lamar Giles is also the popular adult writer L.R Giles, and with the January release of FAKE I.D, he made his YA debut and we are so happy to keep promoting the book! He's clearly got some great writing experience, what with 3 adult books already published, so listen up!

Push Yourself To Finish by Lamar Giles


This is going to sound simple.

But, let’s not confuse simple with easy, or even possible. What I’m about to suggest won’t be the former, and is too rarely the latter. For many aspiring writers, it won’t ever be achievable.

This simple, hard, sometimes impossible piece of advice is the best I’ve ever gotten on the craft of writing. Are you ready? Have I built it up enough? Well, then…

If you want to write, you must finish.

If I stopped the post right now, you’d probably feel cheated. I know I did the first time I heard that. There must be more to it. Certainly, you must be well read, and write 3 pages a day everyday of your life.

You have to have the correct writing space, and good coffee, and an ergonomically correct chair.

You must be accepted to the proper MFA program, get stories published in prestigious journals, win awards, and inspire tears with your words.

You must go to conferences, and have the respect of your peers, and SUFFER for you art. Right?

None of those things hurt, necessarily (well, the suffering might…), but they are not requirements for being a writer. Technically, finishing isn’t REQUIRED. You could be the kind of writer who starts project after project, and never types the words THE END. At one time I was.

And the lies I told myself about why I wasn’t finishing! The story flamed out. The new idea was better and had to be written atop the discarded corpse of the previous half-story. My critique partners said I’ve got the kind of voice that would suit a 3rd person epic fantasy instead of this 1st person crime novella. Oh, oh, this next idea is PERFECTION!

It was great “writer-talk,” the stuff that made me sound like I was busy, and doing what writers do. It was camouflage, though. Stealthy, Ninja-like writer’s block. In chasing perfection, I was trapping fear and creating a shield. If perfection was the standard, then I would never be done. No work could be published. I would never have to rack up a stack of rejections, or read a harsh review, or discover I’m not selling well enough to justify another contract. If I didn’t finish, I’d never have to come to terms with whether I’m really able to cut it in this extremely tough industry.

It was a college writing teacher who exposed me, and called me out on all of my excuses. Things I was afraid of (criticism, rejection, failure) were all GOING TO HAPPEN. But, that makes finishing work over and over and over again so important. Because, where one story (or a hundred) fails, another will succeed.

And, here’s the other part of it. If you write, and sell, the perfect story that goes on to universal acclaim like you always imagined, guess what…your agent/editor/publisher is going to expect you to do it again next year. And the year after.

You might as well get used to finishing now, because it doesn’t get easier when a paycheck is on the line and a deadline is looming.

So, you finish, and what you end up with is not perfect, nowhere near. Your doubts are front and center. You KNEW you weren’t cut out for this. Don’t worry. I’m willing to bet most writers feel that way. The difference between us and those who close the final act…

We know there’s always another blank page daring us to do better. 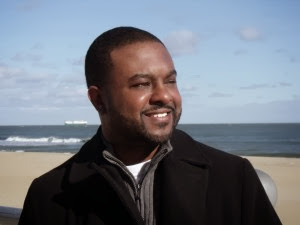 Lamar has been writing for a very long time. He's sold some stuff, published some stuff on his own, and even won some awards. He grew up in a town called Hopewell, Virginia and now resides in a great city called Chesapeake with his wife. In January 2014 HarperCollins published his Young Adult thriller FAKE ID, and yeah, it’s kind of a big deal. He wants a dog someday. 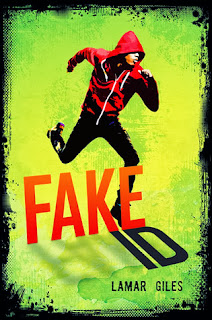 I shouldn’t tell you where I’m from or why my family moved to Stepton, Virginia.

I shouldn’t tell you who I really am, or my hair, eye, and skin color.

And I definitely shouldn’t tell you about my friend Eli Cruz and the major conspiracy he was about to uncover when he died—right after I moved to town. About how I had to choose between solving his murder with his hot sister, Reya, and “staying low-key” like the Program has taught me. About how moving to Stepon changed my life forever.

But I’m going to.