Craft of Writing: Using Soap Operas To Learn How To Write A Character Driven Story by Todd Strasser

Todd Strasser is the uber writer of the Help! I'm Trapper In... series which is 17 books strong. He has more than 130 young adult and middle grade novels under his belt and has learned a lot of valuable lessons in his experience. Today's Craft of Writing post is incredibly interesting because it's definitely something most author's wouldn't have considered before today!


For many of us, the best and most rewarding stories are character driven, those in which the plot is advanced by what is gradually revealed about the character, what he or she learns, and how he or she changes. Add some suspense and a few good plot twists, and we’re usually as happy as clams (if we could only figure out what makes clams happy).

But I have something more to add -- two simple and valuable suggestions that I learned about writing such stories while toiling in a rather unlikely field – soap operas. I realize that at first glance this probably won’t reflect well on me as an author, but during one temporarily stunted point on the way to here I spent two years writing soap operas for television. This brief detour in a career that was otherwise spent almost entirely writing books for teens and pre-teens began around 1988. At that time the sales of the sort of YA books I’d been was writing -- often referred to in the 1980s as problem novels -- had slowed precipitously. Editors felt that nearly every problem a teen could encounter had been written about, some many times over, and I found it difficult to sell any new ones.

At the same time, the hottest thing in the YA book world was a new series called Sweet Valley High. A second series for slightly younger readers, The Babysitters Club, was beginning to look like it would be even bigger. Editors were interested in ideas for series, but I didn’t actually understand how a series worked. Except for Ian Fleming’s James Bond, I’d never read one.

For much of the previous two decades I had only written one kind of book. It always began with characters who had a problem and who learned and changed and grew as a result of dealing with it. When it was time to start the next book, I began with a whole new group of characters and a completely different problem. But a series had continuing characters (until later when Fear Street and Goosebumps came along), and could easily grow to be 30 or 40 books long (Sweet Valley High and its spawn eventually reached 152 volumes; according to Wikipedia, the Baby-sitters and its spinoffs gave birth to somewhere around 200). How could the same characters keep learning, changing and growing through that many books? Especially when they never appeared to age?

I felt I needed to find the answer, but I had young children and also needed to make a living. One logical course would have been to sit down and analyze a book series, but I’d recently met someone with connections in the world of soap operas, and I was tempted because I thought it might someday lead to others sorts of well-paying television writing.

In truth, I’d never actually watched a soap opera, but I knew that they were series with continuing characters and that some of the shows had been going five days a week since before the invention of television (Guiding Light, where I would eventually work for a year, began in the 1930s as a radio serial and moved to television in 1952). In addition, soap opera writing paid well. Quite well, in fact.

Through my friend I learned that CBS had a soap opera writing program, and, through a friend of that friend, I managed to get into it. The training program may have been geared toward writers with less experience than me (the people at CBS weren’t certain they’d ever had a published novelist in the program before), but that didn’t mean there wasn’t lots for me to learn. Or at least new ways to look at the craft of telling stories.

While the characters in soap operas rarely seemed to change, or learn anything -- except when they recovered from amnesia, or redeemed their wicked ways – they were still very much character driven, and that is where I stumbled upon two ways of approaching character that would stay with me for the rest of my life.

Both lessons will sound simple, but I hope that won’t diminish their importance. Even to this day, some 100 novels later, I find them extremely useful.

The second lesson was equally simple, but also valuable. If character A encounters character B after an interval of time apart, always be sure to go back to the last time they were together and see what their feelings were about each other. If they haven’t interacted on your pages in a while, you may have forgotten that the last time they were together they’d nearly killed each other, or fallen passionately in love, or perhaps merely told a lie. In which case you would be remiss in not recalling that fact in the current scene.

Going back over some earlier (unpublished) writing, I was amazed at how often I’d have two characters meet without the slightest reference to how they were feeling about each other at their last point of departure. But such continuity is essential for telling a good story. Readers read much faster than writers write, so while we may forget what two characters did 60 pages ago, your reader won’t. When it comes to character interaction it’s important to always pick up where you left off.

I spent two years writing soap operas before deciding that I was much happier writing books. After quitting I almost immediately began my most successful series, the 17- book Help! I’m trapped in… collection, which is still selling – (as e-books) 20 years later.

It never would have happened without soap operas.

I don’t recall now how long the CBS soap opera training program lasted. All I know was that quite soon thereafter, I was hired to write for Guiding Light. And that’s when I learned yet another lesson. All my life I’d thumbed my nose at soap operas as hack work written by untalented writers. And the truth is, some of the writers I met weren’t the most talented, but others were some of the smartest writers I’ve ever met anywhere. Why they chose to write soap operas I’ll never know, although money clearly had a lot to do with it. 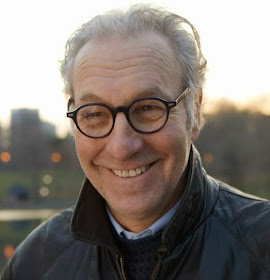 Todd Strasser  is the author of more than 100 books for teens and middle graders including the best-selling Help! I’m Trapped In … series.  He has written numerous award-winning YA novels including The Accident, The Wave, Give A Boy A Gun, and How I Created My Perfect Prom Date , which became the feature film Drive Me Crazy   starring Melissa Joan Hart and Entourage star Adrian Grenier.  The New York Timescalled his most recent novel, Fallout, "Superb entertainment."  His books have been translated into more than a dozen languages, and several have been adapted into feature films.  Recent novels include the YA mystery thrillers Wish You Were Dead, Blood on My Hands, and Kill You Last. He has also written for television, newspapers, and magazines such as The New Yorker, Esquire, and The New York Times. 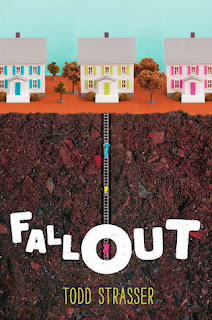 What if the bomb had actually been dropped? What if your family was the only one with a shelter?

In the summer of 1962, the possibility of nuclear war is all anyone talks about. But Scott’s dad is the only one in the neighborhood who actually prepares for the worst. As the neighbors scoff, he builds a bomb shelter to hold his family and stocks it with just enough supplies to keep the four of them alive for two critical weeks. In the middle of the night in late October, when the unthinkable happens, those same neighbors force their way into the shelter before Scott’s dad can shut the door. With not enough room, not enough food, and not enough air, life inside the shelter is filthy, physically draining, and emotionally fraught. But even worse is the question of what will -- and won’t -- remain when the door is opened again. Internationally best-selling author Todd Strasser has written his most impressive and personal novel to date, ruthlessly yet sensitively exploring the terrifying what-ifs of one of the most explosive moments in human history.