Agents Open Up About the New Adult Genre

We’ve heard a lot about New Adult lately and just how hot it is. So we asked some agents the burning question:

Is NA the new YA? And how would you define it? 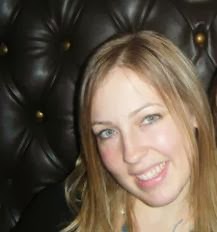 I wouldn’t say NA is the new YA. I don’t think NA knows what it is or could be yet and it’ll be interesting to see if it will stick around and expand or stay for awhile and pass us by. When it comes to NA, in my experience, pretty much only Adult editors are looking for it (at least at the big publishers) and they’re only looking for NA romance. There are exceptions, but it really hasn’t expanded into genres much. Though many people are self-publishing it and smaller presses and e-only publishers seem to be eating it up in all forms, including sci-fi, fantasy etc. I’d describe NA as racier romance for older teens and those in their early 20s (although similar to YA, there are certainly people past their 20’s reading it). I think NA is partially a result of the 50 Shades of Grey phenomenon and trying to capture that again. 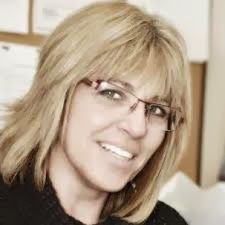 I think we are hearing a lot about NA being the new YA, but I would only relate this to the trending aspect at this point in time. Meaning that there is a surge of NA writers emerging similar to what we saw with the YA frenzy as that genre gained in popularity. There is a distinct difference between the two, in that YA focuses on a younger readership, it covers adolescent years, finding one’s self, struggling your way through the adolescent years, with the onset of relationships, it is about the coming of age. Primarily covering teen years. Although I think it is safe to say that even in the area of YA we are seeing a definite increase in the heat level, but for that readership there should still be a tendency to lean toward age appropriate experiences.

NA differs in that it is geared to a more mature readership, a pocket of readers that were somewhere between the YA and Adult categories, yet did not have a concrete place in the market by name- NA has been out there for some time but until recently it was nameless, not falling into a specific category. Now it has a home!

NA focuses on growth through the years that cover leaving home, first jobs, college, decision making without the kind of parental guidance that is so prevalent in the teen years.  NA is about experiencing firsts from the aspect of hitting adulthood - moving out of the teens into an independent role.  I think that it is safe to say that the heat level is higher or is much more risqué'.  The age of characters in NA is generally the college group 18-25ish, give or take some of the older characters, and by older we are looking at no more than thirty in the immediate friend or dating circle and even this is getting close to tipping the scales. The readership age varies, readers are from the upper YA group to forty-something, although the target audience is the twenty-something readers, as it is quite relevant to this age group and their own experiences. College and the social aspects of this time in one’s life, tends to play a key role in many NA novels.

The answer to: Is NA the new YA, would be no, each has a very important and distinct role in the market.  Each serves a specific target audience.  Yes there is crossover, I believe both are here to stay and each serves it owns purpose for specific age groups. 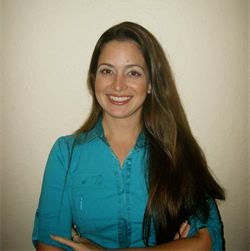 YA and NA remain distinct genres with different target audiences and marketing strategies. For example, YA is still a predominantly 'print' targeted audience, whereas we see NA selling exceptionally well in digital formats. The great thing about the two genres is that there is a good deal of crossover between readership. If one were to draw definitions of the two, I think it is important to note that YA has more flexibility in character arc and resolution. NA seems to follow more of the contemporary romance model. The reader of NA expects a satisfying romance and a conclusion that sees the hero and heroine together (although, obviously due to the age of the characters, the resultant relationship does not have to end in marriage).

I love NA and believe that the popularity of it stems from a desire for 'firsts.' First jobs, first serious relationships, first adventures into adulthood, first sexual experiences. I think there is something really engaging (and nostalgic for the adult readers) about experiencing the character's 'journey'. NA is about 'coming of age' and 'coming to terms.' I have several authors participating in FIFTY FIRST TIMES: A NA ANTHOLOGY which releases this month. The stellar lineup of bestselling authors and diversity of voices indicate where the genre is going and what types of stories readers are looking for. Check it out: http://www.amazon.com/Fifty-First-Times-Adult-Anthology-ebook/dp/B00F8P3A36/ref=sr_1_1?ie=UTF8&qid=1391536882&sr=8-1&keywords=Fifty+First+Times

Thank you to all of the agents who contributed their time and expertise for this post!

Join us the first Sunday of every month for our new Agent Roundup Feature.