Today we have CJ Lyons, a former Pediatric ER doc turned New York Times bestselling thriller author. BROKEN is her very first YA thriller and features a heroine who knows everything about dying but nothing about living.

Learning to Live by CJ Lyons


Scarlet has spent her entire life shuttled from doctor to doctor and hospital to hospital only to be diagnosed with a lethal cardiac disease, leaving her literally dying of a broken heart.

Because of her sheltered upbringing, Scarlet is very naïve and all she wants is to live like a normal teenager, so she convinces her parents to allow her to attend high school for a week…a week that gives Scarlet her first ever friends, first kiss (maybe the worst first kiss in recorded history, but she’ll take what she can get!), and a new outlook on her life, her disease, and her family as she unearths secrets she never suspected existed.

Scarlet’s character is loosely based on my own experiences as a pediatrician. I diagnosed my niece, Abby, with the same congenital heart condition, Long QT, when Abby was only twenty minutes old and BROKEN is dedicated to her.
Watching my niece refuse to allow her disease to define her was such a contrast to some other patients’ parents who would insist on making their child’s disease (most not life-threatening) the center of the child’s world that I couldn’t help but wonder what would it be like to grow up being treated as a “patient” all your life, or worse as the “dying girl,” rather than ever having the chance to figure out who you really were, dying or not.

What better disease to give a character like that than something rare and hard to diagnose and treat like Long QT? Of course, Scarlet is nothing at all like my niece (the best adjective to describe my niece would be “fierce” whereas Scarlet is very naïve and used to being controlled by the adults in her life) but by having Scarlet start the story as someone unsure of who she really is as a person, it makes her struggle and transformation as she faces the truth behind her illness all the more powerful.

After all, it’s easy for someone who’s already strong to stand up to bullies or uncertainty or injustice…but how does a kid who has lived all her life in a hospital, basically just waiting to die, learn how to be a hero and find her destiny? 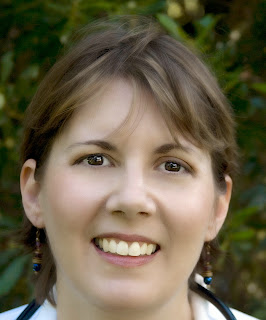 New York Times and USA Today bestselling author of twenty-one novels, former pediatric ER doctor CJ Lyons has lived the life she writes about in her cutting edge Thrillers with Heart.
Winner of the International Thriller Writers’ coveted Thriller Award, CJ has been called a "master within the genre" (Pittsburgh Magazine) and her work has been praised as "breathtakingly fast-paced" and "riveting" (Publishers Weekly) with "characters with beating hearts and three dimensions" (Newsday). 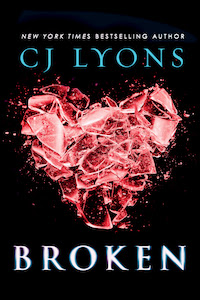 The only thing fifteen-year-old Scarlet Killian has ever wanted is a chance at a normal life. Diagnosed with a rare and untreatable heart condition, she has never taken the school bus. Or giggled with friends during lunch. Or spied on a crush out of the corner of her eye. So when her parents offer her three days to prove she can survive high school, Scarlet knows her time is now... or never. Scarlet can feel her heart beating out of control with every slammed locker and every sideways glance in the hallway. But this high school is far from normal. And finding out the truth might just kill Scarlet before her heart does.