Giveaway of WORLD AFTER (5 Copies) by Susan Ee!

Today we are super super excited to offer you a MASSIVE giveaway of a book all of us here at Adventures in YA Publishing were excited about the release of... WORLD AFTER, the sequel to the wildly popular ANGELFALL (PENRYN & THE END OF DAYS) by Susan Ee.

We were supposed to have an interview with the lovely author, but due to her being crazy popular and wildly in demand on her book tour, her publicist was wonderful enough to offer up 5 copies (yes 5!) to give away to 5 lucky winner's!

You can enter below, and good luck! 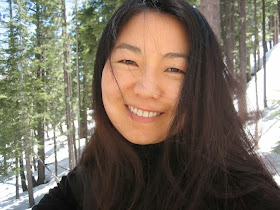 Susan Ee has eaten mezze in the old city of Jerusalem, surfed the warm waters of Costa Rica, and played her short film at a major festival. She used to be a lawyer but loves being a writer because it allows her imagination to bust out and go feral.

Her debut novel was the bestselling fantasy thriller, Angelfall (Penryn & the End of Days series). Angelfall has been translated into 19 languages and the film rights have been optioned by Sam Raimi, Rob Tapert, and Good Universe.
You are invited to become her friend on Facebook, Twitter, or Goodreads and visit her Website 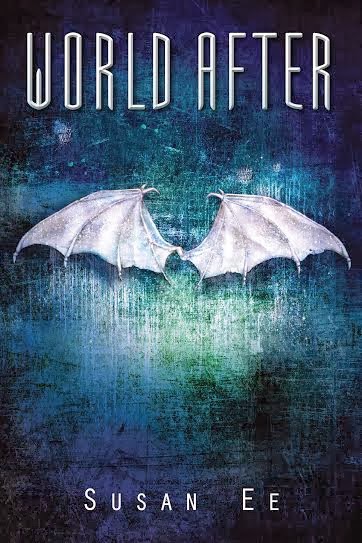 In this sequel to the bestselling fantasy thriller, Angelfall, the survivors of the angel apocalypse begin to scrape back together what's left of the modern world. When a group of people capture Penryn's sister Paige, thinking she's a monster, the situation ends in a massacre. Paige disappears. Humans are terrified. Mom is heartbroken.
Penryn drives through the streets of San Francisco looking for Paige. Why are the streets so empty? Where is everybody? Her search leads her into the heart of the angels' secret plans, where she catches a glimpse of their motivations, and learns the horrifying extent to which the angels are willing to go.
Meanwhile, Raffe hunts for his wings. Without them, he can't rejoin the angels, can't take his rightful place as one of their leaders. When faced with recapturing his wings or helping Penryn survive, which will he choose?
Amazon | IndieBound | Goodreads
Adventures in YA Publishing at 5:00 AM