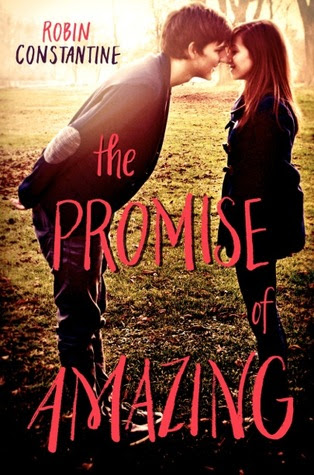 Author Question: What is your favorite thing about The Promise of Amazing?

This is such a hard question because there are so many aspects of the book I love! The stories that I’m most attracted to, both as a reader and a writer, usually revolve around casts of characters – this includes family members, co-workers, friends, teachers, etc. I think my favorite thing about The Promise of Amazing is that there are so many supporting characters in Wren and Grayson’s lives and I loved imagining the world they lived in and how they interacted with each other.
The friendships in the book are definitely inspired by the friendships I have in my own life. Some of my best friends are the girls I met in high school, so in a way The Promise of Amazing is a bit of a love letter to that time in my life. When I thought about who I was writing this book for – I pictured my sixteen year old self, and what kind of book I would have liked to have read at that time. There are so many pressures in high school – choices that feel monumental at the time – and I wanted to address those too. I think that’s why I love to write for the YA audience because everything is high stakes! 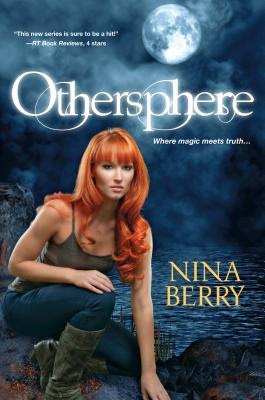 Dez thought she knew who her mother was, who she was. Thought she had friends, a boy who loved her, and a school where she finally fit in.

But across the veil linking our world and the next lurks a monster which can annihilate. . .or liberate her. Now she must confront it there with help from one boy who loves her and one who can't stand the sight of her.

Dez thought she understood her tiger form, her deepest self. But in this treacherous place, she'll have to choose between the two halves of her soul--and determine which world survives.

Othersphere is the third and final installment in Nina Berry's acclaimed young adult Otherkin series, which blends romance, fantasy, and action in a powerful story of friendship and self-acceptance.

"Filled with suspense, action, friendship, and love, this book will have you on the edge of your seat until the end, when you'll cry out, 'I need more!'" - ParanormalReads.com review of Otherkin, book 1. 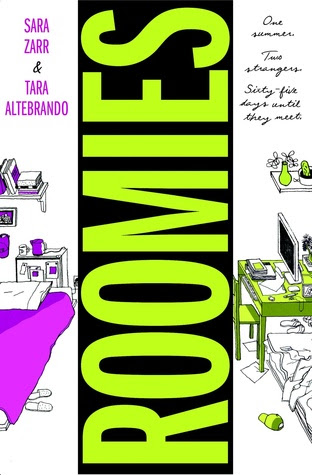 It's time to meet your new roomie.

When East Coast native Elizabeth receives her freshman-year roommate assignment, she shoots off an e-mail to coordinate the basics: television, microwave, mini-fridge. That first note to San Franciscan Lauren sparks a series of e-mails that alters the landscape of each girl's summer -- and raises questions about how two girls who are so different will ever share a dorm room.

As the countdown to college begins, life at home becomes increasingly complex. With family relationships and childhood friendships strained by change, it suddenly seems that the only people Elizabeth and Lauren can rely on are the complicated new boys in their lives . . . and each other. Even though they've never met.

National Book Award finalist Sara Zarr and acclaimed author Tara Altebrando join forces for a novel about growing up, leaving home, and getting that one fateful e-mail that assigns your college roommate. 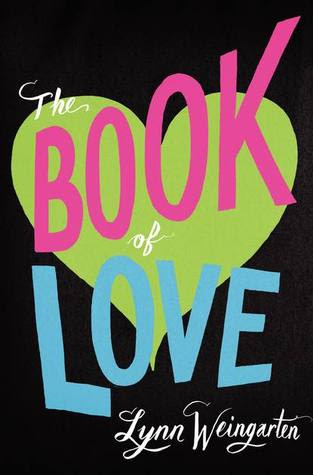 The Secret Sisterhood of Heartbreakers has given Lucy everything she thought she wanted. Gone is the poor, innocent girl pining away for a guy who didn’t deserve her and in her place is a fierce, fabulous Heartbreaker with glamorous sisters, an unbreakable heart, and access to magic.

The only problem is this: Lucy’s floppy-haired, blues-playing best friend Tristan is in pain. And she’s powerless to help him.

It’s time for the annual Heartbreaker competition — a chance for Lucy and her sisters to win The Book of Love, an ancient tome containing centuries’ worth of Heartbreaker wisdom, and maybe, just maybe, enough magic to fix Tristan’s heart for good.

Lucy will do whatever it takes; if it helps her fix her friend, she knows it’s worth it. At least she thinks she knows.

As Lucy goes deeper into the world of the sisterhood, she learns that even those closest to her have unimaginable secrets, and when it comes to magic, nothing comes without a price . . . 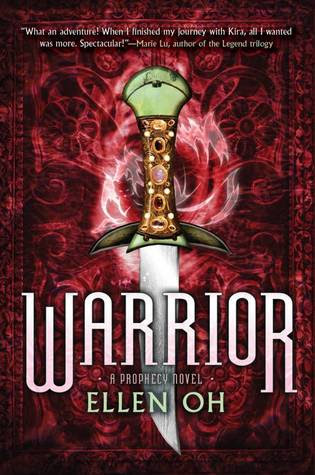 First an outcast, now a hero.

But her fight rages on.

Kira, the yellow-eyed demon slayer who fiercely protected her kingdom—and the crown prince—has been proclaimed the Dragon Musado of the prophecy. With the defeated the evil shaman.

But it wasn’t enough.

Hansong is in chaos. The Demon Lord’s minions have infiltrated the city, treason is brewing among the military ranks, and Kira is buried by the overwhelming loss of her parents. She’s also plagued by the annoying feelings that blossom whenever she’s around Jaewon. But she is determined that nothing will stop her from finding the second treasure needed to fulfill the Dragon King’s prophecy. Not even the army of half-breed demons hot on their trail. If only she could learn to trust others…

Her father always said one person can change the world. Will it be Kira?