Today we have the author of four young adult books, with the newest being BACKWARDS. A story dealing with suicide and asks the question if you can change the future by changing the past. Please welcome Todd Mitchell!


Write to Discover
by Todd Mitchell


A few years ago, I witnessed the devastating impact suicide has on others when two students I knew at the university where I teach killed themselves. Not long after this happened, one of my closest friends attempted to kill himself. It was a surprise to me, and I think it was a surprise to everyone who knew him.

For me, books always start with a question, and at that point in my life, I had many questions I felt I had to explore. But when I looked at how other books and movies (especially teen books) addressed suicide, I wasn’t satisfied. Too many seemed to romanticize suicide, or reinforce the suicide fantasy of killing one’s self to “show them,” while other books were so depressing that I could barely read them. So I gave myself a challenge: to write a book that tackles the seriousness of suicide and bullying, while at the same time being an uplifting, compelling story. And the only way I could think of to do this was to tell the story backwards, beginning with a death, and working in reverse toward something else.

From that initial seed, Backwards was born. It’s an unusual book — a bit of a mystery, a psychological thriller, and a romance, narrated from the point of view of a character who’s not only trapped in the body of a suicidal teen. He’s stuck traveling backwards in time, too.

Here’s the opening paragraph if you’re curious. What happens afterwards is something I hope you’ll read to find out. 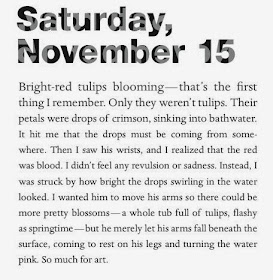 Three things to keep in mind about an opening:

1) The opening needs to hook a reader. Usually, this is done by posing some sort of question the reader wants to find an answer to (this is the story’s promise). I think the best questions are genuine ones that the writer, as well as the reader, wants to answer, or as Robert Frost put it, “No surprise for the writer, no surprise for the reader. No tears for the writer, no tears for the reader.” So rather than writing about what you know, think about what you want to explore, and write to discover an answer. In Backwards, for instance, the beginning poses many questions I wanted to explore, such as:

—Who is this detached narrator? Why is he here trapped in someone else’s body? What’s his purpose, and how does he make this life his own?

—Why did Dan kill himself?

Those are the questions that end up driving most of the book, as I seek to answer them for myself, and for the reader.


2) The opening needs to introduce us to the main character, and give us a reason to care about him/her. A friend of mine put it this way: Baby ducklings usually imprint on the first duck they see, and they follow that duck around. Likewise, readers need a duck to imprint on —a character who can become their guide to the world in the book. If we don’t have a character to latch onto and care about, we quickly get lost in the world, and don’t know what’s important. So one of the main jobs of the opening is to give us the duck we’re going to follow, and give us a reason to follow them.


3) The opening needs to establish a compelling voice. Voice is complex. It’s a combination of POV, tense, pace, diction, syntax, style and atmosphere. I think of it as the DNA of the story, because the voice signals what’s possible in a book, and what sort of story we’re going to get (will the book be tragic, comic, serious, introspective, etc…).

The voice needs to be clear right from the first line on. Legend has it that Hemingway used to write until he found the right voice for a story. Then he’d throw out everything that came before that (even if it took him twenty pages to find that “one true line”) and he’d start there. Whether this is true or not, it’s a good insight into the importance of voice, and making it clear from the beginning.

“As Gregor Samsa awoke one morning from uneasy dreams he found himself transformed in his bed into a gigantic insect.” — Kafka, “The Metamorphosis.”

“Lolita, light of my life, fire of my loins. My sin, my soul. Lo-lee-ta.” —Nabokov, Lolita

“Bibs, the janitor, had never killed a man before.” — Larry French, “Mr. Mumsford”

“If you really want to hear about it, the first thing you’ll probably want to know is where I was born and what my lousy childhood was like, and how my parents were occupied and all before they had me, and all that David Copperfield kind of crap, but I don’t feel like going into it, if you want to know the truth.” —J. D. Salinger, The Catcher in the Rye 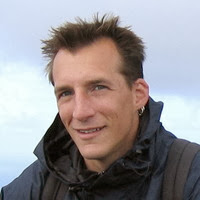 Todd currently lives in Fort Collins, Colorado, where he teaches creative writing and literature at Colorado State University. He lives in a pointy green house with a hyper dog, extremely cool wife, and two wild daughters. He enjoy's whitewater kayaking, mountain biking, dog wrestling and surfing. He think squirrels are amazing and dreams of the ocean at least once a week. He thinks happiness in life comes from giving back more than you take away and believes in the power of stories to change the way we think and act. And he spends a big chunk of every day alone in his basement writing. 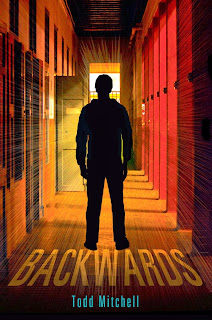 An edge-of-your-seat thriller asks: Is it possible to fix a tragic future by changing the past — while experiencing life backwards?

At the moment Dan’s life ends, the Rider’s begins. Unwillingly tied to Dan, who seems to be shuffling through life, the Rider finds himself moving backwards in time, each day revealing more of the series of events that led to Dan’s suicide. As the Rider struggles to figure out what he’s meant to do, he revels in the life Dan ignores. Beyond the simple pleasures of a hot shower and the sun on his face, the Rider also notices the people around Dan: his little sister, always disappointed by her big brother’s rejection, and his overwhelmed mom, who can never rely on Dan for help. Most of all, the Rider notices Cat with her purple hair, artistic talent, and misfit beauty. But Cat doesn’t want anything to do with Dan, paying attention instead to popular football player Finn. As the days move in reverse and Halloween looms, Cat becomes the center of the Rider’s world — until the Rider finds out the shocking reason why Cat is so angry with Dan. Can the Rider make things right before it’s too late?