Inspired Openings: A Blind Date With An Opening Line by Mark Kruger

Today, we are excited to have the debut author of OVERPOWERED, a fun, edge-of-your-seat thriller that released in August on the blog. Please welcome Mark Kruger!

A Blind Date With An Opening Line by Mark Kruger


First lines in novels are like blind dates. Filled with high hopes and eager anticipation that this might be THE ONE. The one that I’ll fall in love with… that will sweep me off my feet…

I might be attracted to the date, or like the way a certain book cover looks. But it’s not until the date opens his mouth, or I read those opening lines, that I know if I’ve found something special. And, whether I want to hang around to see what develops.

Unfortunately some first lines (and dates) are disappointments and fall flat. Others evoke non-committal shrugs and are less than memorable. Then there are those special ones that are magical. Which make me shudder with excitement – or experience a tremor of terror – or just make me smile with pleasure.

Great opening lines set the tone and entice a reader into a new world of adventure, where anything can happen.

That’s why I rewrote the opening chapters of my first novel OVERPOWERED many times. And it wasn’t until I got those pages and the tone just right that I could move ahead with the rest of the story. I originally wrote several versions of the opening chapters in the third person. I felt something wasn’t quite right.

My manager, who reads all my work and has awesome instincts about story and character, asked me a simple question after she read the pages. Had I thought about writing the story in the first person – in the voice of my main character, Nica? As soon as she said that, I knew she was correct.

By the next day, I had rewritten those early chapters. My story suddenly sparked to life in a way that it hadn’t before. Once I heard Nica’s voice in my head, the story began to pour out of me. I was deep inside it. From that moment on, I drew upon my experience as a TV and movie writer and obsessive reader to (hopefully) keep my readers wanting more by starting late and ending early. Which means that while each chapter propelled the characters and story forward – revealing another piece of the mystery – I always ended with another question, before letting anything get too resolved.

One of my all time favorite authors, whom I learned a lot about writing from even though I never met her, is the incomparable Shirley Jackson. Her novels are masterpieces of economy, yet brimming with deep insight about the darker side of human nature. The opening paragraph of her brilliantly disturbing novel “We Have Always Lived in The Castle,” is funny, strange and deeply unsettling.

“My name is Mary Katherine Blackwood, I am eighteen years old, and I live with my sister Constance. I have often thought that with any luck at all I could have been born a werewolf, because the middle two fingers on both my hands are the same length, but I have had to be content with what I had. I dislike washing myself, and dogs, and noise. I like my sister Constance, and Richard Plantagenet, and Amanita phalloides, the death cup mushroom. Everyone else in my family is dead.”

It tells you everything you need to know about the character of Mary Katherine, but sets up many mysteries and leaves you hungering for more. And believe me, the story does not disappoint!

The same is true for the opening paragraph from Shirley Jackson’s terrifying “The Haunting of Hill House,” which is equally memorable.

“No live organism can continue for long to exist sanely under conditions of absolute reality; even larks and katydids are supposed, by some, to dream. Hill House, not sane, stood by itself against the hills, holding darkness within; it had stood so for eighty years and might stand for eighty more. Within, walls continued upright, bricks met neatly, floors were firm, and doors were sensibly shut; silence lay steadily against the wood and stone of Hill House, and whatever walked there, walked alone.”

It’s creepy and unnerving and gives me a chill every time I read it. And the story that follows is among the best horror stories ever written. 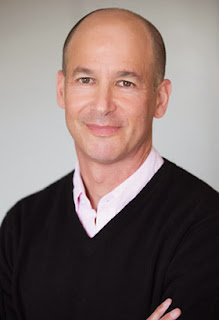 Mark H. Kruger was born in New York City and grew up in Long Island, where he spent much of his misbegotten youth watching scary movies and reading Edgar Allan Poe, Shirley Jackson and Charles Dickens. These days, he is a film and TV writer specializing in edge-of-your-seat thrillers and suspense. He has written and produced for The 4400 and Necessary Roughness and has worked with filmmakers Wes Craven, Clive Barker and Bill Condon. He lives in Los Angeles. 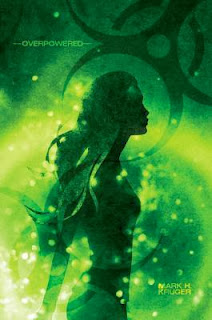 The world's safest town might actually be a deadly kind of dangerous. And Nica Ashley is about to learn the hard way.

Nica Ashley is accustomed to traveling the globe with her journalist mother, so when she gets sent to live in a small town with the father she barely knows, she's in for a bit of a culture shock. Barrington prides itself on being a sleepy, family community with the lowest crime rates in the state of Colorado. There's even a private security force run by Barrington Technology (BarTech) and a nightly curfew for all residents.

On Nica's first day at school, she meets Jackson Winters and finds out he went from school superstar to living ghost after his girlfriend disappeared a few months ago. When Nica follows him out after curfew one night, they both witness a mysterious green flash-and the next morning the power has gone out and all the birds are dead.

But secrets are well and alive, and as Nica and some of her friends discover they now have abilities best described as "super," they also realize that Barrington might not be so safe. And that BarTech is looking for them.