Craft of Writing: Suspension of Disbelief by Tamora Pierce

Tamora Pierce is the incredibly prolific Young Adult fantasy writer, who has won the Margaret A. Edwards Award from the American Library Association for her two quartets, Song of The Lioness and Protector of the Small. Her third book in The Circle Reforged series, BATTLE MAGIC, hit stores on September 24th. Please give a huge welcome to Tamora Pierce!

Suspension of Disbelief by Tamora Pierce


One of the major criticisms you hear about fantasy, whether you read it or write about it, is that it isn't real. This is buffalo puckey. For fantasy to engage so many alert, imaginative, smart readers, it has to deal in reality. Any writing must deal in reality in some form, or readers would discard it. Fantasy writers just dress it up in more interesting clothes. ;-)

One thing you ought to know: I am not good at making things up. I never have been. I always borrow from the real world to get started, even if I make a thing over so completely (my giant, thief-hunting, freeze-spreading lizards called Coldfangs began as the Greek harpies) that no one can recognize it. I always begin with what's real. That way, if I have to go back and to that area, there's always more information in the real world about it I can use.

I came to my approach to writing in general and character in particular in sixth grade, when I looked at the story I was working on (travels in a time machine) and realized all of my characters spoke and reacted all alike. Immediately I was never convinced I was never going to be any good as a writer, because I believed that real writers' characters sprang full-blown, unique and ready to go, out of their heads. (Some of them do work that way, and I hate them.) I decided to base my characters on the people I knew. I had never seen my friend Alex meet a woman from ancient Crete, whose dress would have been cut down to her bellybutton, but I was still pretty sure how Alex would react all the same.

I quickly learned to make changes to the characters I based real people on, because sometimes people don't really appreciate featuring in your work. Either your character ends up doing things they would NEVER do, or your character is too much like them, and they really don't like seeing themselves that way. Seriously, change their appearance, their nose, the color of their eyes--something. And if they nag you, saying, "Come on, that's really me," lie. You won't regret it.

When I ran out of people I knew, or no one fit the character I needed, I turned to TV and movie actors or the characters they play, performers (musicians, professional wrestlers, the jousters and vendors at Renaissance faires), and as I got better, photos from magazines. I keep files of pictures in a desk in my office, and in my photo software and in Pinterest online. When I need a new character, I find the photo I need. I get the right name from one of my 22 name books or from an online site in the case of hard-to-find names (Tibetan, Chinese). Once I have those, I begin to write the character in the story. As I write, the person becomes their own person, not whoever I base them on, with their own thoughts, needs, desires, and reactions. They become real people, just as real to fans as they are to me.

My cultures are the same. I can't make them up--I have to start someplace real. I've used the European medieval world for my first culture, as do many writers. It's familiar to most readers from the fairy tales they read as kids and from European history, so when they read about castles and drawbridges and the odd dragon, they're comfortable. Some writers go further, and write about King Arthur or the many famous characters around him. Some write about the characters that make up the Ring mythological cycle, or Cinderella, or Sleeping Beauty. They're all easy fits, and we've all seen authors who spread out from there in unique ways. It's easy to get people to believe in the familiar.

By the time I got to my second quartet I was beginning to chafe. I went further abroad for my Carthaki culture, taking it from a combination of ancient Egypt, ancient Rome, and the ancient Middle East. (Long story.) My next venture, the Circle of Magic books, was a little better planned. I used as my cultural model the medieval Middle East and Central Asia, with its crossroads of peoples. I based my map on that area. I based the clothes, cuisines, and customs on those of different peoples of the Middle East, or on variations of those things. I used dictionaries or phrase books in the languages of different countries to create my own foreign-language words and phrases. These give the flavor of a different culture to the text, though you should use this technique very lightly, or you discourage the reader. I went to detailed maps of an area, taking the names or pieces of names from places like small towns, rivers, mountains, peninsulas, islands, etc., to use as people’s last names or the names of the different places in my own map. Sometimes I rearrange the spelling, or use only part of a word, but even if the reader doesn’t really notice it, it gives me a feeling of reality and confidence in my culture that I think transfers to the reader.

Life has to be real to suspend disbelief. People should eat, and sleep. Dogs and cats have to be let out to do animal business. Teeth have to be cleaned, beds have to be made, horses must be cared for. It’s important to find out how far a horse can go in a day and under what conditions, because if you have a horse running all day without let-up, you will lose all of your horse-loving readers—and there are a lot of them out there. Magic should be the same. I view the realism in the way I write as the thing I do to make it possible for my readers to save up their suspension of disbelief for the magic, but the truth is, I try to make my magic sensible, too. It must follow rules. I like mine to draw on physics, and the energy that is inherent in all things. The stronger the magic used, the more powerful the world’s reaction to it, and the better chance that it will kill a mage who is unprepared, careless, or too weak to conduct the energy. Spell circles and drawings become magical circuits to conduct the power drawn from the mages, circuits that can increase or contain power. This way, it makes sense, and I keep my reader.

I have been known to throw books in which the magic, the setting, or the characters made no sense. I want readers to believe that they can turn a corner of our real world, find my characters, and hang out with them for a while. I want readers to feel as if they have traveled or might travel though the places I describe. And I want them to think the magic is possible, even practical. I want them to believe, even if it’s only for a little while. 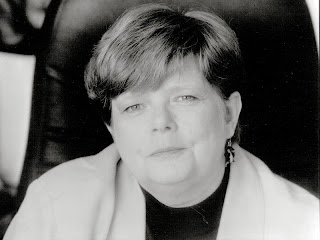 Tamora was born in South Conellsville, Fayette County, Pennsylvania, where she lived for the first few years of her life, when her and her family then moved to California, and eventually back to Pennsylvania, where she went to university and wrote the books that became The Song of the Lioness quartet. The first book of this quartet, Alanna: The First Adventure was published by Atheneum Books in 1983. Tamora lived with her husband Tim Liebe in New York City with their four cats and multiple other animals until they moved to Syracuse, New York. As of 2011, she has 27 novels in print, one short story collection, one comic book arc ("White Tiger: A Hero's Compulsion") co-written with Tim, and a short story anthology co-editing credit.


About Her latest Book 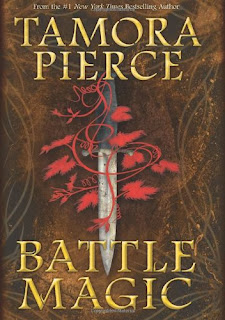 On their way to the first Circle temple in Gyongxe, mages Briar, Rosethorn, and Evvy pay a visit to the emperor's summer palace. Although treated like royalty when they first arrive, the mages soon discover that the emperor plans to invade Gyongxe, posing a fatal threat to the home temple of the Living Circle religion. Accompanied by one of the emperor's prize captives, the three mages rush to Gyongxe to warn its citizens of the impending attack. With the imperials hot on their trail, Briar, Rosethorn, and Evvy must quickly help the country prepare for battle. But even with the help of new allies, will their combined forces be enough to fight the imperial army and win the war?