Today we have the extremely talented author of the thrilling PERSEFONE trilogy. The first book DON'T TURN AROUND was selected as one of the best books of 2012 by the American Library Association, Entertainment Weekly Magazine and Kirkus. The second book in the series DON'T LOOK NOW was released this past August. Please welcome Michelle Gagnon!

Wow, I struggled with this post; it’s nearly impossible to pinpoint a single piece of advice that led to getting published. I was lucky enough to receive so many small tips and pointers along the way; targeting the one thing that made the difference is nearly impossible.

So instead, let me offer the 3 pieces of advice that had the biggest impact.

First, let me dispel any myths. For me, getting published was an extremely long and winding road, with more than a few potholes along the way. More than a decade ago, I started compiling a series of short stories into a novel. Like many debut novels, it didn’t have much of a story arc, and was largely autobiographical (sounds great, right? ). Convinced that it would be an instant bestseller, I immediately send it off to dozens of literary agents. Then the rejections started rolling in. I seriously must have set some sort of record; by the end, more than 50 agents passed on it. A few wrote lovely letters, encouraging me to try again. But frankly, I was heartbroken. By that point, the book represented years of my life; time I would never get back.

So I stopped writing for a few months. Then by chance, I attended an author event. Lee Child spoke about how it usually took a decade to become an “overnight success story.” And he explained that in his opinion, the authors who succeeded were the ones who didn’t give up. I’d come close to doing just that. But the next day, I started writing another book. That book became THE TUNNELS, and it was immediately signed by the first literary agent I sent it to.

I meet a lot of writers who have written 50, or 100 pages of a book. And that’s precisely when a lot of them give up. Listening to them, I’ve figured out why: when they got to that point, they went back and started editing their work. Granted, everyone has a different process, but here’s my advice: don’t start editing AT ALL until the bones of the story are in place. I’m currently finishing the rough draft of my 12th novel; and when I say rough, believe me, it’s no exaggeration. The manuscript is riddled with typos, overwrought metaphors, and clunky dialogue. I accept that much of the time, I’m going to despise what’s appearing on the page. But I grit my teeth and keep going, because the rough draft is called that for a reason. It’s all about getting the bones of the story in place. Later, I’ll end up reworking it chapter by chapter, scene by scene; I make between 15-20 passes on every book I write. So there’s plenty of time to fine tune it later.

The problem with editing as you go is that it’s a much slower process. I usually write 10 pages a day; during the editing process, I’m lucky to get through 3. So when a first time writer finally gets back to page 50, after perfecting those opening chapters, it’s daunting; like looking up at Everest, and realizing that you’ve barely reached base camp. Many, many people give up at that point. Avoid that by not stopping until you reach the end.

-You don’t have to write every day

Stephen King famously claims to write 4 hours a day, and read 4 hours a day. Every time I hear that, all I can think is that he probably never has a day that starts with driving carpool, followed by a PTA meeting, then returning home to discover that the water heater burst and somehow he has to get that fixed and clean all the water up off the floor.

Or maybe he does, I don’t honestly know. But the truth is that we’re not just writers, we’re people too; with families and pets and homes to maintain. We need to go grocery shopping and pay the bills. We need to take care of the people in our lives, and sometimes that doesn’t leave a lot of extra time to work on our manuscripts. And you know what? That’s okay. Because here’s the thing: even if you only write one page a day, by the end of a year, you’ll have a book. And if you manage to write five pages one day, and nothing for the next four days: same result.

I write when I can, for as long as I can. And there are days—heck, weeks—when I don’t write at all. I don’t bring a laptop on vacation; I don’t take it with me for family visits. It’s not always easy to get back into the groove of a story after a long absence, but it’s manageable. And preferable to not writing at all. So don’t buy into the myth that a “real” writer spends every spare minute slaving away at their keyboard, because by and large, that’s not the case.

I hope these three tips are helpful; I honestly wished I knew them when I was starting out. So persevere, focus on your rough draft, and don’t feel like skipping a few days at the keyboard makes you any less of a writer. We all have different paths; the important thing is that we all end up at the same place. 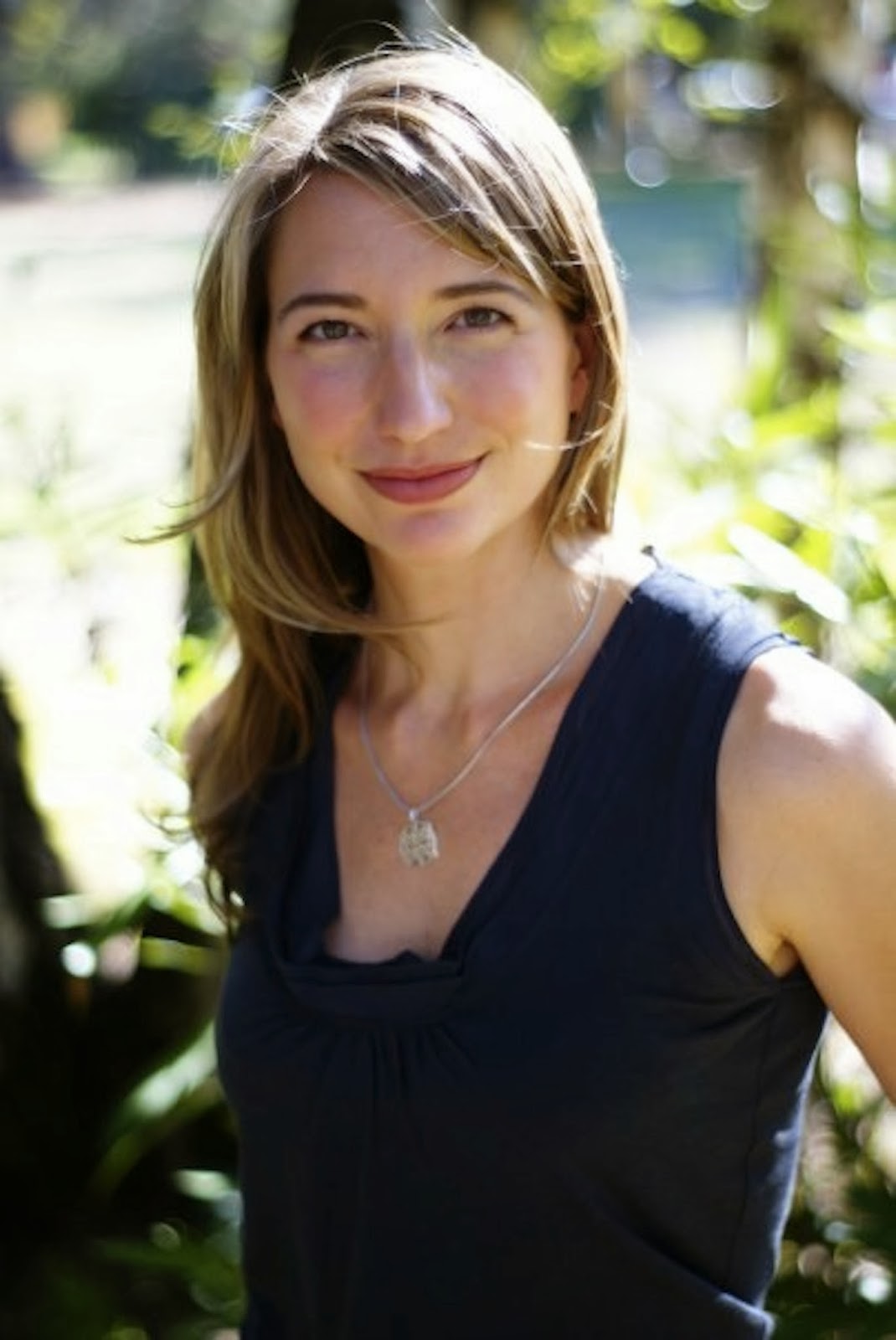 Michelle Gagnon is the international bestselling author of thrillers for teens and adults. Described as “The Girl with the Dragon Tattoo meets The Bourne Identity,” her YA technothriller DON’T TURN AROUND was nominated for a Thriller Award by the International Thriller Writer’s Association, and was selected as one of the best teen books of the year by Entertainment Weekly Magazine, Kirkus, Voya, and the Young Adult Library Services Association. Book 2 in the PERSEFONE trilogy, DON’T LOOK NOW, was released last month. She splits her time between San Francisco and Los Angeles. 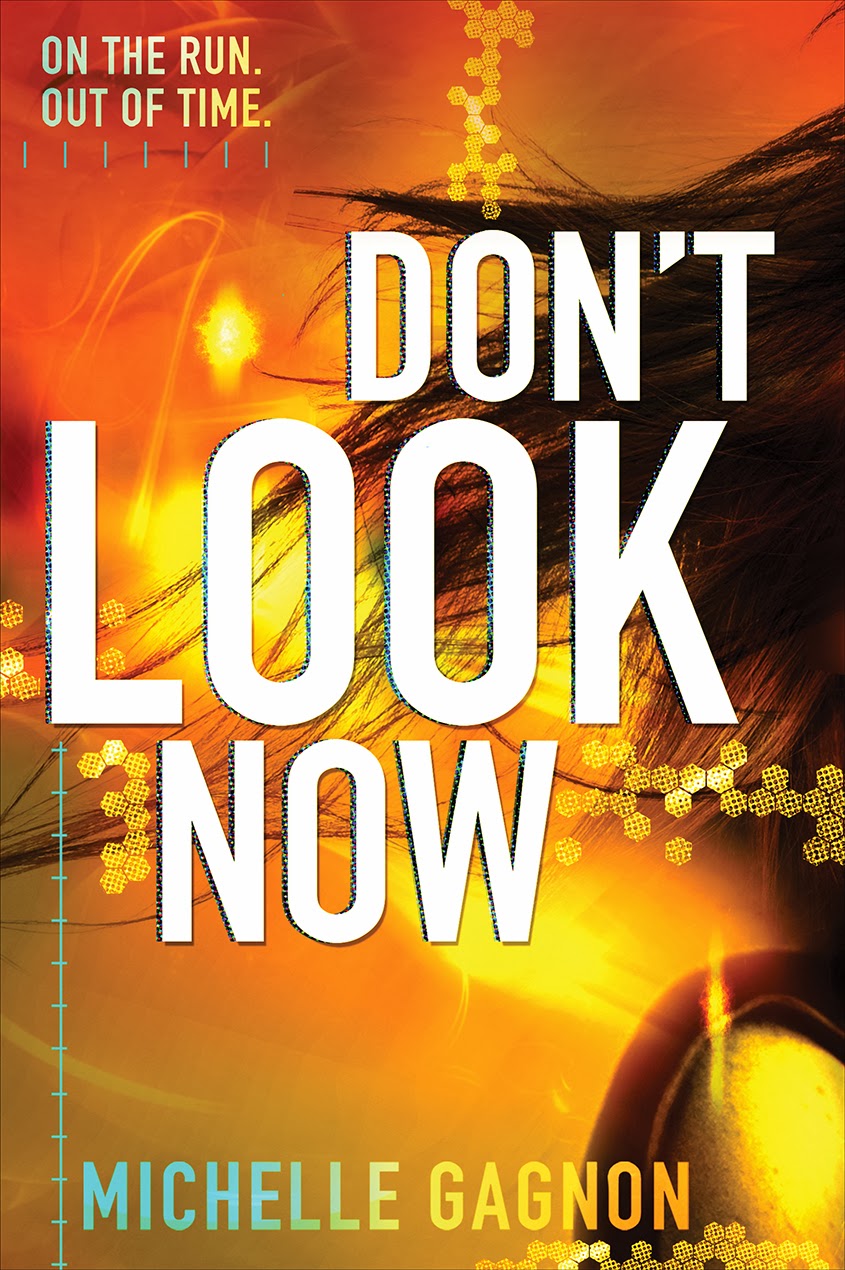 Noa Torsen is on the run. Having outsmarted the sinister corporation Pike & Dolan, Noa and her friend Zeke now move stealthily across the country, protecting runaways before they become test subjects for P&D's horrific experiments. Noa knows all too well what that feels like: Whatever they did to her has left her exhausted and scared.

Back in Boston, Peter anxiously follows Noa's movements from his computer, using his hacker skills to feed her the information she needs to stay alive. But he's desperate to do something more, especially when he learns what P&D has done to his ex-girlfriend Amanda.

Then, in an explosive confrontation, Noa and her team are trapped in the one place they thought was safe. It will take everything Noa and Peter have to bring down the corporation before it gets them first. And with no one to trust and enemies hiding at every turn, they may be the only people alive who can.

This stunning second book in the critically acclaimed Don't Turn Around trilogy raises the stakes to their absolute limit and will leave readers begging for the exciting conclusion, Don't Let Go.