WOW Wednesday: Have Fun With Your Grown up Game of Make Believe by Susan Beth Pfeffer


Susan Beth Pfeffer is the winner of many acclaimed awards for her children's and young adult books. The last book in the New York Times Best Selling series The Last Survivors, came out in August. We are so excited to have Susan here with us today!

The other morning I woke up with an idea.

I loved the idea. Instead of getting out of bed and feeding the cat, I let my mind focus on the plot, the characters, the entire glorious development. My favorite part of writing is the pre-writing, and if Scooter hadn't been so insistent on getting his can of Meaty Bits With Gravy, I might still be in bed, playing with characters' names and backstories.

I continued to think about the idea for much of the morning. I considered emailing my agent and telling her the basic idea to see if she thought it was publishable. But I told myself to hold off until I was certain I really wanted to commit my time and remaining few brain cells to the project.

As the day progressed, I noticed I was giving the idea less attention. Then finally I had one of those epiphany moments I could use a great deal more of.

"Why are you thinking about this idea?" I asked myself. "It's not a book you'd even want to read."

I stopped immediately. In fact, I no longer even remember what the idea was, which is why I'm not offering it to you right now.

I've got no problem with being my own biggest fan. No one is going to spend more time with my books than I am. My first audience will always be me, and if I'm writing a book I wouldn't even want to read, why should I expect anyone else to want to read it? 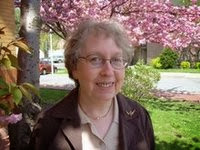 Susan Beth Pfeffer was born in New York City in 1948. When she was six her father wrote and published a book on constitutional law, and Pfeffer decided that she, too, wanted to be a writer. That year she wrote her first story, about the love between an Oreo cookie and a pair of scissors. However, it wasn't until 1970 that her first book, Just Morgan, was published. She wrote it during her last semester at New York University; since then, she has been a full-time writer for young people.

She has won numerous awards and citations for her work, which range from picture books to middle-grade and young-adult novels, and include both contemporary and historical fiction. She is also the author of the popular Portraits of Little Women series for grades 3-6, and has written a book for adults on writing for children.

To date, she has written more than 60 books. 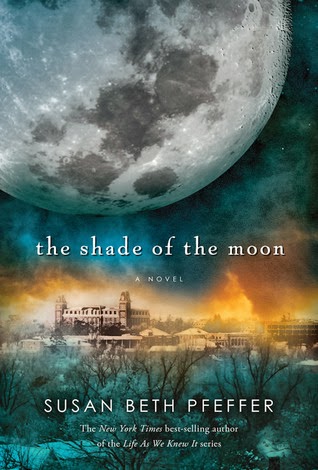 The eagerly awaited addition to the series begun with the New York Times best-seller Life As We Knew It, in which a meteor knocks the moon off its orbit and the world changes forever.

It's been more than two years since Jon Evans and his family left Pennsylvania, hoping to find a safe place to live, yet Jon remains haunted by the deaths of those he loved. His prowess on a soccer field has guaranteed him a home in a well-protected enclave. But Jon is painfully aware that a missed goal, a careless word, even falling in love, can put his life and the lives of his mother, his sister Miranda, and her husband, Alex, in jeopardy. Can Jon risk doing what is right in a world gone so terribly wrong?