Craft of Writing: Not Thinking About Characters by Brian Yansky

Today we have the hilarious author of quite possibly one of my favourite titles of the year, Homicidal Aliens and Other Disappointments, which released on September 10th. Please give a huge welcome to Brian Yansky!

NOT THINKING ABOUT CHARACTERS by Brian Yansky


I’ve been thinking a lot about not thinking about character lately. That is, I think that creating and building and developing character and the character’s relationship to the story come not from thinking him/her into existence but from finding the place where you, the writer, are intuitively engaged.

For me, one the reference points I always come back to in writing, is that the act of writing is much like my experiences in martial arts (I spent about seven years slowly earning belts, including black). When you’re sparring, so many things must happen at once that it is impossible to think while doing them. It’s the same when you’re writing. You have to be acting from some other place than conscious thought. Robert Olen Butler likens this place to dreaming in his book on writing called From Where You Dream. He says you must get to a kind of dream state and write from this place in order to write from the senses and not the head. Ray Bradbury put it more succinctly by tacking a little sign over his writing desk that read, DON’T THINK.

No doubt you’re thinking right now, how can I not think and what does all this have to do with characters anyway? Ultimately, characters are the heart of fiction for me. I don’t think you can think them into existence with charts and outlines though. You have to create the character from inside the character and you will make the right choices because you’re acting and reacting from this other place within. You are the character in a sense.

In fact, I actually think that when writers, me included, talk about their characters taking over the story this is what they mean. Characters act in unexpected ways because the writing is working on a level below consciousness. The characters aren’t really acting on their own; it’s all coming from the writer, of course. However, it seems that way because the writer is in this altered state, the kind of state athletes find when they talk about being in the zone.

So how do you get there?

Practice, of course. A little bit of talent. Thinking when you’re not writing in order to improve and to understand the craft of writing. More practice. But how do you actually get there? You make connections at a level that isn’t conscious until it is and then sometimes you make other connections because of these connections you make through the act of writing. Of course, you’ll be thinking about your story when you’re showering or walking or driving (this one can get your into trouble) and you’ll have insights. All of this will come from the act of writing though and finding that elusive zone when you’re writing.

So here’s some advice on how to find that place. Connect your character to other aspects of writing by making narrative come out of a character’s desires and yearnings. Many authors have advised this, including John Gardner and Robert Olen Butler. Use a character’s desire to motivate actions, which in turn create plot. For example, let’s say the character wants, more than anything, to raise his children well and one aspect of that is teaching them to do the right thing. He raises his children to follow his code. When a black man is falsely accused of raping a white woman in his small Southern town he agrees to defend him even though he knows this will make him unpopular with most of the town and hated by a few. Every act by him in the novel will reflect his desire if it’s a strong enough one. It will also, often, drive the plot, the action of the story.

The second useful thing to consider about character is the character’s central belief about himself or herself. Franny Billingsley in a blog post not long ago on the superb Cynsations blog (see post for the author’s eloquent explanation of her thoughts on this: http://cynthialeitichsmith.blogspot.com/2013/09/guest-post-franny-billingsley-on.html), calls this the character’s controlling belief. Her idea is that a character thinks of himself or herself a certain way and/or of the world in a certain way and his/her character is deeply affected by this, which in turn influences action in the story. She illustrates this by talking about a character in her novel, CHIME, who thinks of herself as “wicked, dangerous, cold” because of something that she thinks she’s done in her childhood. It causes her to develop and act in certain ways. The controlling belief of Atticus Finch may be that he must act honorably for himself and his children. So he risks a lot to do that, even his own safety and the safety of his children. His belief is not only important to his development as a character but helps drive the novel’s plot.

Sometimes the character’s controlling belief and what they want will be closely linked, even work in a kind of harmony. Sometimes they will be at odds with one another in a way that will create conflict and tension, which, of course, is good for story if not exactly good for your characters.

A third useful thing to consider is setting as a reflection and developer of character. Writers as diverse as Joyce Carol Oates and Michael Connelly have said they consider setting as a character. In On Becoming a Novelist John Gardner wrote, "Setting exists so that the character has someplace to stand, something that can help define him, something he can pick up and throw, if necessary," Where your character lives and where your story lives can be another way to connect character to your story.

By connecting character to plot and the deeper ramifications of story, subtext, and theme, through the character’s yearnings and self-image, the writer is on her way to that zone where she will make the right choices. It will help the reader develop character and story from inside instead of from some external place that might force the wrong choices. It will help the writer follow Mr. Bradbury’s advice to “Don’t Think.” 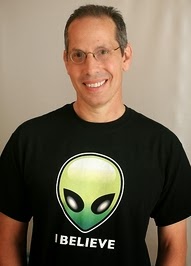 Brian Yansky is the author of several young adult novels (including the award winning MY ROAD TRIP TO THE PRETTY GIRL CAPITAL OF THE WORLD) and many stories for adults. ALIEN INVASION & OTHER INCONVENIENCES (which the Horn Book called provocative, profound and wickedly funny) and the sequel, HOMICIDAL ALIENS & OTHER DISAPPOINTMENTS (Candlewick Press, Sept 2013), are the latest. He has an MFA in Writing from Vermont College. He lives in Austin, Texas. 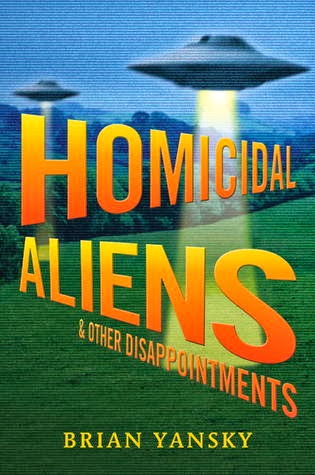 The reluctant hero from Alien Invasion and Other Inconveniences is back in all his droll glory — and this time the fate of humankind is on the line.

Jesse has had the worst year of his life. First a race of homicidal (but very polite) aliens invaded Earth, killing pretty much everyone and enslaving the few people left behind, including Jesse; his best friend, Michael; his sort-of girlfriend, Lauren; and the girl of his dreams, Catlin. Now Jesse is revered as some sort of Chosen One all because he managed to kill one of the alien lords and escape — even though he’s not really sure how he did it. But it’s hard to argue with the multitude of new talents he is developing, including (somehow) killing aliens with his mind and grasping glimpses of alternate futures. With thousands of aliens already on Earth and thirty million more about to arrive, Jesse has to decide whether to embrace his maybe-destiny before the world is completely destroyed. No pressure.