The Gods of ANTIGODDESS by Kendare Blake share their Bucket Lists

When Adventures in YA Publishing invited me to guest post, I wasn’t sure which type of feature to do. But a Bucket List seems particularly appropriate, since the gods of ANTIGODDESS are in fact, dying. So here we go.


ATHENA- Athena. Goddess of battle, and justice. She’s a tough girl to read. I don’t know that she would have a bucket list. If she does, it’s very basic. Save the ones she cares about. And die well.


APHRODITE- As the goddess of love and beauty you’d think her number one would be to fall in love, but it actually isn’t. Number one on her list is to inspire love. To set one more great love in motion and watch it burn. She would want another Antony and Cleopatra, another Heloise and Abelard, another…Buffy and Spike. Or Buffy and Angel, if that floats your boat. And then she would want one last great roll in the hay with her favorite consort, but I won’t say who that is. Or at least she would want that, if she wasn’t completely nuts.


HERMES-Ah yes, Hermes. God of Thieves. Faster than a speeding bullet. Spoiled and pampered as an indoor cat. He’d have a bucket list a mile long. Here’s the short version:

-Visit all the beautiful cities of Europe. Every single one.

-Eat so much caviar that he’s officially classified as a sturgeon hatchery.

-Murder all those sturgeon eggs with copious amounts of champagne.

-And maybe, just maybe, learn to give an actual damn about something. This would be last on the list.


HERA- Another easy one, but for the opposite reason. Her bucket list consists of only two items: 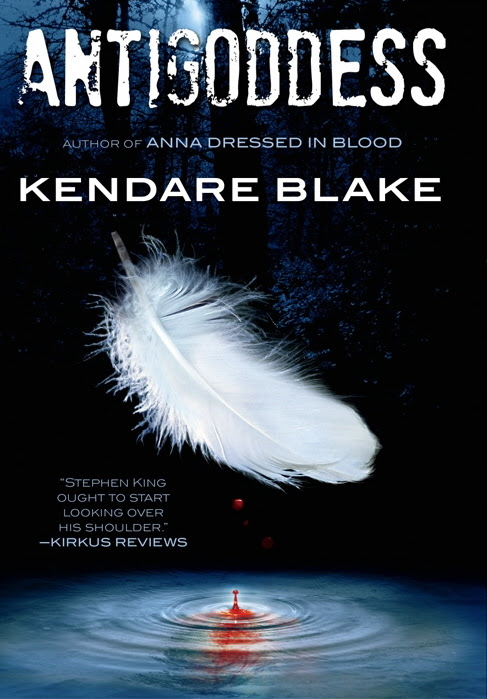 The Goddess War begins in ANTIGODDESS, the first installment of the new series by acclaimed author of Anna Dressed in Blood, Kendare Blake.

Or so Athena thought. But then the feathers started sprouting beneath her skin, invading her lungs like a strange cancer, and Hermes showed up with a fever eating away his flesh. So much for living a quiet eternity in perpetual health.

Desperately seeking the cause of their slow, miserable deaths, Athena and Hermes travel the world, gathering allies and discovering enemies both new and old. Their search leads them to Cassandra—an ordinary girl who was once an extraordinary prophetess, protected and loved by a god.

These days, Cassandra doesn’t involve herself in the business of gods—in fact, she doesn’t even know they exist. But she could be the key in a war that is only just beginning.

Because Hera, the queen of the gods, has aligned herself with other of the ancient Olympians, who are killing off rivals in an attempt to prolong their own lives. But these anti-gods have become corrupted in their desperation to survive, horrific caricatures of their former glory. Athena will need every advantage she can get, because immortals don’t just flicker out.

Every one of them dies in their own way. Some choke on feathers. Others become monsters. All of them rage against their last breath.

The Goddess War is about to begin.

Kendare Blake is an import from South Korea who was raised in the United States by caucasian parents. You know, that old chestnut. She received a Bachelor's degree in Business from Ithaca College and a Master's degree in Writing from Middlesex University in London. She brakes for animals, the largest of which was a deer, which sadly didn't make it, and the smallest of which was a mouse, which did, but it took forever. Amongst her likes are Greek Mythology, rare red meat and veganism. She also enjoys girls who can think with the boys like Ayn Rand, and boys who scare the morality into people, like Bret Easton Ellis.