Personality Test: Are You A Writer? By Molly Cochran


Is There Such a Thing as a “Writer’s Personality”?
By Molly Cochran


While speaking to some high school students a few months ago, someone asked me if there were certain qualities that characterized a writer. It was such an intriguing question that I had to give it some thought. Is writing an intellectual skill that is learned, like a knowledge of geography, or are some people simply disposed, by virtue of their inborn character, to become writers?

I’ve always believed that writers were made, not born. We are forged in the fires of early life and teaching. Many of us began to write as a way to escape whatever trouble the “real” world inflicted on us. Personally, I’ve always felt safer in the universes I create than in the one I am forced to live in.

But is the writer’s need to write even more basic than a pervasive dissatisfaction with life as we know it? Are some of us, in fact, born to write?

My conclusion—which, I hasten to add, is entirely subjective and unscientific—is yes. Yes, there are some characteristics that, while not necessary to the craft of writing itself, may make the writing life more appealing to some than to others.

If I’m right, it may explain to some degree why so many people with considerable writing talent never produce a book, while others with less brilliance go on to become professional—and successful—novelists.

And so, ridiculous as my theory may be, I present here, for entertainment purposes only,


Five characteristics that I believe most writers possess

1. An affinity for solitude. If the only professional writers you’re familiar with are TV characters like Richard Castle and Jessica Fletcher, you may think a novelist’s life is a glamorous round of book signings, lecture tours, and launch parties. But the truth is, even if you’re a huge success and actually do these things, most of the time you’re alone. Writing is solitary. The only relationship you’ve got going while you’re working is between you and your thoughts. So if you’re one of those people who need warm bodies around you to feel comfortable, this line of work isn’t for you.

2. A (slightly) selfish character. This is related to point #1. However fond you may be of your spouse, children, parents, and friends, your work will require you to spend considerable amounts of time without their company. This may be okay with you, but informing these people that, while you love them, you need for them to butt out of your life for long stretches of time often leads to accusations of neglect and selfishness…which, alas, are often true. We know that what we do isn’t really selfish—it’s more like serving a demanding taskmaster—but the non-writers of our acquaintance, especially those close to us, are unlikely to understand this.

3. A love of reading. Writing without reading is like talking without listening. You can’t learn much just by rehashing what’s already in your head. You have to fill it with new information, and reading is the best way to do this. A bit of advice: Don’t worry about what you read; just read what you like. A big part of being a good writer is knowing who you are. If you read nothing but sci-fi, don’t write romance novels.

4. A willingness to accept criticism (and failure). Your friends may allow you to bask in their endless praise but, believe me, once you take your work into the publishing world, the applause stops. An editor will never tell you that your work is so flawless that you’d better start writing your Nobel prize acceptance speech. Your agent—should you be lucky enough to get one—will send your manuscript out to dozens of publishing houses, most (if not all) of which will invariably reject it with little explanation. An acceptance in this milieu is cause for jubilation, not a common occurrence. When an editor does buy your book, you’ll probably have to rewrite it a number of times according to her suggestions, which you may or may not agree with. There’s some leeway here, but if you flatly refuse to change anything you’ve written, chances are pretty good that you’ll be looking for another publishing home before long. There is no room for arrogance here. When your book is sold, it is no longer your exclusive property. But take heart: Following direction will make you a more skillful writer, and after all the frustrating rewrites, your book will show it.

5. A passion for writing that surmounts all obstacles. It’s not easy to be an artist. The standards of success are different from those of the business world. Yes, some writers do achieve fame and fortune, but for most of us the principal reward comes from being able to spend our working lives doing what we love. Still, there are some drawbacks that people in other professions don’t encounter. Throughout your teenage years, people who care about you admonish you to “be realistic” or “get a real job”. As you reach full adulthood, you usually do get a real job out of financial necessity, followed by the further challenges of marriage and a family. And then, as you approach what would in other fields be called retirement, you may feel qualms about how much you’ve really done with your life. Where’s the big house and fancy car you might have if you’d become, say, a stockbroker instead of a writer? How many relationships did you sacrifice in order to pursue your dream? Why, after a lifetime of excellent work, do you still have to seek the approval of editors who are half your age and bloggers who can’t spell above a third grade level? Was it worth it?

If your answer to that, after reading what I’ve written, is yes, then the decision to become a writer has already been made, whether or not you fit the criteria I’ve posited. And to you I say, Go forth, you brave and stalwart soul! Regard yourself as a writer and an artist without shame or explanation. Ignore the criticism and scorn of others. Accept that you will always be a student, even when you have become a master. Chronicle your time. Translate your life into words. Follow your bliss. 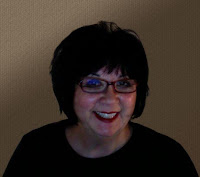 Born in Tokyo, Japan, Molly Cochran lived in Europe and was educated at the University of Pittsburgh and the Sorbonne in France. She has written 26 books, including 12 ghosted novels, and the non-fiction bestseller, Dressing Thin, before her own first novel, Grandmaster, was a New York Times Bestseller.

Since then, she has written almost a dozen other suspense and fantasy thrillers, including the international best-seller, The Forever King.