Writing Is Kind of Like the Road Trip from Hell (and a THE MURMURINGS Giveaway!) by Carly Anne West

Hosted by Nichole over at YA Reads

All of us here at Adventures in YA Publishing are SO incredibly happy to be taking part in the 2013 YA Debut Author's Bash this year and we are even more excited to have the author of the supremely creepy and delicious THE MURMURINGS, Carly Anne West! (And by the way, that genius editor she is talking about is also Martina's genius editor!)


When I'm in the throes of writing a novel, I look like crap. Gray hairs coil from my roots. Bangs grow to epic lengths. I am what I eat. After I've progressed through that phase of the writing process (let¹s say, for instance, I've allowed my genius editor to pry my manuscript from my neurotic hands, or I've left it in the delicate cradle of my brilliant agent for submission). Magically, the frizz in my hair vanishes. I can see past my bangs. I eat vegetables again.

Many people have heard Flannery O'Connor's famous quote: "Writing a novel is a terrible experience, during which the hair often falls out and the teeth decay. I'm always irritated by people who imply that writing fiction is an escape from reality. It is a plunge into reality and it's very shocking to the system."[1] I suspect Ms. O'Connor and I might have diverged on certain topics, but with her sentiment on writing, I couldn't possibly agree more. I could quote maybe that entire essay and just end with "YES!" but I think that¹s frowned upon, so I'll offer my own thoughts instead.

I've been asked to delve into the creation of the creep factor, a process in which I engaged a great deal in THE MURMURINGS, and most recently in my newest book (which I just turned over to aforementioned genius editor). And while many practices between writing these two books have changed in terms of my writing process, the creation of the creepy atmosphere remained relatively the same. It exhausted me to the brink of collapse.

That's not to say it wasn't fun. I can think of any number of exhausting activities that equal fun (hush, Peanut Gallery). But make no mistake, the build-up of an intense atmosphere of any kind in a novel requires a ton of diligence and stamina, qualities I have to continually remind myself to employ. They don't come naturally.

Why all the exhaustion? Here's the thing (and I suspect not all authors would agree with me on this front, but that's what makes us all beautiful, unique snowflakes): For me, in order to experience actual fear, I need to be emotionally involved. Something about the characters' plights has to be relatable enough in order for me to feel connected straight away. A common theme in any work I write ­ horror or otherwise ­ seems to be loss. I write a lot about the ends of relationships, the death of a loved one, the breaking from one persona and the emergence of a new one. I often write about characters in massive transition. I find that characters in these states are rife with emotional material, and all that material is exposed, ready for examination. And that sort of vulnerability lends itself nicely to fear. But I'll get there in a minute.

For me, writing horror employs the same literary practice much of writing engages: holding a magnifying glass up to emotion, Ms. O'Connor's "plunge into reality." Now here's the thing with horror ­some of the most compelling human emotions are the ugliest ones. And plucking emotions from that buffet of tragedy I typically like to nosh from is a little like cleaning the sneeze guard on said buffet; what I find is often unexpected and most often a little frightening. Sometimes I don't set out to write a scary novel. Sometimes that's just where the character's emotional state directs me.

Which brings me to the way I look when I write a novel with disturbing content, which you might consider horror or supernatural or just weird. I don't know what to call it either, by the way.

Once I've landed on the emotions I'm going to follow, that character and I go on this little adventure. It's in that adventure that I start to see the plot, and thus begins the deterioration of my personal appearance. Studying that kind of emotion up close causes a lot of tension. We're on this path together, the character and I, and at times, the car is a little too tiny. Imagine us in a Fiat. We get sick of one another's presence. We eat one another's granola bars that only one of us paid for. And up close, I start to see things in that character I might not have seen a couple of days earlier. Not all of it is pretty. And this character often makes terrible decisions. Like bringing me along on the road trip from hell in a Fiat.

After a while, we're both starting to smell like the car, which reeks of the stench that human emotion creates after so much time in an enclosed space. But the tension is building to a boiling point, and here is where things get interesting. We've been sitting on a kind of pressure cooker for a while now, getting so close to the emotions that you can see its pores. And bam! That's when something happens. And in a creepy book, that's typically the big BOO!

But the big BOO! can't happen at least for me without all that atmospheric pressure. I want to say it's like a storm, but that feels a little too obvious, and besides, I've already extended, like, five metaphors throughout this post.

So this is the process that makes me pace the floors. That makes me chew my cuticles to pulp. That makes me twist my hair into frayed clumps and eat my bodyweight in nachos. Being that close to another person for that long ­examining each and every thought they have and the emotional, physical, psychological and often irrational reaction they have to the events in their life ­is an exercise in stamina. In THE MURMURINGS, I knew that in order for Sophie to engage in the pursuit of finding out what was happening to her, she would have to be dealing with several powerful emotions: guilt, sorrow, fear for her own sanity. In my newest book, I took a ride with my protagonist, and she brought me to the woods. I don't think either of us knew exactly what we were getting into, but we went to a very dark place.

Which is why I have a haircut appointment next week and a fridge full of fresh vegetables. 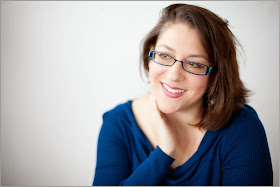 Carly grew up in Pheonix, Arizona where she spent her summers swimming and spending so much time out in the heat that she melted several pairs of shoes.


After graduating with a BA from Arizona State University, she moved to Nashville, Tennessee with her long time love and best friend Matt, then relocated again three years later to Oakland, California where she earned her Masters of Fine Arts in English & Creative Writing from Mills College.

Carly now lives in Seattle, Washington with her family and writes among the luxurious rain and evergreens.

Everyone thinks Sophie’s sister, Nell, went crazy. After all, she heard strange voices that drove her to commit suicide. But Sophie doesn’t believe that Nell would take her own life, and she’s convinced that Nell’s doctor knows more than he’s letting on.

As Sophie starts to piece together Nell’s last days, every lead ends in a web of lies. And the deeper Sophie digs, the more danger she’s in—because now she’s hearing the same haunting whispers. Sophie’s starting to think she’s going crazy too. Or worse, that maybe she’s not….


And now for a GIVEAWAY! 2 copies of Carly's book are up for grabs!