Wasn't that wonderful news from Clara Kensie last week about her book deal with the new digital imprint of Harlequin Teen? I'm so happy she can finally announce it and start getting you all excited about her book. I don't know about you, but I'm fascinated by the idea that it will be released as a serial in three parts a week apart. I think back to the great books that started as serials and the cliffhangers that came out of the format. The Three Musketeers and The Count of Monte Christo are among my favorite books of all time, and I adore Sherlock Holmes. There's also Uncle Tom's Cabin, Madame Bovary, and Anna Kerenina. Having read Clara's book, I know it was a thriller to start with. I can't wait to see what happens in the editorial process.

What do you think of serials coming back? Is your opinion different as a reader than as a writer?

I'm in the editing cave for a few weeks, so the pick and mix is going to be shortened this week. I'm posting Clara's winners below this week's AMAZING new release from David Levithan, and I'll see you again next weekend with the regular format.

The good news is that things are happening with my book! The team at Simon Pulse has picked a cover designer, who is already working on a concept I'm thrilled about. I'm hoping to get the go ahead soon to share some of the designer's other work with you. They've also got a new title, which may change, so I'm not going to share yet. Most importantly, my editor has blown my mind with her insight into the story and into Barrie, Eight, Cassie, and the other characters. She's picked up on nuances and history that aren't even in the book. And her line edits are brilliant. In fact, looking at the pattern in her line edits, I came up with this week's writing tip. It's at the end of the post. :)

Have a wonderful week!

New York Times' bestselling author David Levithan tells the based-on-true-events story of Harry and Craig, two 17-year-olds who are about to take part in a 32-hour marathon of kissing to set a new Guinness World Record--all of which is narrated by a Greek Chorus of the generation of gay men lost to AIDS.

While the two increasingly dehydrated and sleep-deprived boys are locking lips, they become a focal point in the lives of other teen boys dealing with languishing long-term relationships, coming out, navigating gender identity, and falling deeper into the digital rabbit hole of gay hookup sites--all while the kissing former couple tries to figure out their own feelings for each other.

This follow-up to the bestselling Every Day showcases David's trademark sharp-witted, warm-hearted tales of teenage love, and serves as a perfect thematic bookend to David's YA debut and breakthrough, Boy Meets Boy, which celebrates its 10th anniversary in 2013.

TIGER’S CURSE by Colleen Houck
THE FOREST OF HANDS AND TEETH by Carrie Ryan
BURNED, IMPULSE, and IDENTICAL by Ellen Hopkins

THE SUMMER OF SKINNY DIPPING by Amanda Howells
THE SWEET, TERRIBLE, GLORIOUS YEAR… by Lisa Shanahan
THIS LULLABY by Sarah Dessen
HOW NOT TO MAKE A WISH by Mindy Flask
SONGS FOR A TEENAGE NOMAD by Kim Culbertson
Winner: Erica Haglund

Reader of the Week: Natalie Aguirre 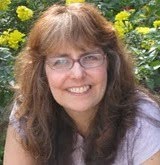 Natalie is a gift to the online writing community. As a reader, she does fantastic reviews and giveaways of great young adult and middle grade books over at Literary Rambles.

She is also a tireless friend to so many in the blogosphere. I don't know how she does what she does, but she's fantastic. Thank you, Natalie, for all you do, and for stopping by here so faithfully and supporting us!


Blogger/Writer of the Week: Carol Baldwin

Carol has been both a reader and a journal writer for more than 30 years. Her book, "Teaching the Story: Fiction Writing in Grades 4-8" (Maupin House, 2007) reflects these twin passions of reading and writing. "If you want to write, read!"

Carol is writing her first young adult novel, and she teaches and speaks as well. Hop on over to her blog to find posts like the following:

Do a global search for the word "it" in your manuscript. Replace almost every instance with specific details. Readers use detail to keep them grounded in the story, and the more unique the details are, the better. Replacing that one little word lets me build in additional detail and insights into character. Each generic "it" is a lost opportunity!

Something Fun Things to Watch