We're excited to have Sonya Sones on the blog today. Sonya is an award-winning poet and author. Her next book, To Be Perfectly Honest, is a novel in verse and releases on August 27th from Simon & Schuster.

Dialogue is a fabulous way to reveal your character’s characters – who are these people are who are speaking?

In this excerpt from HOLES, by Louis Sachar, it only takes a few short lines of dialogue to reveal all we need to know about the character of the bad guy—he’s mean, nasty and strict:

The man in the cowboy hat spit sunflower seed shells into wastepaper basket. Then he walked around the desk to Stanley. “My name is Mr. Sir,” he said. “Whenever you speak to me you must call me by my name, is that clear?”
Stanley hesitated. “Uh, yes, Mr. Sir,” he said, though he couldn’t imagine that that was really the man’s name.
“You’re not in the Girl Scouts anymore,” Mr. Sir said.


In this brief piece of dialogue from SPEAK, Laurie Halse Anderson reveals that the art teacher, Mr. Freeman, is an eccentric, passionate, sensitive idealist:

He smiles at us as we file into class. He is hunched over a spinning pot, his hands muddy red. "Welcome to the only class that will teach you how to survive," he says. "Welcome to Art."

Mr. Freeman turns off the wheel and grabs a piece of chalk without washing his hands. "SOUL," he writes on the board. The clay streaks the word like dried blood. "This is where you can find your soul, if you dare. Where you can touch that part of you that you've never dared look at before. Do not come here and ask me to show you how to draw a face. Ask me to help you find the wind.”


STONER AND SPAZ, by Ron Koertge, is about a kid named Benjamin, who’s got cerebral palsy, and is severely deformed. Here, in a very brief passage of dialogue between Benjamin and the lady in the ticket booth at a movie theater, we learn a surprising amount about his character - that although he’s somewhat bitter about his condition, he’s managed to keep his sense of humor about it:

Mrs. Stenzgarden sits in the ticket booth.
"Hello, Benjamin." Her finger hovers over the red button. "One?"
"Since it's Monster Week, do I get a discount?"
She glances up from the horoscope maga¬zine she's been reading. "I don't think I under-stand, dear."
"Just a little joke, Mrs. Stenzgarden.”


This excerpt from ON THE WINGS OF HEROES, by Richard Peck, reveals with great economy a tremendous amount about the character of a son and his father during WWII, and of the customer who shows up at their gas station:

"Say, listen, buddy," he said to Dad, “give me a Firestone for a Cadillac."
Dad looked him over. Eight or so tires still hung on the lubritorium wall.
“I’ve got a certificate from the Ration Board," the big shot said, “if that's what's worrying you."
“I can’t help you," Dad said.
“Don’t waste my time." The big shot jerked a thumb at the tire wall. "You've got one left."
“It’s earmarked for a regular customer," Dad said, which couldn’t be exactly right because he didn't have a regular Cadillac customer.
“This war's a real opportunity for you little guys to throw your weight around, isn't it? For the first time in your life.”
Nobody talked to Dad like that.
"Maybe you don't know who I am," the big shot said. He was standing too close, in Dad's face.
"Maybe I better not find out." Dad's right hand clenched. It wasn't his good hand, but this guy wouldn't know that. I almost fell off the fender from looking back. The big shot's ears had gone an ugly color. He piled in the Cadillac and thundered out onto Division Street.
I was beside Dad now. I held up something to show him, and he blinked. It was the Cadillac’s wiper blade, off the driver's side, because nobody ought to talk to my dad like that.
"It could have worked loose anyway," I said, "sooner or later."
"Son," Dad said, "that's not what we mean by full service." But his hand was working over his mouth, and he was grinning behind it.


We now know that Davy is a loyal and mischievous son, that his father is honorable man, strong, and not easily intimidated, and that Mr. Big Shot is nothing but a selfish, greedy, nasty, coward.

But as Richard Peck says “The ultimate dialogue is the one that’s set up between the protagonist and the reader. It’s a powerful argument for writing in first person – to keep the alien adult author in the wings.”

My own novels are written in verse. They are a series of short poems which, when read all in order, tell a story. Dialogue isn’t particularly poetic, especially not realistic dialogue. So I try to keep my dialogue as brief as I possibly can, and only use it sparingly. Although, truth be told, I don’t think that’s bad advice for regular novelists either. Cut right to the chase—don’t bother with “Hello, how are you?” People may begin conversations like that in real life, but as writers it’s our job to create a sort of heightened reality—a reality that won’t bore our readers. So we’ve got to cut out all the boring bits that happen in real life. Poetic license!

In this passage from my new book TO BE PERFECTLY HONEST (A NOVEL BASED ON AN UNTRUE STORY), I use dialogue to heighten the thrill my narrator, Colette, is feeling when her seven-year-old brother Will (who lisps because he’s missing his front teeth) introduces her to a gorgeous guy named Connor:


Will’s Beaming Up at Me


With a proud gap-toothed grin,
gesturing toward the guy,

So husky and low,
just a cut above a whisper…

And now he’s saying my name again,
rolling it over his tongue

like he’s savoring a lick
of an ice-cream cone.

And when he says this,
a shiver runs through me—

“Man…,” he says,
flashing me a dizzying smile.
“You’ve got amazing eyes.”

“I’ve got amazing eyes?”
“Yeah,” he says, “I've never seen
a girl with purple eyes before.”

I've been so entranced by his eyes,
(and his hair and his voice and his smile)
that I forgot I was wearing contacts.

But,
now that he’s reminded me,
I just shrug and say,

So here I have used dialogue to reveal that Connor is very flirty guy. And I’ve also used it to reinforce for the reader that Colette is big liar. When Connor compliments her eyes, she doesn’t tell him she’s wearing contacts. She says, “Genetics,” heralding the first of the many, many lies she will tell him.

In closing, I’ll bequeath unto you three tips for writing great dialogue:

Read your dialogue out loud when you are writing it. This will help you to hear if it sounds natural, real, and right. (Hint: if your tongue keeps tripping over the words, they’re wrong.)

Don’t use too much current slang, or your book will very quickly sound dated. Classic slang is a safer bet.

Don’t overuse profanity. Otherwise it loses its power. Save it for the very big moments, when it would sound false if your character didn’t swear.

“Now quit reading this article and get back to work!” Sonya said, and she heaved a sigh of relief at having finished writing it. 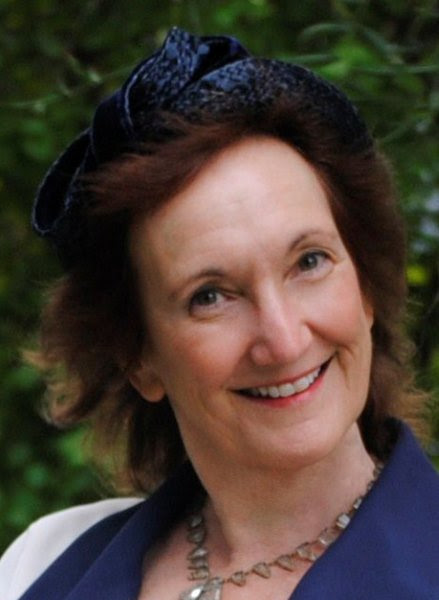 SONYA SONES has written five young adult novels in verse: Stop Pretending, What My Mother Doesn’t Know, What My Girlfriend Doesn’t Know, One of Those Hideous Books Where the Mother Dies, and To Be Perfectly Honest. They’ve received lots of honors, including a Christopher Award, the Myra Cohn Livingston Award for Poetry, the Claudia Lewis Poetry Award, and a Los Angeles Times Book Prize nomination.

Sonya will be the first one to tell you that in 2010 her novel in verse, What My Mother Doesn’t Know, made the ALA’s list of the “Top 100 Most Challenged Books of the Decade.” (To find out why, please see page 46.) She has also written a novel in verse for grownups—the Los Angeles Times bestseller The Hunchback of Neiman Marcus, a coming of middle-age story about learning to grow old disgracefully, which has been optioned by Michelle Pfieffer. 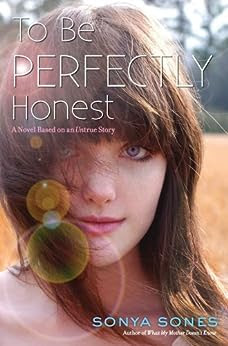 Can honesty lead to heartbreak if the truth is subjective? A compelling novel in verse from Sonya Sones.

Her friends
have a joke about her:
How can you tell if Colette is lying?

Her mouth is open.

Fifteen-year-old Colette is addicted to lying. Her shrink says this is because she’s got a very bad case of Daughter-of-a-famous-movie-star Disorder—so she lies to escape out from under her mother’s massive shadow. But Colette doesn’t see it that way. She says she lies because it’s the most fun she can have with her clothes on. Not that she’s had that much fun with her clothes off. At least not yet, anyway…

When her mother drags her away from Hollywood to spend the entire summer on location in a boring little town in the middle of nowhere, Colette is less than thrilled. But then she meets a sexy biker named Connor. He’s older, gorgeous, funny, and totally into her. So what if she lies to him about her age, and about who her mother is? I mean, she has to keep her mother’s identity a secret from him. If he finds out who she really is, he’ll forget all about Colette, and start panting and drooling and asking her for her mother’s autograph. Just like everyone always does.