Great Openings Grab the Reader by the Throat by Eve Silver

We're so pleased to have Eve Silver with us today. A long time Adult Romance author, she recently joined the Young Adult fiction world with the first book in her RUSH series.

Great Openings Grab the Reader by the Throat
by Eve Silver

The first novel I wrote opened with the heroine sitting in traffic and thinking about how much she hated sitting in traffic. While relatable—most people have had to sit in traffic at some point in their lives—the opening wasn’t interesting in the slightest. That book is buried in the back yard where it belongs.

I’ve learned a thing or two about openings since that first foray.

RUSH, the first book in my new young adult series, opens with Miki Jones—a girl who’s trying to find a new normal after the death of her mother—hearing an unfamiliar voice in her head. The opening juxtaposes Miki’s normal (high school, friends, the world she currently inhabits) with the new, unfamiliar and frightening (a voice in her head) that marks the gateway into the new world she’s about to be dragged into. I did consider beginning the book with an action scene, a sequence that already has Miki in the game, but it struck me that reader’s would have no reference point for who Miki is and the sort of life she leads, and that would ultimately lessen the impact of the action sequence.

Here’s the opening of RUSH:

My head jerks up. My attention narrows. I push off the chain-link fence that marks the limit of school property. My friends are sitting cross-legged on the grass a few feet away under the massive oak tree we’ve claimed as our little corner of the field.

Actually, Glenbrook High has a ton of fields: two softball, two baseball, five tennis courts, track and field, the discus/hammer throw, four general purpose fields, and the football turf with the thousand seat bleacher. Our spot is at the edge of an all-purpose field, chosen by my friends for the excellent view of the track and the tennis courts. They like to watch boys in shorts.

There it is again, a boy saying my name. Like he knows me. Like he expects me to listen when he speaks.

I can’t place the voice and I can’t see the speaker. Last year, a girl in my class had this creeper guy following her home. I hope I haven’t acquired a shadow of my own. The possibility sends a chill crawling up my spine despite the late afternoon sun that’s warm on my face.

Great openings grab the reader by the throat and draw them into the story. Sometimes, it’s barbed talons doing the grabbing, sometimes it’s a fluffy blanket that’s more of a wrap than a grab, and sometimes it’s something in between. The great opening is one that hooks the reader, grabs attention, makes the reader curious about something, raises a question the reader wants answered.

There’s more than one way to accomplish the goal of pulling the reader into the story. Inspired openings begin with a problem or conflict. Sometimes the opening drops the reader into the most exciting part of the story. Sometimes, the perfect opening is an open door that introduces the setting, a glimpse into the world the protagonists inhabit, an invitation to come inside. Often, the opening is an introduction to the character, a hint of traits and issues that make the character relatable and interesting. Readers care about the plot because they care about the character(s)—the reader needs to have an emotional relationship with the character.

Here are a few openings that I feel do a fabulous job of grabbing reader interest from the get go.

“When I was eight, my mother lost me to zombies in a one card draw."
~The Iron Hunt, Marjorie M. Liu

“The sky above the port was the color of television, tuned to a dead channel.”
~Neuromancer, William Gibson

“I have to. I’ve been fighting it all night. I’m going to lose. My battle is as futile as a woman feeling the first pangs of labor and deciding it’s an inconvenient time to give birth. Nature wins out. It always does.”
~Bitten, Kelley Armstrong

“Irial watched the girl stroll up the street: she was a bundle of terror and fury.”
~Ink Exchange, Melissa Marr

Eve lives with her husband, two sons, an energetic Airedale terrier and an exuberant border collie/shepherd.

Eve is represented by Robin Rue of Writers House. 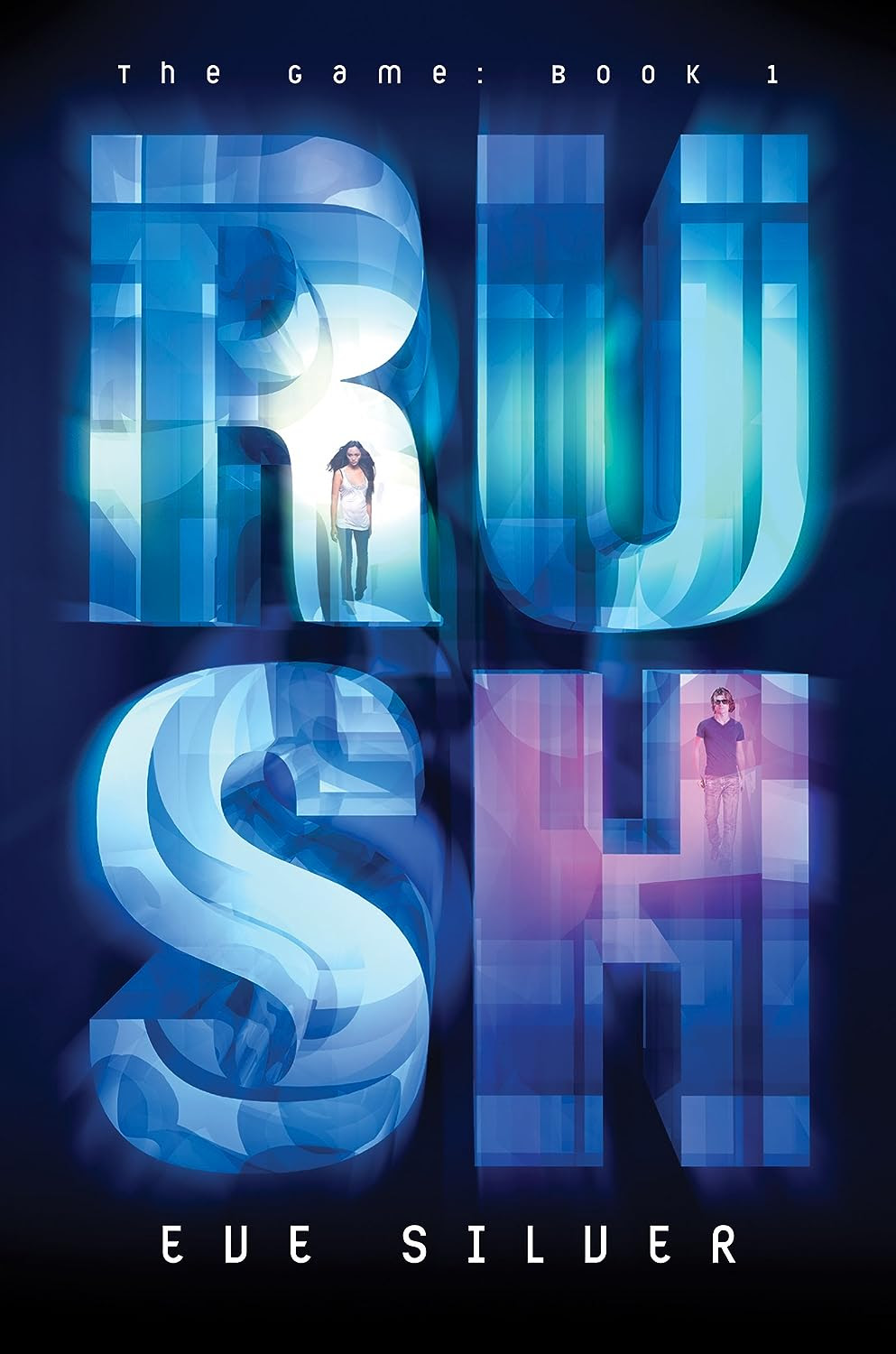 Rush pulls you headlong into the thrilling, high-stakes world of Eve Silver's teen series The Game, about teens pulled into and out of an alternate reality in which battling aliens is more than a game—it's life and death. This teen debut novel offers science fiction and gaming fans romantic thrills at a breakneck pace.

Seventeen-year-old Miki Jones's carefully controlled life spirals into chaos after she's run down in the street, left broken and bloody. She wakes up fully healed in a place called the lobby—pulled from her life, pulled through time and space into some kind of game in which she and a team of other teens are sent on missions to eliminate the Drau, terrifying and beautiful alien creatures.

There are no practice runs, no training, and no way out. Miki has only the guidance of secretive but maddeningly attractive team leader Jackson Tate, who says that the game is more than that, and that what Miki and her new teammates do now determines their survival and the survival of every other person on this planet. She laughs. He doesn't. And then the game takes a deadly and terrifying turn.