Edginess in YA Novels by Pete Hautman

We're so pleased to have Pete Hautman on the blog today. Pete is the National Book Award winning author of fourteen young adult novels including Godless, Mr. Was, The Obsidian Blade, and its sequel The Cydonian Pyramid.

The Elusive Edge
by Pete Hautman

There is a short section of the Upper Mississippi between Minnesota and Wisconsin, where the river swells for form a two mile wide, twenty mile long body of water known as Lake Pepin. Tall limestone bluffs overlook the lake on either side. It is arguably the most scenic part of the 2000-mile-long river.

Mary Logue and I have a small second home in the town of Stockholm, population 93, on the Wisconsin shore of Lake Pepin. We go there often—nearly every weekend during the summer—to hide out and recharge.

About three miles upstream of Stockholm is a particularly tall and beautiful bluff known as the Maiden Rock. The Maiden Rock is a sheer limestone cliff that drops 200 feet before hitting the steep, forested talus slope that forms its base. The slope is interrupted briefly by a two lane highway and a railroad track, and then continues all the way down to the shore of Lake Pepin.

The bluff was named for a local legend. A Chippewa girl, it is said, once fell in love with a young man from a neighboring tribe, but she was ordered by her parents to marry another man. In despair, the girl leapt to her death from the tallest cliff she could find—the Maiden Rock.

I am drawn to high places. Heights scare me, but at the same time I love the thrill of the precipice. I visited the Grand Canyon a few years back and tried to walk right up to the edge. As I got closer I found myself crouching and doing this sort of sidling ape-walk. When I couldn’t go any farther I got down on my hands and knees and crawled until I could hang my head over the edge and look straight down. It was...memorable.

So, of course, when I finally visited the Maiden Rock from above, I went looking for the edge of the precipice. I wanted to stand on it like that kid in the movie Titanic on the prow of the ship.

I could see what looked like the edge—an abrupt end to a grassy field. But as I walked toward it I saw that what I had thought was the edge of the precipice was not really the edge at all. There was another grassy shelf, about fifteen feet wide and four feet lower, just beyond it. I let myself down onto the second ledge. From there I could see the highway below, and beyond it the lake. I ape-walked toward the brink, leading with my right foot. When I was about halfway there, I saw yet another shelf, a rocky platform about three feet below the brink. I sat down with my legs dangling over the rock, then let myself down onto the third shelf, which was about the size of two queen-size beds end to end.

That was the point at which I began to crawl. I could see the outermost edge of the forested slope below. But the edge was not the sharp, abrupt brink that it appeared to be from below. It was a rounded, shrubby, uneven transition that kept getting steeper. I went as far as I could, but I still could not see the face of the cliff.

And that is what a height junkie really wants to see: The glass and steel face of the building, the sheer rock surface of the cliff, the underside of the overhang.

Very few authors set out to write risky or aggravating novels. Most of us write in hopes of attracting a large, faithful, and enthusiastic audience. You don’t accomplish that by writing things that make people feel bad.

On the other hand, if one is writing so safely that there is not even a hint of discomfort, one risks being both bored and boring.

So what we do is write at the periphery our comfort zone. We push the outer edges of the zone, hoping to convince our readers to share our thrill at flirting with the unknown.

I do not consider myself to be a particularly edgy or dangerous writer. A few of my novels have succeeded in alarming some teachers and parents—Mr. Was contains some graphic violence, No Limit shows the allure of gambling addiction, and Godless is about some kids who start their own religion worshipping a water tower. I certainly don’t push the envelope as vigorously as Judy Blume did back in the 1970s, or as do writers such as Ellen Wittlinger or A.S. King do today. But I have written about addiction, obsession, domestic violence, suicide, goth culture, kinky religions, mental illness, and so forth—topics that may be “edgy” and dangerous to those who live them, but are by no means unfamiliar to most teens, or to most readers.

Why did I chose such topics? Each book has its own origin tale, but the one thing they all share is that they deal with matters that were of utmost importance to me when I was a teenager.

Graham Greene once said, speaking of writers, “Our childhoods are our credit balances.” I used to resent having been brought up in a stable, suburban, middle class, environment. Why wasn’t I raised by missionaries in the Congo, or by circus clowns, or by Joan Crawford? How will I ever become a writer if I have no astonishing, exotic, terrifying experiences to write about?

Because I viewed my life as mundane, I read books that let me experience things outside my personal history—war, sex, death, agony, ecstasy, horror, etc. I wanted to know about life on the edge. I wanted to experience the whole human package, from birth to death, and I wanted it NOW.

Teenagers who are bored out of their skulls (by which I mean most of them, much of the time) are compelled to do interesting things, including such old standbys as driving fast, using mind-altering substances, practicing the art of procreation, and performing remarkable stunts on skateboards.

They also perform dangerous intellectual stunts, including hero worship, competitive apathy, extreme narcissism, and abrupt reordering of the universe in the form of sudden religious conversion—which was what I dealt with in Godless.

In fact, most of my YA work is drawn directly from those five or six boring, embarrassing, mind-numbing, awkward, adolescent years—it’s all still there in a midden at the back of my head. I mine that midden—my credit balance—on a daily basis.

Godless, in fact, came straight out of that pile of teenage memories. One summer day I was hanging out with two friends beneath the local water tower. Our boredom led us to debate our respective religions. I was raised Catholic. My friends were Jewish and Lutheran. Our discussion, as I recall it, was something of an irreverence competition, with each of us making the case for our own religion being the worst.

After some discussion, we decided to bag our old religions and make up one of our own. But what to worship? We looked up at the belly of the tank sixty feet above our heads. Our choice was clear: the water tower would serve as our god.

We stole bits and pieces from the great religions of the world. We wrote our own ten commandments, and we bowed to the ten-legged one three times a day. Our mock religion was a great success by teenage standards. It alarmed our parents and kept us entertained for about a week and a half, at which time we became distracted by some other variety of teenage idiocy, and we left our new religion behind.

All of these peculiar things that teenagers do are seductive for the same reason—they push the boundaries of the permissible. In other words, they seek, find, and redefine that elusive and ever-shifting edge.

Which is exactly what we teen novelists do—or ought to do—with every book we write. Find something a little thrilling, a little dangerous, a little off-center, and a little scary. Find that brink and sidle up to it. Get as close as you can. Find that place where the air gets thin and your stomach does flip-flops and you realize that you really, really do not want to die. Remind yourself what it feels like to be alive. 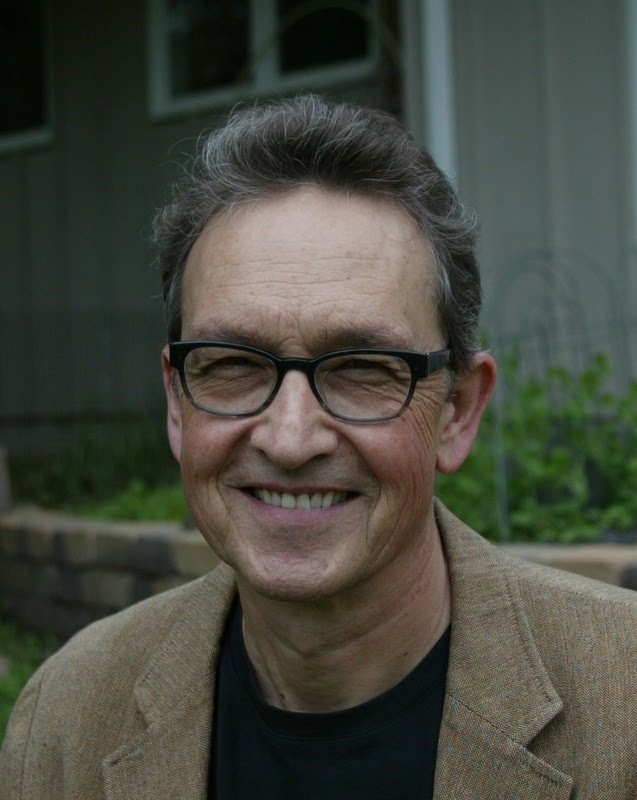 Pete Hautman was born in Berkeley, California and moved to St. Louis Park, Minnesota at the age of five. He graduated from St. Louis Park High School and attended the Minneapolis College of Art and Design and the University of Minnesota during the next seven years without receiving a degree from either institution. After working at several jobs for which he calls himself "ill-suited", Hautman's first novel, Drawing Dead, was published in 1993. 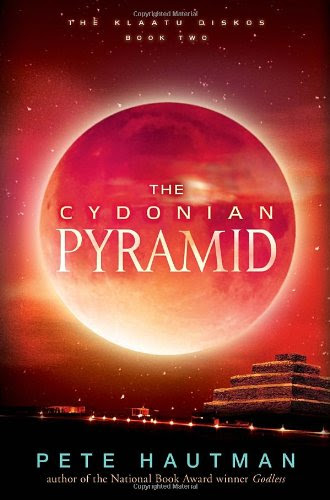 The much-anticipated sequel to The Obsidian Blade transports readers to the terrifying and thrilling world of Lah Lia, the enigmatic girl who changed Tucker Feye’s life.

More than half a millennium in the future, in the shadow of the looming Cydonian Pyramid, a pampered girl named Lah Lia has been raised for one purpose: to be sacrificed through one of the mysterious diskos that hover over the pyramid’s top. But just as she is about to be killed, a strange boy appears from the diskos, providing a cover of chaos that allows her to escape and launching her on a time-spinning journey in which her fate is irreversibly linked to his.

In this second volume of the Klaatu Diskos trilogy, Tucker Feye and Lah Lia each hurtle through time, relating their stories in alternating viewpoints that converge at crucial moments. Fans of the first adventure will be intrigued by the chance to see the world through Lah Lia’s eyes — no matter how disturbing the vision might be.