Teen rocker Ritchie Sudden is pretty sure his life has just jumped the shark. Except he hates being called a teen, his band doesn't play rock, and "jumping the shark" is yet another dumb cliché. Part of Ritchie wants to drop everything and walk away. Especially the part that's serving ninety days in a juvenile detention center.

Telling the story of the year leading up to his arrest, Ritchie grabs readers by the throat before (politely) inviting them along for the (max-speed) ride. A battle of the bands looms. Dad split about five minutes before Mom's girlfriend moved in. There's the matter of trying to score with the dangerously hot Ravenna Woods while avoiding the dangerously huge Spence Proffer--not to mention just trying to forget what his sister, Beth, said the week before she died.

1. Warm up for Slash at Wembley Stadium in front of 60,000 screaming fans.
2. Learn how to make artisanal goat cheese.
3. Buy a mansion in a gated community in Miami and never once set foot in it.
4. Marry a supermodel, leave her three weeks later for the lead singer of a killer new indie band.
5. Write a book of short stories about Ethan Hawke.
6. Own Jimi Hendrix’s white Stratocaster.
7. Start a wedding band called The Torrentials.
8. Start a rap-metal band called Beat My Guest that only plays malls.
9. Have pancakes with Jack White in a Nashville diner at 2.am.
10. Have someone find me, tell me if I’m alive or not, pay me my royalties from the sale of Wise Young Fool, and sue everyone I can get my hands on!

80% of the letters in Sean Beaudoin’s name are vowels.

Backwards, it’s Naes Nioduaeb. In Pig Latin, it’s Eansay Eaudoinbay. Which is helpful, since no one can pronounce it with the legal spelling, either. 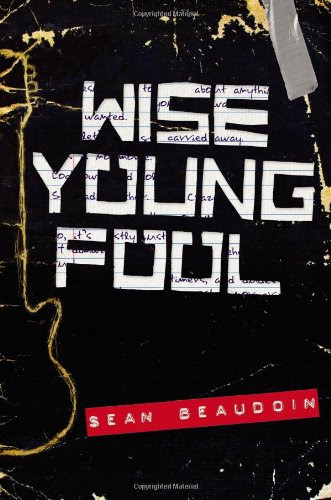 He is also a founding editor of the killer literary website TheWeeklings.com, which is full of rogue cultural commentary and hilarious dissonance. Or is that assonance? Either way, you should totally check it out.

Sean Beaudoin likes to list his publishing history in the third person, as if someone else—a pimply young assistant, for instance—were writing it for him. He loves blueberries, garlic, hot sauce, bagels, almonds, and Turkish coffee. He hates the phrase "It is what it is." When people say "It is what it is," he snaps back, in a much deeper voice than necessary, "NO, IT ISN’T!" When they look at him quizzically and say "Excuse me?", Sean yells "DON’T EVEN GO THERE, GIRLFRIEND!" He also likes old vinyl and French movies and books about unhappy people from the Fifties. He’s not particularly crazy about police procedurals, ketchup, rap-metal, Shia "The Bouf" LaBeouf, cell phones, or Escalades.

Unless Cadillac wants to sign him to a highly lucrative endorsement deal, in which case he loves Escalades.