When an unnatural riptide sweeps lifeguard Tristan Hart out to sea for three days and then dumps him back on the shore of Coney Island, it’s the start of the Sea Court claiming its own. Suddenly, Tristan’s girlfriend dramas and swimming championship seem like distant worries as he discovers the truth: he’s a Merman. Now Tristan must fight for his life, the lives of his friends, and his humanity (if he still wants it), while competing in a race for a throne as ancient as the gods.

10. Eat an entire Junior’s cheesecake by myself. Merpeople don’t believe in dairy, apparently. And I don’t care how open minded I can be, I’m not going near whale milk.

7. Take a ride on Toliss Island around the world. It’s a good thing merpeople live a very long time.

6. Help the Landlocked. They’ve been on their own for too long.

5. Climb the parachute tower, all the way to the top, and scream, "I’m the king of the seas."

4. But first, I’ve got to ACTUALLY be king of the seas.

3. Put an end to Nieve, the sea witch. Family or not, I have to get her before she gets me.

2. I’m thinking about another tattoo. The first one was necessary to help me control my shifting. I want one on my own. 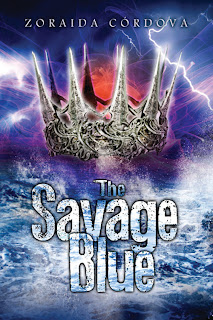 A storm is coming...

The ocean is a vicious place. Deeper and darker than Tristan could have imagined. Beneath its calm blue surface, an ancient battle is churning —and no one is safe.

In the quest for the Sea Throne, Tristan has already watched one good friend die. Now he must lead the rest on a dangerous voyage in search of the trident that will make him king. But while Tristan chases his destiny, the dark forces racing against him are getting stronger, and the sea witch of his nightmares is getting closer.

Battling sea dragons and savage creatures of the deep, Tristan needs his friends' support. But they each have their secrets, and a betrayal will force Tristan to choose between his crown and his best friend Layla — the only girl he's ever loved. 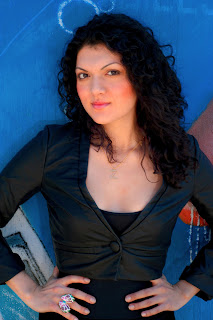 Zoraida Córdova was born in Guayaquil, Ecuador, where she learned to speak English by watching Disney’s The Little Mermaid and Michael Jackson’s Moonwalker on repeat. Her favorite things are sparkly like merdudes, Christmas, and New York City at night. She is the author of The Vicious Deep and The Savage Blue.