Presenting the Top 10 for the May Pitch+250 Contest!

Congratulations to the top ten entries in the May contest. The entries are now posted below. These will all be moving on to the final round for judging by the team of agents, and will be receiving scoresheets from all the agents when judging is over. Jump in, congratulate the finalists, and learn by figuring out what makes these pieces special.

Note from Martina: Please note that we are sending scorecards to everyone who didn't make the final cut. Jan has them on her computer and has been going back over them to get those sent, but she lives about eight miles from Moore, Oklahoma. Obviously, there will be a little bit of a delay as a result of recent events there. Please give her a round of applause for coordinating all of this, and join us in keeping everyone in the path of the recent tornadoes in our thoughts and prayers!

Susan is a 28-year-old reader, writer, lover of animals, and eater of cookies. She used to be a marine biologist, but now she writes novels. And not novels about fish either, but novels about kick-butt heroines and swoon-worthy rogues (She really likes swoon-worthy rogues).
She lives in the Midwestern US with her French husband and Irish setter, and you can learn more about her crazy thoughts and crippling cookie-addiction on Twitter, Facebook, or Goodreads.
Susan's debut, Something Strange and Deadly, is now available from HarperTeen, and you will never believe how happy this makes her!

Cynthia Leitich Smith is the New York Times and Publishers Weekly best-selling author of the TANTALIZE series and FERAL series. Her award-winning books for younger children include JINGLE DANCER, INDIAN SHOES, RAIN IS NOT MY INDIAN NAME (all HarperCollins) and HOLLER LOUDLY (Dutton).
Her website at www.cynthialeitichsmith.com was named one of the top 10 Writer Sites on the Internet by Writer's Digest and an ALA Great Website for Kids. Her Cynsations blog at cynthialeitichsmith.blogspot.com/ was listed as among the top two read by the children's/YA publishing community in the SCBWI "To Market" column.
Follow Cynthia on Twitter 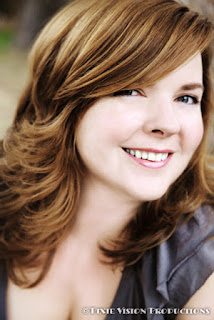 Gretchen McNeil is an opera singer, writer and clown. Her YA horror POSSESS about a teen exorcist debuted with Balzer + Bray for HarperCollins in 2011. Her follow up TEN – YA horror/suspense about ten teens trapped on a remote island with a serial killer – was released September 18, 2012, and her third novel 3:59 – sci fi doppelganger horror about two girls who are the same girl in parallel dimensions who decide to switch places – is scheduled for Fall 2013. Gretchen's new YA contemporary series Don't Get Mad (Revenge meets The Breakfast Club) about four very different girls who form a secret society where they get revenge on bullies and mean girls begins Fall 2014 with GET EVEN, followed by the sequel GET DIRTY in 2015, also with Balzer + Bray. Gretchen also contributed an essay to the Dear Teen Me anthology for Zest Books.
Gretchen is a former coloratura soprano, the voice of Mary on G4's Code Monkeys and she sings with the LA-based circus troupe Cirque Berzerk. Gretchen blogs with The Enchanted Inkpot and is a founding member of the vlog group the YARebels where she can be seen as "Monday." She is repped by Ginger Clark of Curtis Brown, Ltd.
Follow Gretchen on Twitter
Gretchen's Blog
Gretchen's Website

Talia writes YA novels when she's not wrestling a giant Saint Bernard Puppy for the television remote. GOLD, the sequel to SILVER will be out September 8, 2013. SPIES AND PREJUDICE will be published by Egmont June 11, 2013.
Talia has been writing since she could talk, making up stories for every doll, stuffed animal and action figure she could get her hands on. She grew up hoping to write the great American novel, but her life ran more along the lines of tortured romance and fast paced thrillers, so that's what she writes. She is a contributor at YA Muses.
Follow Talia on Twitter
Talia's Blog
Talia's Website 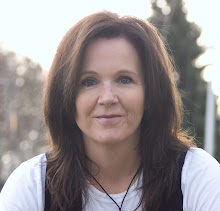 Young Adult Author. Cranky before coffee intake. Books to date include, I'M NOT HER, IF I TELL, WHO I KISSED and HOW I LOST YOU! Janet is a board member of WGA and member of SCWBI, CANSCAIP. She eats too many carbs. She loves socks. Little kids crack her up but mean adults are on her naughty list.