In White Lines, when we first meet her, Cat is a broken mess of a person, just trying to make it through each day and survive. Abandoned by her father and abused by her mother, she turns to the bright lights and pulsing music of the club kid scene in 1980's Manhattan to give her a sense of belonging and self worth. Not to mention those seductive white lines that take all the pain away . . . That being said, Cat's bucket list doesn't include trips to exotic locales or dare devil stunts, but is made up of the kind of routine stuff that most of us take for granted every day of our lives. Since Cat is a character who has never felt safe, and who thinks that people are inherently dangerous, her bucket list involves breaking out of her shell once and for all, and stepping into the light:

1. To stay in the present moment without the distraction of drugs or alcohol.

2. To finish high school and maybe, someday, go to college. To be able to see a future for herself, somewhere out in the hazy distance--a future that grows clearer with each passing day.

3. To tell Julian exactly how she feels about him, no matter how scary it is to open her mouth and speak the word that haunts her dreams: love.

4. To somehow, some way, forgive her father for abandoning her, and to find the strength to break all ties with her abusive mother.

5. To laugh more often, to smile on a daily basis, so that when it happens, the feeling won't be strange and unusual, but so routine she will hardly notice it.

You can find her at: 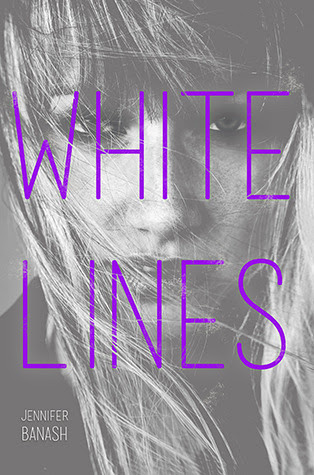 A gritty, atmospheric coming of age tale set in 1980s New York City.Seventeen-year-old Cat is living every teenager’s dream: she has her own apartment on the Lower East Side and at night she’s club kid royalty, guarding the velvet rope at some of the hottest clubs in the city. The night with its crazy, frenetic, high-inducing energy—the pulsing beat of the music, the radiant, joyful people and those seductive white lines that can ease all pain—is when Cat truly lives. But her daytime, when real life occurs, is more nightmare than dream. Having spent years suffering her mother’s emotional and physical abuse, and abandoned by her father, Cat is terrified and alone—unable to connect to anyone or anything. But when someone comes along who makes her want to truly live, she’ll need to summon the courage to confront her demons and take control of a life already spinning dangerously out of control. Both poignant and raw, White Lines is a gripping tale and the reader won’t want to look away.

Buy it at Amazon
Buy it at IndieBound
View It on Goodreads
Martina Boone at 6:00 AM