Inspired Openings: Sophie Littlefield on Delivering What You Promised

DELIVERING ON THE PROMISE OF YOUR OPENING
- by Sophie Littlefield

I used to think a novel’s opening lines just had to hook the reader – something so intriguing, contradictory or seemingly impossible, or shocking that she would simply have to keep reading to find out what it portended.

Unfortunately, that’s not all that’s required to craft an effective opening. I can’t emphasize enough that we writers must always honor our unspoken contract with the reader, the set of promises we make when we enter into the relationship of providing a story in exchange for a reader’s time. Of course, there are many exceptions and many reasons you may color outside these particular lines, but think carefully about the expectations you are setting with your opening.

In other words, take care not to suggest, in your first few lines or paragraphs, that you’re telling a tale that the remainder of the book doesn’t deliver. This may take several forms:

Implying a character or relationship is primary when it is not – I made this mistake on my most recent novel. I began with a scene between sisters when it is one sister’s relationship with her husband that drives the arc.
Implying a theme that is not borne out- same book, same mistake: I implied that the central conflict had to do with regret, because I chose a scene from the sisters’ shared past.
Establishing a pace you don’t maintain – the most common example is an action prolog followed by languorous scene setting or backstory. But it would be just as misleading to open an action novel with measured, flowing prose.

Try this exercise: write down the key relationship, conflict, and theme of your book, then ask yourself if your opening is consistent with them. You may believe that the inciting incident (call to action, whatever you want to call it) is the place to start, and that’s often the case, but you must cast it so it is consistent with the story that follows.

Let’s do an example:
Girl mourning her parents’ death trains stray dogs to provide pet therapy for incarcerated juveniles, finds love with boy serving life sentence. (Hey! Not bad, right? I might have to write that!)

Possible opening #1: parent’s final moments, as their car goes off the cliff. On the plus side, it’s action-rich. Problem: main characters aren’t present; this isn’t an action novel.

Possible opening #2: Girl receives word that her parents are dead: better, because we have at least one of the main characters on scene. But the book is about her new relationships, not her grief.

Possible opening #3: Girl finds stray dog while skipping grief group. This is the one I’d pick: introduces significant characters (yes, the dog is a character!), provides action and sensory detail around which to suggest theme (trying to establish trust with snarling dog provokes her own trust issues), and reflects tone to follow (edgy yet introspective).

If you do your preparation, you’ll be enhancing a solid premise with the clever language, wordplay, and/or dialog that are characteristic of great openings, rather than attempting to shoehorn the clever bit of prose you’ve written into a story that doesn’t effectively accommodate it. Trust me – it’s worth the effort to ensure that your reader enjoys a seamless transition to the body of the story, rather than feeling misled.

In HANGING BY A THREAD, I tried several openings before settling on a brief scene where Clair, my main character, looks at a family photo with her mother. The photo is of her great-great-grandmother, a dressmaker, fitting a bridal dress on a woman one day before they are both murdered.

Now it may seem as if I have violated my own advice, because the great-great-grandmother (and her murder) have no further role in the story, other than to be responsible for Clair’s home’s reputation for being haunted. However, my opening accomplished the following:

Introduced two key characters (Clair and her mom)
Foreshadowed the story arc, which concerns murder and danger
Introduced the theme of romantic love being dangerous, since a bride was also killed, wearing a wedding dress, no less
Introduced sewing, which is important to the story

This certainly wasn’t the only “right” opening for the book, but I’m pleased with it. You can read the entire scene HERE.

Here are a couple of openings that I admire:

“You’d think imminent arrest for a forty-million-dollar fraud might slow a guy down, but nope, there he was, wandering out of Bazookas at midnight.” - CLAWBACK, Mike Cooper
This is the opening line of my brother’s recent novel. It gives you a sense of the tone (humorous, irreverent), the fast pace that will be maintained throughout the book, and gives you insight into a key character - all in a single sentence.

“Do you remember the day you and I were lunching a couple of years before your death?” - “Ultima Thule,” Vladimir Nabokov
Okay, so it’s actually from a short story - or more precisely, a fragment of an unfinished work - but don’t you just covet this opening line? 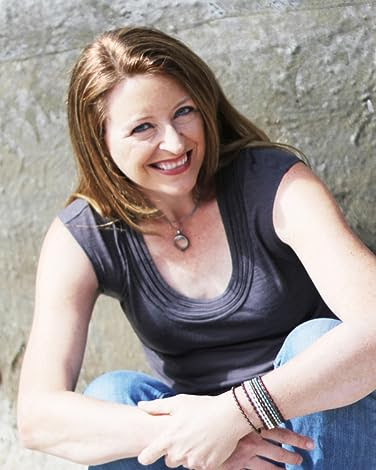