Neil and I lie side-by-side on the merry-go-round again. We’re close enough that our shoulders are touching, but he hasn’t yet reached for my hand. I sit up, shrug out of my sweater and arrange it under my head to use as a pillow. The warmth of the metal feels good against the skin of my arms.

He hasn’t said anything for several minutes, and when I peek over at him, his eyes are closed. Is he asleep? I’m about to nudge him when he asks, “Do you ever think about your bucket list?”

Where did that question come from? “Not usually, but I am now.”

He props himself up on his elbow, leans over me and trails a dandelion down my cheek. It tickles. He must have picked itat the edge of the playground when I went racing for the swings. “So what’s on it?” he asks.

I want my parents to forgive me. For my mother to pick up the phone and tell me I’m welcome back. But it’s too pretty of a day for such heavy thoughts. “Disney World,” I say.

Neil laughs. “You’ve been to, like, forty countries but you’ve never been to Disney?”

“Thirty-seven,” I correct him. “I’ve been to Disneyland Paris. But all the shows are in French.”

“I want to learn French, then” Neil says, sliding the stem of the flower behind my ear. “So I can translate the shows for you.”

“Or how about we learn it together?” I say, smiling up at him.

“Even better.” He taps his watch. “Ok, bucket list lightening round. Time is running out. Don’t think about it - just tell me whatever pops in your head. Go!”

“Okay!” I squeeze my eyes shut to concentrate.“See The National in concert. Swim with dolphins. Finish Autumn’s novel. See you in a play. Learn to cook Spanish omelet.” I open my eyes. “Kiss you.” 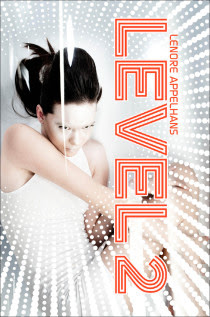 In this gripping exploration of a futuristic afterlife, a teen discovers that death is just the beginning.

Since her untimely death the day before her eighteenth birthday, Felicia Ward has been trapped in Level 2, a stark white afterlife located between our world and the next. Along with her fellow drones, Felicia passes the endless hours reliving memories of her time on Earth and mourning what she’s lost—family, friends, and Neil, the boy she loved.

Then a girl in a neighboring chamber is found dead, and nobody but Felicia recalls that she existed in the first place. When Julian—a dangerously charming guy Felicia knew in life—comes to offer Felicia a way out, Felicia learns the truth: If she joins the rebellion to overthrow the Morati, the angel guardians of Level 2, she can be with Neil again.

Suspended between Heaven and Earth, Felicia finds herself at the center of an age-old struggle between good and evil. As memories from her life come back to haunt her, and as the Morati hunt her down, Felicia will discover it’s not just her own redemption at stake… but the salvation of all mankind.

Lenore Appelhans has been blogging about books at Presenting Lenore since 2008. She is the author of the Memory Chronicles, which includes Level 2 and the forthcoming Level 3. She lives with her illustrator husband Daniel, and their first picture book together, Chick-O-Saurus Rex, is being published in 2013 by Simon & Schuster. She splits her time between Frankfurt, Germany, and Benton, Kansas.

-- She's lived in 7 US states (North Dakota, Colorado, Utah, California, Ohio, Kansas, Oklahoma) and 5 foreign countries (Greece, Ecuador, Spain, Japan, Germany)
-- She has 3 fancy Sacred Birman cats. You can see pictures of them in cute and crazy poses on her blog.
-- She wrote her first book, Timothy the Bug, in the car on a family vacation when sheI was in the 5th grade. In 8th grade, she made it to the state semi-finals in Ohio's Power of the Pen competition (She placed 5th at the regional level).
-- She's swam with sea lions in the Galapagos Islands, walked with lions in Zimbabwe, fed anteaters in Tikal, Guatemala, braved fire ants in Australia, chased a puffin across a black sand beach in Iceland and narrowly avoided stepping on a snake in Burma.