Today's guest, Nikki Loftin, is the middle-grade author of The Sinister Sweetness of Splendid Academy. She lives and writes just outside Austin, Texas, surrounded by dogs, chickens, and small, loud boys. You can visit her online at www.nikkiloftin.com or follow her on twitter: @nikkiloftin 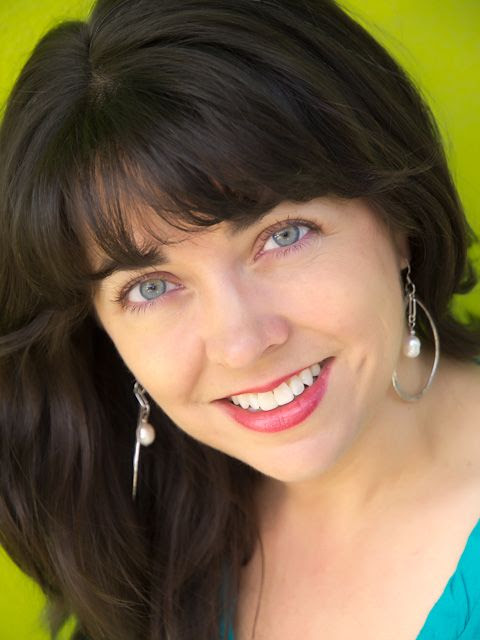 Most of the writers I know would rather spend an evening pouring lemon juice into a thousand facial paper cuts than plan and host an enormous party – even if that party is for their own book release. As for me, I’m one of those extroverted introverts, the kind that acts perfectly composed in public, in crowds, and at parties. Heck, I may even be having fun, until later on that night, when I curl into a ball and whimper about how hard it is to be social for that long.

But when my debut novel, The Sinister Sweetness of Splendid Academy, sold to Razorbill last year, I knew that the launch party for this book was going to need to be, well, extravagant. Enormous. Come on, you can’t write a book about a school full of kids eating enchanted sweets all day long without knowing that any celebration is going to involve a hideous amount of junk food and pastries! (Also, my family members wanted to invite every single person they knew.)

So I squirreled away a huge chunk of one of my advance checks and planned a party to end all parties. There would be themed cupcakes, stickers and bookmarks, a giant canvas print of my book cover, small golden pouches full of addictive M&Ms for every guest, towers of doughnuts, bowl upon bowl of chocolate-dipped pomegranate seeds, gummy candies, marzipan fruits, taffy, and –even if it killed me – there would be a world premiere of a book trailer AND a PowerPoint presentation full of awkward family photos!

You’re probably thinking, this woman is insane. Did she never get a decent birthday party as a youngster? Was she trying to fill some terrible pony-sized hole in her inner child’s distant past?

Let’s avoid those questions for now. (But, seriously, yes to the pony-sized hole.)

Even I began to worry that I was going overboard, until I sat down for a drink with a good friend, the incomparable writer and writer-mentor, Cynthia Leitich Smith. “I’m doing too much, aren’t I?” I wondered aloud. The introvert deep inside me shrieked “YES!”

Cynthia just smiled her Cheshire cat grin, and murmured, “It’s your debut. You only get one. Go big, or go home.”

So I did, last month. I had a party at Bookpeople, the local indie bookstore in Austin, that had somewhere around 250 people in attendance. They ate hundreds of cupcakes, dozens of pounds of candy, and bought every book of mine in the store.

It was awesome. I went big.

And you should, too. No, I’m not talking about throwing an insanely wild party – though I don’t regret a single penny spent (and my inner introvert is still mumbling and making blubbery sounds every time the phone rings). I’m talking about in your writing.

“Going big” in my writing was exactly how I got the book published in the first place. And not “going big” is why the books I wrote before this one did not make it past an editor’s desk to acquisitions.

Let me explain. Years ago, I signed with my agent on a lovely, funny manuscript about a mischievous boy who ends up having to spend his summer in an etiquette and dance camp. It was a great story – I even won a contest with it, and got to go to New York! Good times.

I wrote a couple more manuscripts, which also didn’t have that spark. As I was mourning the “death” of that first novel, I started thinking about a new one. A scary one. One with things in it that I wasn’t at all sure I could get published.

Cannibalism for middle grade? Could I go there?

After a few stops and starts, I went for it, big time. And two and a bit years later, I had the chance to explain to an enormous bookstore crowd why a perfectly normal-looking woman like me might be tempted to write a book where small children are fattened up for dinner.

I’m not saying every book has to have murder in it. (Although my own kids are sort of preferential to a bit of gore.) But I believe, to break into the market, a new writer needs to bring… edge. Not necessarily horrific edge. For instance, if you’re writing lyrical, gorgeous, poetic manuscripts for children? They need to be so amazingly wrought that kids read them out loud, chewing the words, rolling them around like magical, slow-forming pearls on their tongues.

If you’re writing adventure, raise the stakes sky-high – or make the reader identify so much with your main character that even a dropped ice cream cone feels like a loss of epic proportions.

Go there. Go big. Or your manuscript may never go anywhere.

It would be presumptuous of me in the extreme to base this advice on the sale of one manuscript. But that isn’t the only one I’m talking about. My next book, Nightingale’s Nest (Razorbill, Winter 2014), goes big as well – even though the story could easily be called “quiet” by the casual observer. I’m not going to spoil it here- there’s a good eighteen months before it comes out – but this manuscript is one where I had to fill my dining table with talented, published authors and ask “Can I do this? Is this allowed?”

And one of them, after raised eyebrows and a few questions, smiled as wide as a cat and said, “Go for it.”

I think it was a dare. I took it as one.

Is your writing challenging you? Is it frightening you, daring you to go further – so far that you are worried you might step off the cliff?

The best advice I got was this: “Go big.” So, don’t worry. If you’re wondering if you’re too close to the edge, maybe even over it?

You might even need to start planning a party.
Martina Boone at 5:00 AM