WOW Wednesday Nikki Loftin on How a Nap Changed My Chapter

Today's WOW guest, Nikki Loftin, lives and writes just outside Austin, Texas, surrounded by dogs, chickens, and small, loud boys. Her middle-grade novel, The Sinister Sweetness of Splendid Academy, will debut on August 21, 2012. You can visit her online at www.nikkiloftin.com, on Twitter as @nikkiloftin, or on Facebook at Splendid Academy.


But I Didn’t Write a Bedtime Story
or,
How a Nap Changed My Chapter 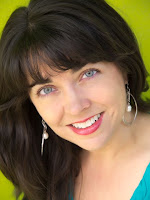 I knew most of the kids in Mrs. Mahaney’s third grade class. I’d coached some of them for UIL contests, recommended books in the library, seen them at birthday parties or the park. They were excited about having a Real, Live Author come into their classroom to read from her soon-to-be published middle-grade novel.

I was excited, too, and only a little nervous. I mean, the book had been through everything but copyedits, and my editor seemed pleased. These bouncy, happy kids had to love it, right?

To be honest, only two of the kids closed their eyes for longer than a slow blink. But my opening chapter, those vital first few pages that I’d written and re-written, showed itself to be the literary equivalent of a big turkey dinner, a glass of warm milk, and a dose of Benadryl.

Students shuffled and shifted, trying for a position that made my boring prose more palatable. Mrs. Mahaney politely stifled a yawn behind her hand.

I didn’t do any of that. Instead, I went home, ate enough chocolate to dull my humiliation, re-read those pages for the millionth time, and emailed my editor to schedule an emergency phone call.

She must have thought I was crazy. Final edits were due in two days! We were way past the “I want to change the whole beginning of my book” stage. But when I explained that I thought I’d made a mistake somewhere along the editing way, and I felt compelled to explore just one more revision, my trusting and supportive editor said “do it.”

So I did. I spent that afternoon rewriting the opening chapter, sent it off the next day, and those words will be the first ones the next set of middle-grade readers see when it hits the bookshelves in August.
Now, if you’re a writer who’s been to a few conferences or poked around the Internet for a while, you know that using kids to “critique” your work is considered, well, almost unprofessional. Cautionary tales abound of writers who send queries off to agents and editors, prefaced with “My Sunday school class loved this story,” or “All my grandchildren think this novel is the absolute bomb.” One agent said it bluntly at a conference I attended: “It doesn’t matter what kids think of your work; what matters is what the editor thinks.” 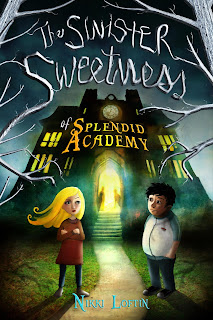 I had heeded that advice, resisting the temptation to read works-in-progress to the classes I subbed for and volunteered in. (Although, I must admit that my two middle-grade sons were and are my first listeners. Reading aloud helps me find typos, word repetition, and continuity flaws faster than anything else.)

Still, I’d had that toothache-y feeling for weeks, ever since the last revision pass. I couldn’t ignore it. I’d been a mom of extremely mischievous boys long enough to know when to trust my instincts, and my subconscious was sounding the alarm. But I couldn’t see the root of the problem.

And neither could anyone else, or so they said.

I’d sent those pages to at least a half dozen writer friends, my mom, my agent, and my editor. I just knew that someone would tell me what was awry. “What about the first page,” I asked. “Is the first chapter good enough?”

No one called me out on the soporific nature of my latest revision. I don’t blame any of those dear readers, of course – it wasn’t awful, or poorly written. It was just… boring.

It’s possible they thought it was good enough – or the best that I could do. But I had a hunch something was wrong, and if I could just figure out what it was, I could fix it.

So I went against all the advice I’d heard. If the experts didn’t see the problem, maybe it was time to take it to the audience. I called Mrs. Mahaney and asked her for a half hour with her twenty-two narcoleptics.

When those kids snored, my own inner child/editor woke up screaming. “Now do you get it? Now do you see?”

Did I ever. It hurt, but those somnolent students made it very clear that I still had work to do, even if no one else thought so. Performing an emergency heart transplant on that first chapter was the best decision I made in the whole revision process.

Of course, if I hadn’t gone against the advice of that anonymous agent – and conventional wisdom – and read those pages out loud to those kids… well, I’m not sure I would be quite as excited about my impending book launch.

And I’m certain I’d be a lot more nervous.

My advice to other writers? Contrary to what you may hear, it does matter what kids think of your work. It matters a lot. I’m not advocating using third-graders as your only critique group (and you should NEVER mention the darlings in your query letters!), but if you find yourself in the situation I was in, ignore the experts.

Pay attention to your inner child – your inner editor-child, that is – and read your work out loud to your future readers.

Watch their faces. Pay attention to their expressions. And listen for snoring.
Martina Boone at 6:00 AM