Today's guest, Suzy McKee Charnas, first novel, Walk to the End of the World was a John W. Campbell Award finalist. Her SF and fantasy books and stories have won her the Hugo Award, the Nebula Award, the Mythopoeic Society's Award for young adult fantasy, and the James Tiptree Jr. Literary Award—twice. Her four young adult fantasy novels --- the Sorcery Hall Trilogy (comprised of The Bronze King, The Silver Glove and The Golden Thread) and her stand-alone The Kingdom of Kevin Malone --- were recently re-released as e-books, and her classic dark fantasy, The Vampire Tapestry is also available in e-book form. You can find her on her website at http://www.suzymckeecharnas.com.

Why Do Teens Love Fantasy
by Suzy McKee Charnas 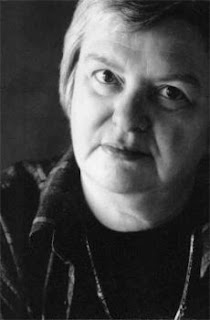 Why do modern teens love fantasy so much that the field has burgeoned into an all-engulfing phenomenon and has even produced new formats, like RPG's and sophisticated and massive computer games? Certainly kids have always read fantasy, even if, like me, when they'd put Narnia,"The Vault of Horror", and "Bomba the Jungle Boy" behind them, they had to brave the disapproval of librarians to tackle adult works by the likes of Thorne Smith, David Eddings, and T.H. White to slake their unholy thirst. I don't recall, though, that there was a lot of fantasy literature written specifically for teenagers, who were supposed to be reading healthy historical adventure ("Otto of the Silver Hand", "The Mystery of the Moss-Covered Manse"). Fantasy was, like, fairies and wizards and stuff, and maybe too closely identified, for a young reader's taste, with the fairy tales read to us as little kids -- "East of the Sun and West of the Moon", "The Princess and the Goblin", "The Red/Blue/Yellow Fairy Book").

But that was before the days of a separate, peer-dominated "youth culture", much of which actually formed, I believe, around that first great blast of modern fantasy: Tolkien. It was when I began seeing graffiti written in beautifully formed "elvish" script on the walls of New York subway platforms that I began to get the sense of a semi-secret culture of school and college kids coalescing not within a family (like the Brontes writing in their shared fantasy world) or even the following of a heart-throb movie star or singer, but across a through-cutting plane of feverish imagination on which kids could create, alone and together, entire build-outs of their own more or less original fantasy worlds.

Build-outs that were also redoubts -- places that adults couldn't easily enter or find their way around. Places where kids could try on powerful identities (wizard, knight, caped crusader, space explorer, dragon-rider) that other kids would honor for the sake of the game, the fantasy world, the clandestine magazine of "fan fiction."
Suzy McKee Charnas was born and educated in New York City, attending Barnard College (1961) and, after a two-year stint in Nigeria with the Peace Corps, New York University (MAT, 1965). She taught at the New Lincoln School in New York until Flower Fifth Avenue Hospital hired her away as a curriculum consultant for their high school drug-abuse treatment program. In 1969 she married and moved to New Mexico, where she began writing fiction full-time for both adult audiences and young adult readers. Her first novel, Walk to the End of the World (1974), was a John W. Campbell Award finalist. Her SF and fantasy books and stories published since then have won her the Hugo Award, the Nebula Award, the Mythopoeic Society's Award for young adult fantasy, and the James Tiptree Jr. Literary Award—twice.

In 2011 Charnas's four young adult fantasy novels --- the Sorcery Hall Trilogy (comprised of The Bronze King, The Silver Glove and The Golden Thread) and her stand-alone The Kingdom of Kevin Malone --- were re-released as e-books, having originally been published in the 1980s and 1990s. Her nonfiction book about her father, My Father's Ghost, and her classic dark fantasy, The Vampire Tapestry, are available as e-books as well.

I can remember being enraged with my parents and their grown-up friends for being defeated by the real world and, frustrated and shamefaced and full of excuses, and handing it on to my generation completely mired in states of recurrent panic, confusion, villainy rewarded, and terrible secrets which could send the whole place up in one gigantic mushroom cloud at any moment.

*They* were old; they were going to die, sometime. *We* would have to handle the mess they'd left. It's no wonder that we no longer looked up the adult world as the one offering opportunity worth having if you just dared to grab for it. We stopped aspiring to be like our parents, and we started looking for something else to aspire to.

We looked to fantasy and science fiction (so despised by most adults at the time) instead; and because we had a bit of money in our pockets, more fantasy and science fiction was produced to sell to us, until at this point vast tracts of the US entertainment industry are filled with stories of ghosts, magical wizards and warriors, inter-galactic empires, and time travel to a world dominated by dinosaurs or run by advanced apes. We looked *past* our parents' horizons, because looking at the shambles they'd allowed to be made of the world, we couldn't stand the view.

Well, here we are again, on a similar brink: I'm one of the old bats who won't be around all that much longer, and who did not manage to stop the war (whichever one), achieve nuclear disarmament, vanquish cancer (or genocide, poverty, death, political corruption), or even seize those moments of decision that could have checked overpopulation and averted the worst of the environmental damage that's beginning to bring home its consequences, even as worse industrial depredations gain momentum and steam-roller our best intentions just as our parents ideals were flattened.

I think young people need their imaginings of worlds of infinite potential more than ever, and find them in movies and stories about super-kids stopping the bad guys or bonding with mighty and protective supernatural creatures, wizards using their powers to win wars and reverse destruction, human-supernatural hybrids saving the mean streets from monsters (or, as in "Avatar", from our own worst elements), and sensitives reconnecting our species with the rest of nature in time to avoid the disappearance of everything but roaches, crows, and rats prowling a paved-over planet; and much else along similar lines.

At the same time, teens can use these fantasy-arenas to try on terrible futures in relative safety, and explore ways that kids might survive, thrive, and even conquer even among the ruins. So we get "The Hunger Games", the dark, post-apocalyptic novels of Garth Nix, and stories about being a crucial player among empires of vampires, witches, werewolves, demons, and all the rest. These are fantasies of becoming the dark in order to tame it, or at least to cease feeling overwhelmed by the panoply of ills advancing on us.