WOW Wednesday: Michelle Hodkin on Failing to Be Perfect

Today's guest post is by Michelle Hodkin, who got it to us despite a thousand and one things going on in her life. Because she is pretty darn close to perfect. And so is her recently released book, THE UNBECOMING OF MARA DYER, which Kirsten Miller described as:

"A clever, captivating thriller, The Unbecoming of Mara Dyer is perfect for those (like me) who like their heroes dark, their heroines dangerous, and their romances seriously twisted."

--Kirsten Miller, New York Times bestselling author of The Eternal Ones
So see? You don't have to take my word for it. Find Michelle at her blog or on Twitter.


On Failing to be Perfect
by Michelle Hodkin 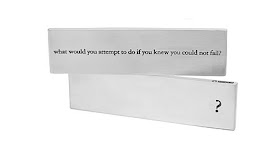 I have a lot of flaws. But the one that stands in my way the most? The one that keeps me up at night, that makes my stomach turn?
I just want to be perfect.

Which is laughable. Because I'm not, and I never will be.

And it's even more ridiculous because I have friends and family and people in my life who know it and love me anyway. Or because of it, I don't know.

And yet. I still just want to be perfect.

It's the poisonous voice that tells me not to do something if I can't do it well. The voice that tells me it's better to not try than to try and fail. The one that told me when I was thirteen that I'd never be good at math, so I should drop that whole fantasy of becoming an epidemiologist and focus on something I could do—like teach. Or practice law.

I'm not unhappy with the choices I made—on the contrary, I'd say things have worked out pretty nicely. But that voice that tugged me toward them—that voice is poisonous. Because nobody's perfect. And it's okay to fail.

You will have triumphs and you will have disasters. You will do well on some tests and not as well on others. You will have good relationships and you'll have bad ones. But what's important is that you experience. That you try. That you put every ounce of effort into everything you do and do the best you can at whatever you attempt, so that at the end of the day, you have no regrets.

And then? You still won't be perfect.

But you will be great.
Martina Boone at 7:19 AM