Has your to-be-read pile toppled over yet? Caution: this week may cause falling books! Read on for author interviews, fabulous new books, and be sure and enter our giveaway all the way down at the bottom. Stop by tomorrow to enter again when we introduce another round of books hitting shelves this week!

How long did you work on this book?
I drafted THE DAY BEFORE fairly quickly - I think I had a first draft done in a couple of months. Some books come out quickly, for whatever reason, and others like to take their own sweet time. This one was pretty easy to write, which was really nice.

How was your journey to publication? Long, short, how many rejections?
Well, before THE DAY BEFORE, I had 3 other YA novels published, along with a middle grade novel. My first YA novel was published in January, 2008 (I HEART YOU, YOU HAUNT ME). Prior to writing that novel, I had written four other novels that were rejected many times over the course of a few years. I don't know how many rejections - close to a hundred, probably. I think of those early novels as my schooling, since I didn't go to school to learn how to be a writer. It took lots of writing and lots of reading to figure out what I was doing and where I sort of "fit" as a writer.

This one was read by editors at my publisher (Simon Pulse) after I finished it, and they decided fairly quickly they wanted to buy it. I was so glad, since prior to this book, I had gotten a couple of rejections on proposals. So even after having published books, rejections do still happen. I'm glad it worked out the way it did, though. I think THE DAY BEFORE turned out better than those other projects would have.

What advice would you most like to pass along to other writers?
Play. Have fun. Explore. You don't always know what your strengths and talents are right away, so try different things and see how it goes. Sometimes people write to me, struggling with writer's block because they are paralyzed by what other people might think of their writing. The first draft is for no one else but yourself. Write the story because you want to find out what happens. So have fun with it. I have a jar of buttons by my computer from my grandma. I used to love playing with her buttons when I was little. They remind me to not lose that playfulness when it comes to my writing.

What has surprised you most about becoming a published author?
The letters from readers. I didn't think I'd be the kind of author who got fan mail. I thought only big-named authors like Judy Blume and Beverly Cleary got mail. But wow, both teens and kids write to me, depending on what book they've read of mine, and it's so awesome. I love it. 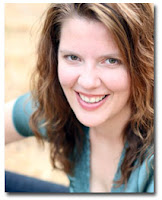 How long did you work on this book?
I wrote the first draft of SHARKS & BOYS in 2007. I've been working on it ever since. On and off. And reading about nautical disasters. And sharks. And more sharks. And additional sharks. Also, I watched a fair amount of Shark Week. Chomp!

How was your journey to publication? Long, short, how many rejections?
SHARKS & BOYS is my fourth teen novel, and if I include my middle-grade novels with Random House, it's my seventh novel. So the road to publish SHARKS & BOYS wasn't long. But that initial road of writing the first book (LOST IT) and finding an agent and finding the right editor took years. I studied writing too. I have an MFA in poetry and a Ph.D. in English. So that took time also. I sought the academic road to becoming a writer. And it worked for me. And yes, there was lots of rejection along the way. Lots and lots. Lots. Really, there was quite a bit.

What advice would you most like to pass along to other writers?
Write the book you want to read. Create stories that allow you to pursue your own curiosities. Don't worry about the publishing process. Focus on the writing process. I teach writing classes with my friend Nina LaCour in San Francisco. I think studying craft is essential. (If you're curious about the classes visit www.writeteen.com)

What has surprised you most about becoming a published author?
I get tired of wearing my pajamas. 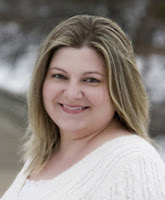 How long did you work on this book?
I usually give myself about 6-8 weeks to write the first draft of a book. I can write faster than that, but that's a comfortable time frame. And I start writing more and more the closer I get to the deadline. Then, after my editor has had a chance to read it, I go through revisions. Depending on how much I need to fix that can take anywhere from 2 weeks to 2 months. There are a few more steps along the way (line edits, copyedits, page proofs) but altogether I probably spend 3-4 months on a book, spread out over 6 months to a year.

How was your journey to publication? Long, short, how many rejections?
In the grand scheme of things, my road to publication was pretty short. I started writing seriously in late 2002 or early 2003. I found my agent (after dozens of rejections) in October 2005. Then, after several months of rejections, we finally sold Oh. My. Gods. to my editor in July 2006. From then it took two years for the book to be out in bookstores.

What advice would you most like to pass along to other writers?
Never give up. The most important trait a write can have is persistence. Start writing. Finish a book. Revise it, query it, and move on to the next project. I sold the fourth book I wrote and the first will probably never see the light of day. But you have to keep looking ahead because you become a better writer with every book, you learn and grow and challenge yourself and eventually you will have the right project at the right time. It might take months or years or even decades, but believe in yourself and keep going.

What has surprised you most about becoming a published author?
How little things change. When you're unpublished, you have these milestone goals. If I just finish a book... If I just final in a contest... If I just get an agent... If I just get a publisher... Then everything will be okay and on the right track. But there are still milestones on the other side of the contract. If I just get a good review, a starred review, another contract, more marketing push, a bestseller list... The entire career is a ladder and there is always another rung to climb. As some point you just have to accept that there will always be something more to strive for, another goal just out of reach. That's what keeps us motivated and pushing ourselves harder as writers. 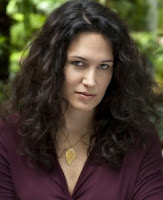 How long did you work on this book?
The book itself took 6 months to write...that's the first draft. But with feedback, revisions, delays, being bumped twice, and other sundry details, it took almost 3 years. The offer was made in January, 2008 and Luminous hits the shelves June 30, 2011. I hate math, but I obsessed over this one! Would-be writers be aware: publishing moves at the speed of plate tectonics. I think it has something to do with yetis.

How was your journey to publication? Long, short, how many rejections?
As I mentioned above, the manuscript itself was snapped up pretty quickly...actually VERY quickly as I got the offer on a partial manuscript, meaning that I wasn't even done writing it yet! But that was the fourth manuscript this editor had asked about, the other three were "good, but not a good first book" (silly me for writing them out of order!) but what that really meant was that I had to grow as a writer before I had something worthy to stand out on the shelves. From my first foray into the Children's Literature world to getting an offer was roughly 15 months with lots of stock rejections for my attempts at picture books, polite rejections for my attempts at middle grade, and some real interest (i.e. personal rejections and inquiries) in my attempts at young adult. It's tough to call how "long" or "short" this was since I started writing full-length novels in 1985 but never submitted anything to anyone until 2005, starting with those picture books. So either it's been a very long or very short journey. Truth be told, if you ask any author and it always FEELS like it's been forever! Patience is a virtue and, in an author's case, a must!

What has surprised you most about becoming a published author?
A lot has surprised me. The best surprise has been how incredibly supportive the kid lit community is. I'm not exaggerating that there are so many professional, big-name people who are willing to Pay It Forward with helpful blogs, websites, chats, exchange of emails, invites to connect and even long, meandering phone and Skype calls, it's mind-boggling. I am so grateful to these people--editors, agents, authors and teachers--it would be impossible to name them all (although I do have a long list up on my website for gushing and linking)! But the most startling discovery was that I was supposed to have an "online presence". This part of the being a published author never occurred to me. I thought my job was to sit and write books! I had a crash course learning about blogs and Twitter, Facebook and Tumblr, LibraryThing and Shelfari and Goodreads and all sorts of platform-building stuff when I discovered was all I really wanted to do was connect with people who loved writing, reading, genre and ranting about gender and diversity as much as I do. When I found those threads, the rest became addictively easy. (I know "addictively" isn't a word. But it should be!) If you surf the web in any capacity, you know what I mean!

Here goes! Thanks to kind authors and publishing houses, we're happy to announce giveaways of WITHERING TIGHTS, SHARKS & BOYS, and 5 signed bookmarks courtesy of Dawn Metcalf for her book LUMINOUS. The AMAZING Dawn Ryan at Simon & Schuster is offering 3 copies of Lisa Schroeder's THE DAY BEFORE along with 3 copies of IT'S RAINING CUPCAKES!!! Please leave a comment on this post and fill out the form below to enter! The contest is open to US residents and winners will be announced this Thursday.