Today's WOW guest, Meredith McCardle, worked as a practicing attorney for a number of years before she decided to take time off to stay at home with her young daughter and write full time. She lives in South Florida and is represented by Rubin Pfeffer of East/West Literary Agency. You can find out more about Meredith at her website (http://meredithmccardle.com) or you can follow her on twitter (http://twitter.com/MeredithMcP).Be Fearless 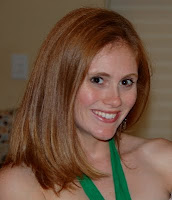 When I was asked to write a guest post for WOW Wednesday, my first reaction was an unabashed “Heck yes!” But shortly thereafter, my reaction faded into a “Well ... crap, what in the world am I going to write about?” I sat back for a bit and thought about everything I’ve learned on my journey, and I suppose if I have one piece of advice, it’s this: be fearless in every aspect of your writing life.

How about a few concrete examples?

1. Be fearless when you write.

When I wrote the very first draft of FOUR STONES, I was like a timid, little mouse facing down a mountain lion. In this case, the mountain lion was the thought of writing a book. I’d written a few stories and had a number of false starts on novels, but I’d never actually completed a whole book. But FOUR STONES was a story dying to be told, so I told myself I would tell it, as scared as I was. I hunched my shoulders, didn’t take a single chance and cranked out the worst first draft known to mankind. Seriously. It was so bad that I actually cried, then pitched the printed manuscript into a bottom desk drawer and didn’t touch it for over a year.

In the interim, I wrote several more stories. I read books on writing. I honed my craft. I found my voice. I took risks and discovered they paid off. And finally I was ready to tackle FOUR STONES again. I pulled it out of the drawer, read it through once more, then opened a blank Word document and started telling the story again from scratch. But I wasn’t a field mouse this time. No, this time I was mountain lion too, a mama mountain lion, and FOUR STONES was my baby. I was going to protect my baby from the predator that was my fear. I attacked the manuscript, leaping into uncharted territories with my eyes closed, fighting off my self-doubt and allowing myself to take a leap of faith.

Let’s be honest, I had another first draft when I was done. But I had a better first draft, one that didn’t need nearly as much work to whip it into query-ready shape. Timid writing shows on the page, so banish fear from your writing and take risks. They don’t always pay off (and I have several stories to show for that), but when they do, they can lead to magical results.

2. Be fearless in choosing critique partners.

Have you ever encountered writers who say they want their work critiqued honestly, while they really mean that they want nothing but “OMG, you’re the best writer ever and everything you write is genius and you’re totally going to win a Printz award with this one and if I have anything critical to say at all it’s only that you missed this one comma on page 76?”

Praise is good. Praise is helpful. Praise keeps us going when we feel like giving up. But we’re not going to grow if all we hear is praise. No, the best critique partners are those that push us outside of our comfort zones and force us to be better.

I once read somewhere that if you get to the point where you feel that you’re the best writer in your critique group and you’re no longer learning anything, it’s time to move on. I think there’s a lot of truth to that. Just like in sports—or anything, really—it’s always a good idea to surround yourself with people whose talent level is something you aspire to. Choose your critique partners wisely, and choose people who you think are just a little bit better than you are. It might be a scary thought, but it’s going to make you work that much harder.

3. Be fearless in believing in yourself.

I’ve heard before that a professional writer is just an amateur writer who didn’t give up. I love this saying, and let me go ahead an tack on another simple truth: If you don’t believe in yourself, no one else will either.

I will be the first to admit that it’s hard to believe in yourself 100% of the time. Alright, fine, I’ll go so far as to say it might even be impossible. We all have those moments when we feel like complete hacks, when everything we write is terrible, when we have no business calling ourselves writers. That’s normal. The hard part—but the part we absolutely must do—is to keep going in the face of adversity.

I attended a conference in January, and trust me when I say I had a pretty disastrous first day. During the Friday session, I submitted a reworked first page of FOUR STONES to be read aloud to a critique panel. I wanted to try out a new opening of the book that I thought might be stronger, and ... FAIL. The panel’s feedback was brutal. I’m not exaggerating. They threw me one pity compliment and then proceeded to rip me to shreds. There was a part of me that wanted to pack up and head home, but I held my head high, told myself I’d stick it out and ... ok fine, the open bar at a party later that night might have helped my resolve just a tad.

The next day I was signed up for a critique. I’d found out beforehand that I had been matched with Rubin Pfeffer, a known veteran in the publishing industry. And I mean VETERAN veteran. Like ‘launched an imprint at Simon & Schuster’ veteran. After the Friday beating I’d taken, the last thing I wanted to do was face another critical shredding of my work, especially by someone as experienced and influential as Rubin. But I reminded myself why I was there—because I believed in myself as a writer and because I believed in my book. As I sat down across from Rubin in the critique room, I let all the nervousness roll off my back and acted like I was the most confident person in that room. Two months later, when Rubin officially signed me as a client he told me that my confidence had been a big plus.

So believe in yourself. The writing journey has lows, but don’t let them get you down. Put a smile on your face (even if you have to fake it!), remind yourself that you are going to make it, and keep pressing forward. The high could be right around the corner.
Martina Boone at 6:00 AM