Are you ready for even more YA releases? Read on for author interviews, great books, and scroll all the way down to enter to win our giveaway. If you missed yesterday's post, you can go back and see the other books that release this week. You can also enter our giveaway a second time!

by Jen Violi
How long did you work on this book? 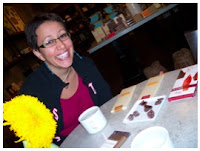 Putting Makeup on Dead People first emerged as a short story in August 2005. The narrator, Donna, kept demanding more stories after that until she had filled a book that I submitted in 2007 as my MFA thesis at the University of New Orleans. At that point, Putting Makeup on Dead People consisted of short stories, all in Donna’s voice, the earliest one with her at age five and the latest with Donna in her late thirties. I kept revising this novel-as-stories for the next year and then started submitting the manuscript to agents.

For about six months, I got some very nice passes from some very nice agents who liked the writing, but weren’t quite sure what to do with my book. Then in January 2009, my friend and fellow writer Lish McBride sent me to her agent, Jason Anthony, at Lippincott Massie McQuilkin. I wasn’t about to pass up the opportunity, but I was dubious. While my book had corpses, none of them were coming back to life, as they often do in Lish’s writing. But it turned out that zombies were not required.
In the midst of all of these Donna short stories, Jason saw a young adult novel waiting to emerge. Hearing this, I freaked out, inner monologue as follows: But, but, I’ve worked so long on the book the way it is. I kind of thought it was done. And that would mean I’d have to cut this, and this, and that! EEEEEEK!
After some deep breaths and a little chocolate, I was able to see the merits in Jason’s suggestion, and I could begin to see all of the ways I could strengthen and tighten the story I wanted to tell by revising it down to one year of Donna’s life, rather than the almost forty years it first spanned. Once I made the decision to take that leap, things happened fast. I knew it was the right choice as new material sprouted easily out of the old and the story still seemed to pulse with Donna’s heart. Within three months, I had a whole new book written and ready to submit. A month after that, I accepted a deal with Hyperion and by August 2009, with the help of the brilliant Tamson Weston, the book was for the most part ready to go. Then the anxious waiting and the drumming fingers and checking to see if May 2011 might come earlier than expected.
What advice would you most like to pass along to other writers?
Keep writing for fun. Keep returning to the source. It’s so easy for writing to become about business or about what kind of feedback we get or about self-flagellation and torment. But I think most of us start writing because we love words and stories and found magic there as soon as we could read and write them. For me, remembering the joy in writing comes through free writes and letting myself be playful, writing without purpose or agenda, just savoring sounds and arrangements of awesome words, like flagellation, which, by the way, is much more fun to write than to inflict upon oneself or anyone else.
What has surprised you most about becoming a published author?
I guess that I’m still a real person. Since I could read, I did read, and I always thought of published authors as magical, with a little bit of a superhero status. A tiny, exceptionally hopeful and certainly delusional part of me thought I might get a cape or perhaps the power to turn regular orange juice into mimosas once I published a book. However, I’m still me. On a more serious note, I do think I had a sense that publishing a book might somehow mean I’d “arrived.” But the whole experience has been a great reminder that arrival is never a one-time thing—in publishing, in matters of the heart, in matters of living. I am a work in progress, and as much as I celebrate this accomplishment, it doesn’t mean that I’m done. And really I wouldn’t want to be. I’ve got more books to write and more stories yearning to find their way into the world.

by L.A. Weatherly
How long did you work on this book?

Alex and Willow have been in my head for a long time, especially Alex (twenty years, anyone...?) - though it was only recently that the perfect story for them came to me. Once I had the idea for Angel Burn, I knew immediately that this was it; I finally had the right plot for these characters I'd been in love with for so long! The actual writing of the book happened very quickly after that, probably no more than four months - it had been building inside of me for a long time, and just poured out. So, somewhere between four months and twenty years!

How was your journey to publication? Long, short, how many rejections?
I was very lucky not to receive that many rejections when I finally started submitting my work (which took me years to get up the courage to do!) – I think the 6th agent I submitted to took me on, and then maybe the 5th publisher who she submitted to. However, it still took three or four years for my first book to actually be published after that. Looking back, I think there was a real spark to my writing, which is what got me an agent and a publishing deal, but it was also at a pretty early stage- there was a LOT that I needed to learn about structure. My editor at that point, the legendary David Fickling here in the UK, essentially took me in hand and taught me the nuts and bolts of crafting a story. It took a while, but hopefully I got there in the end! I'll always owe him a huge debt for that. (Thanks, David!)

What advice would you most like to pass along to other writers?
I'm assuming you mean writers who aren't published yet! My advice would be to learn all you can about both the craft and the business before you submit your work. I often teach writing courses here in the UK, and I can always tell which writers immerse themselves in that whole world - they belong to writers' groups where they swap critiques, they go to conferences where they meet agents and editors, and so on - and as a result their work tends to have a very polished edge; they're also quite savvy about the business before they become published, which can only be a good thing! Also, READ YOUR GENRE. For instance, it's amazing how many aspiring children's writers I meet who haven't read a book for children in thirty years.

What has surprised you most about becoming a published author?
I'm perpetually surprised that I can make a living doing something I love so much. Also, I was surprised to learn that public speaking will not actually cause you to shrivel up and die with fear, and that once you get used to it, it can even be fun. (All my family and friends are sick of Angel Burn by now, so having a captive audience to talk to about my favourite subject is great!)

by Jennifer Bradbury
How long did you work on this book? 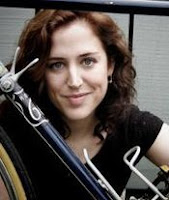 The seed of the story came years ago when I was in college and a professor mentioned the practice of mummy unwrapping parties. I wasn't writing fiction at the time, but I remembered thinking that somebody should write a book about that. So, many, many years later, when I was waiting on editorial for my first book, Shift, I was feeling restless and started toying with the ideas that eventually became the plot of Wrapped.

How was your journey to publication? Long, short, how many rejections?
This book was pretty uneventful. My agent showed it to my editor once we'd gotten through the rewrites on Shift, and she liked it and bought it and a sequel.

What advice would you most like to pass along to other writers?
Keep writing. Once you get through one book, take a short break, and then start something else. You learn something new every time to you write a new story.

What has surprised you most about becoming a published author?
Hmm . . . maybe that I'm even more shy now about telling people that I'm a writer. I know that sounds odd, but it has been one of the more surprising things on this journey.

The Warlock (The Secrets of the Immortal Nicholas Flamel)

by Tracey Porter
The Girl in the Steel Corset (Steampunk Chronicles)

Ooh, we wish we could enter our own giveaway! We have an ARC and a finished copy of THE WARLOCK. We've got PUTTING MAKEUP ON DEAD PEOPLE, as well as a copy of ANGEL BURN. Please leave a comment on this post and fill out the form below for a chance to win. The contest is open to US residents and winners will be announced on Thursday!